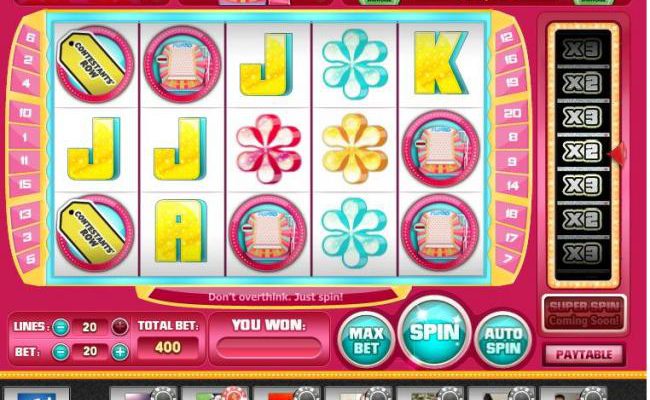 Come on down! You’re the next contestant on The Price is Right… Slots?

Pricing games, classic music, “The Big Wheel” and beautiful models: The Price Is Right Slots by Ludia combines all of those elements from the greatest game show of all time with modern slots features for reel and wheel-spinning action on Facebook. Except for the models – you’ll have to provide those yourself.

In a textbook case of “Why didn’t I think of that?,” The Price Is Right Slots revolves around the simple concept of turning a bunch of the well-loved pricing games from the TV show into their own individual slot machines. You start as a new player with Cliff Hangers, unlocking more machines as you level up within the game. 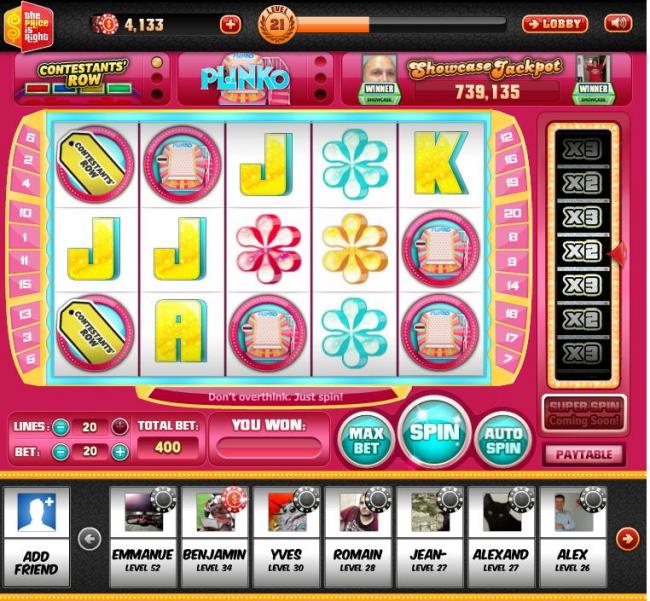 The gameplay is fairly standard for Facebook slot games: Each machine has 20 paylines, with different combinations of symbols paying out various amounts of Chips. Only one Chip per payline can be wagered at the start, but you’ll quickly earn the ability to bet more per line as you gain levels.

Unveiling three or more Big Wheel symbols on any valid line activates the Big Wheel bonus game, which consists of several free spins plus a spin of the Big Wheel (recognizable to fans of the game show as the way to get into the Showcase Showdown) that multiplies any winnings. There are also two bonus games to enjoy: Contestants’ Row, which you’ll find on every machine, plus a second game themed to the machine’s namesake pricing game. 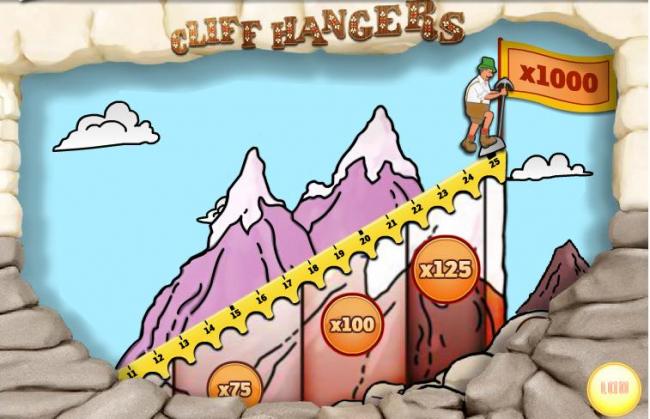 That makes the bonus rounds the real attraction, and the best application of The Price Is Right license. In Cliff Hangers, for instance, the intrepid mountain climber that Drew Carey calls “Yodely Guy” advances between two and 20 steps depending on which number you uncover from a choice of five coins. The bonus multiplier for the Chips you win during the round increases with every few steps, up to 1000x if you can get Yodely Guy to exactly 25 steps. Take him too far, though, and you’ll watch him fall and your bonus drop.

Contestants’ Row is a little less satisfying simply because it doesn’t really simulate the competitive nature of the TV show segment. Instead of picking prices, you’re simply choosing from one of three cards that flip over to reveal a bonus multiplier.

The other drawback to both types of bonus round is that they don’t come around often enough. Hitting three Contestants’ Row or pricing game symbols on a payline simply gets you a token, and you need three of those same tokens to play the corresponding bonus round. Thankfully, the tokens are at least saved for you between play sessions. 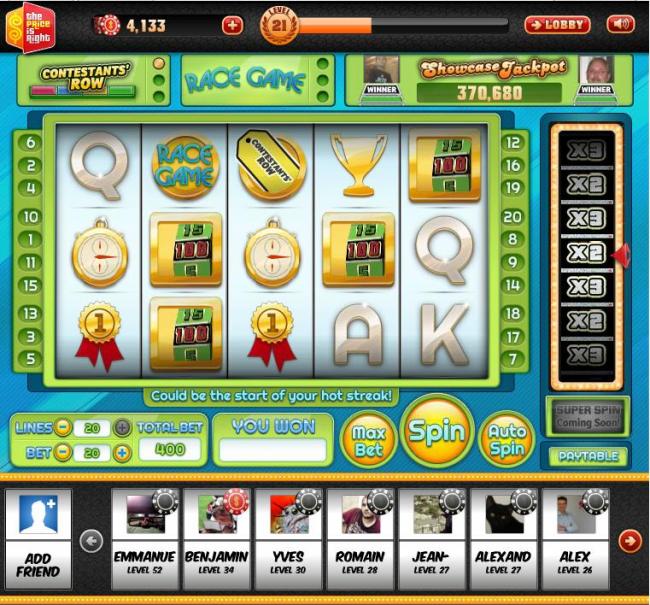 It’s also a bit of a grind to unlock enough different machines to give the game some variety. As mentioned above, you start with only Cliff Hangers playable, and while you level up fairly quickly early on (earning one experience point per Chip wagered), the amount of XP you need to gain a level increases as you go. That basically forces you to play for as many Chips as possible unless you want to hear the polka music from Cliff Hangers forever, and it would have been nice for Ludia to throw players a bone and let them start with, say, three different machines.

To encourage return visits, the game allows you to collect some free Chips every four hours. And as this is a Facebook game, you can also purchase Chips with real currency and send them as free gifts to friends.

Hearing the theme song when first entering into The Price Is Right Slots lobby always inspires a smile, and the pricing game bonus rounds are a good time. It’s just a long haul to Plinko at Level 20, and while hardcore fans of the game show won’t mind, anyone else may find it a little less than they need to get their slots fix.