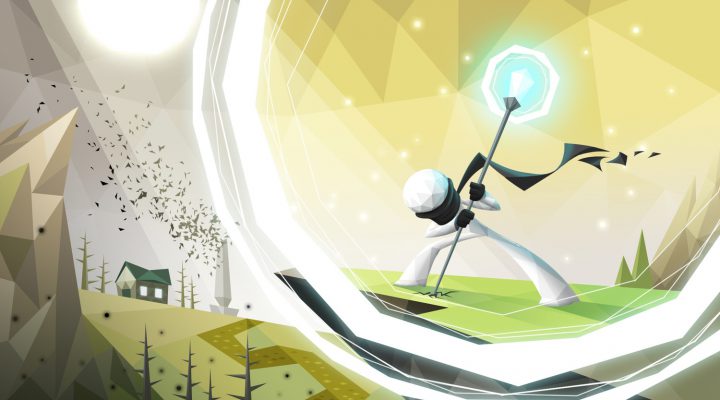 Engaging cause and effect

I believe that games can act as a cultural barometer, capturing the desires, fears, and conflicts of their time. However, as grand a statement as that may be, I’m also rather cynical about games with an overt agenda where the message takes precedence over production value or actual gameplay. Path to Luma proves that a game with a message can be artful, challenging, entertaining and well designed.

NRG, a company developing low carbon and clean energy technologies, partnered with Phosphor Games Studio, creators of Horn, to make The Path to Luma. As an androgynous robot named SAM, a Sustainability Augmentation Model, your goal is to harness sustainable energy sources in varying combinations to clean up pollution while powering dwellings on each of 20 environmentally diverse planets. The opening cutscene offered up the lofty proposition that “the power to change worlds lies in your hands.” After the introduction, the 20 planets — ostensibly levels — spiraled down to reveal themselves, and I immediately began playing with them. Their art style and physics were instantly appealing; when the level menu alone is entertaining, you know something special is to come. 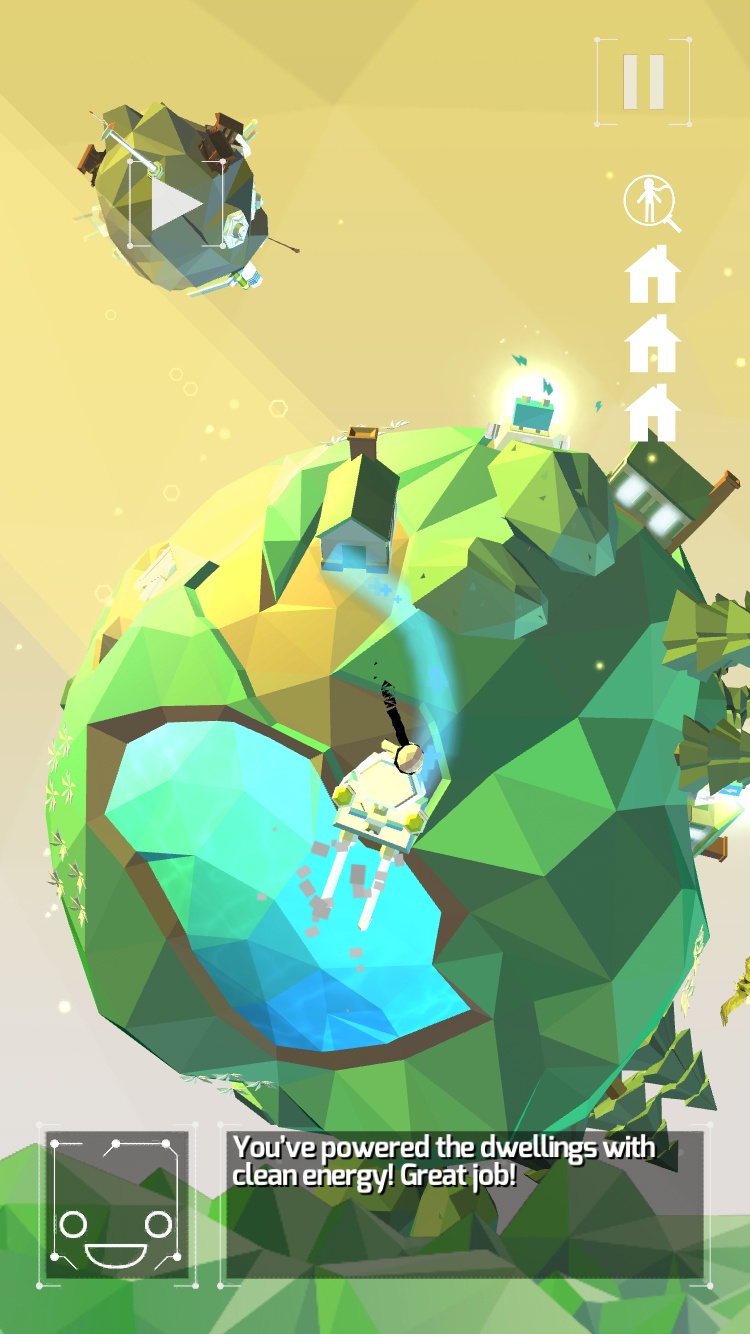 Each level is spherical, with SAM traversing the surface of the planet guided easily with one finger. As levels progress, SAM will need to find, power and operate an increasingly more complicated combination of tools, transportation and gates to clean the environment and power houses. Sun rays are harnessed through a “solar spear,” an array of panels shaped like a flower. Turbines transform wind into energy, while water offers kinetic energy and extracted hydrogen to be used as fuel. Batteries store clean energy, a “carbon capture” device repurposes emissions, and waste-to-energy technologies minimize the impact of trash. 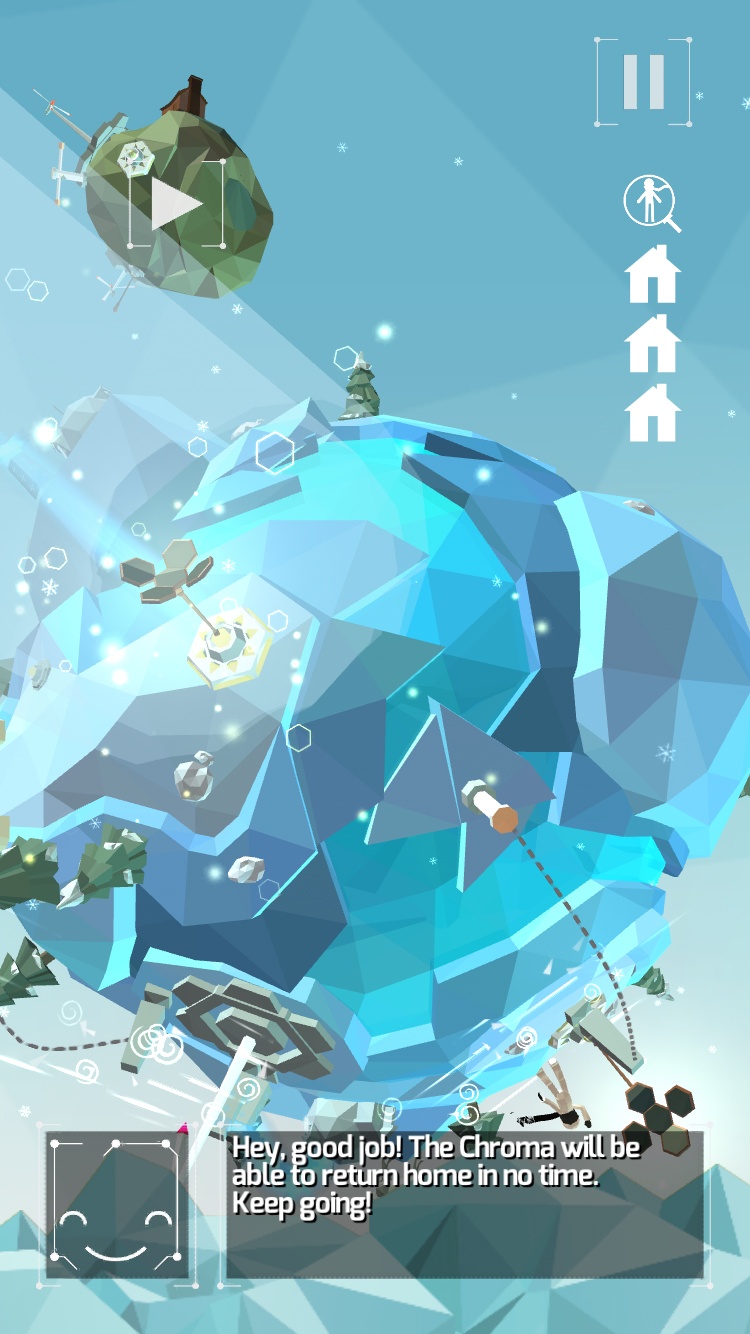 The Path to Luma accomplishes the incredible task of transforming the functional mechanics of these technologies into joyful, aesthetic, satisfying gameplay interactions. Activating a solar panel by tilting the axis of the planet results in a celebratory explosion of light. Charging a battery gives a little charge of excitement. Priming the water purifier and watching the water change from brown to blue is actually gratifying. With each cleansing act and each new house powered, an area of the planet blooms anew with life. Soaring eagles, shuffling bears and bounding deer all become part of a verdant, healthy environment. Once you’ve solved all of the energy puzzles for a planet, it erupts into a bright, thriving ecosystem. The game expertly utilizes a polygonal art style, responsive lighting and thoughtful use of color to convey meaning and efficacy. The cause and effect of problem solving is therefore beautifully rewarding.

I did encounter some points of frustration due to the small size of some elements. I unintentionally triggered the switch on the carbon capture several times causing a tedious delay in my progress. There were some puzzles that required a specific axis tilt for sunlight or wind which then caused that area to be difficult to see. I often found myself attempting to zoom in to address these issues, but that was unfortunately not possible. Aside from these minor usability issues, the game is easy to play with one hand, making it perfect for commuters or casual players.

Overall, The Path to Luma is charming and challenging, with truly delightful rewards for solving compelling and engaging puzzles. And once you progress far enough, you’ll also be treated to rock monsters, gnomes and dragons beyond the standard fauna. Amazingly, The Path to Luma is free to play, has no ads and no in-app purchases. Though a cleaner future in real life will take a whole lot of work, this great puzzle game with a meaningful message is just one free download away.