Home / Reviews / The Outer Worlds [Switch] Review – Out of this World? 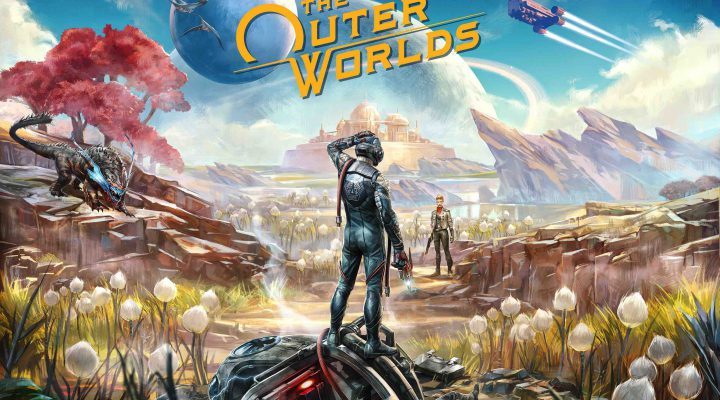 Companions really add to the experience

Not a great fit for the Switch

Attempting to port The Outer Worlds to the Switch was incredibly ambitious, but developer Virtuos have done an impressive job. Whether the game itself is a good fit for the system…is another matter altogether.

A sprawling space-set RPG, The Outer Worlds sees you playing as your own custom-made colonist – one who awakens on your ship much later than anticipated, and ends up heading straight into a conspiracy set across a massive solar system.

From the off it’s clear the game’s massive scope and setting hasn’t been cut down in this port – with all the locations and dialogue remaining intact.

Which is just as well, seeing as it harks back to the older Fallout titles. This is because there’s a significant focus on conversations, with branching dialogue trees enabling you to convince characters to fight, trade, co-operate, and – well, a lot more besides.

So it’s just as well this dialogue is consistently well written, with characters being clearly defined. There’s no lazy repetition in NPCs, and every being you encounter has to be treated in a different way.

It’s possible to get through the game without fighting anyone if you wish of course, but it’s also easy to do the exact opposite. You may want to avoid doing the latter though, as the combat is often quite unsatisfying and messy. It’s not broken by any means, but certainly isn’t where the game shines.

Everything is then wrapped up with a levelling up system that is multi-faceted, but not as daunting as you might think – even if you’re a newbie to the genre.

Almost every element of your character can be tweaked and levelled up, and then there’s the chance to enlist companions to come with you on missions – adding further possibilities in terms of foraging environments and (if you wish) battling the many enemies you’ll bump into.

The Outer Worlds is often not a great fit for the Switch though due to the detailed menus and realms of tiny text being thrown at you – when playing in handheld mode at least.

There’s also the inevitable hit to the game’s visuals – which were never stunning, but the way they’ve been simplified here can often detract significantly from the spectacle.

Performance wise it works as it should, but perhaps only consider this Switch port if you have no alternative format to choose from.