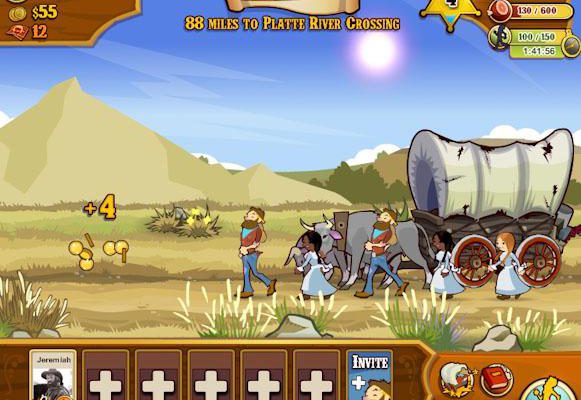 Bugs and other issues make The Oregon Trail lose its way long before the end.

The Oregon Trail is brutal. When it’s not subjecting you to the ills of dysentery and incurable snake bites, it’s plaguing you with bugs and forcing you to spend lots of virtual currency. It’s very much the same game that swallowed many hours of free time back in the 1980s, but it loses some of its addictiveness in the transition to Facebook. There’s more than enough cholera to go around, but a host of bugs and an over reliance on cash items leave this new incarnation broke down by the trail.

Very little has changed. You still start out at Independence, Missouri, choose and name your party members, buy supplies, and try to make it to California in the face of overwhelming odds. You have to decide how you want to ford rivers and whether you want to wait out dust storms, as well as how to handle bandits and bison stampedes. Even the basic look of the game is the same, save for a graphical overhaul and the implementation of social game staples like energy and stamina bars. 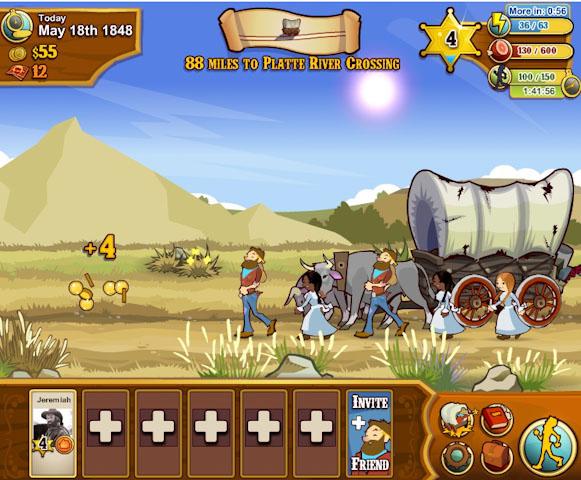 But that’s where things start to differ. Energy lets you play one of three mini games that have you either hunt for food, repair your wagon, or simply look around for precious valuables. Repairing your wagon involves a new Tetris-style puzzle that requires you to use as few pieces of wood as possible. Hunting is similar to previous outings, but now some beasts take a few shots to kill and you have to collect the food before you add it to your inventory. This is crucial since your food supply dwindles by a point a mile and it can’t be replenished by waiting. And even if you master hunting, you can lose any food you collected if you get mauled.

Progress is limited by your stamina, which rapidly decreases as your party makes its way west. When you run out, your party must rest for a while unless you’re willing to fork over a few “Trail Notes” for real-world cash. The bar refills when you make a level, but it’s quite possible to run out before you’ve even reached level two. This overzealous focus on Trail Notes plagues the game. When one of your party members gets sick, you can wait a few days, forge ahead, or you can fork over a Trail Note and make her better. Need to buy supplies? Since there’s no trading, you’ll need to give up some in-game currency or, more likely, some Trail Notes. 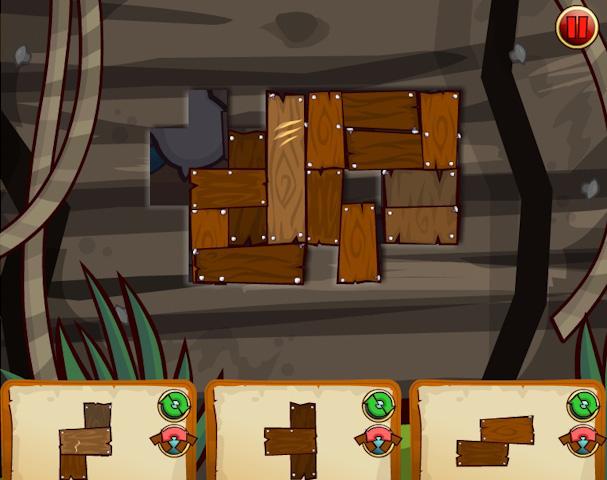 A bit of real world cash helps you combat almost every problem in The Oregon Trail, but it’s no guarantee of success. The game starts you off with 13 free notes, but you use these up very quickly. Most exasperating of all, you’ll occasionally encounter some cutoff trails that require a certain number of friends to unlock. This on its own is standard social game practice, but The Oregon Trail makes you spend three Trail Notes to unlock the feature. The ability to unlock professions later on softens some of the expenditures, but it’s all too tempting to pump dozens of dollars into this model. Other versions always drove home the importance of decisions and planning; here the greater focus is on watching your energy and stamina bars and planning accordingly. It’s enough to make this feel like a different game. 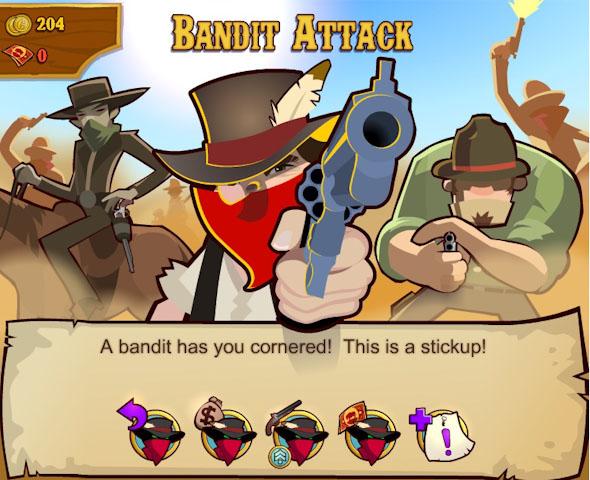 And then we come to the bugs. The game is remarkably troublesome even for a beta. The hunting game is incredibly laggy and you’re usually better off simply buying food supplies. The interface doesn’t always respond to clicks and it sometimes says you’re ahead of schedule when you’re months behind. The game as a whole feels too slow, and there’s really no tutorial to help you on your way. In essence, you just have to click around and hope for the best.

There’s a masterpiece somewhere under these snags, but it may be a while coming. The Oregon Trail was always meant to be a learning game; a game that taught you how to manage your small stash of supplies and cash and get your family to the other side of the continent, all while imparting an unobtrusive history lesson. There are sprinkles of that in the Facebook iteration, but unfortunately one lesson looms over all the rest: don’t release buggy games.