Home / Reviews / The One Ring Review 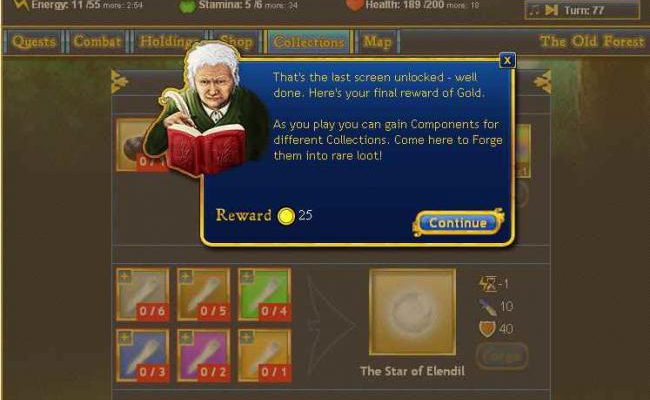 An evil gift from The Dark Lord

From the mainstream hits of The Lord of the Rings and The Hobbit, to the lesser known Unfinished Tales and The Silmarillion, I’ve delighted for years in the masterful scribblings of J.R.R. Tolkien. It was with great excitement, therefore, I set out upon the Facebook quest known as The One Ring. Does this latest offering from the vault of Saul Zaentz give fans a true fellowship worthy of Valinor, or has evil crept back into the world of men?

The One Ring takes a very safe approach to text-based role playing. You take on the role of a nameless character who has come to aid Frodo in his quest to destroy the Ring of Sauron. Very early on in the adventure, Frodo entrusts the ring to you, and though you’ll travel along paths familiar to Middle Earth, the game takes more than a few liberties with the source material. 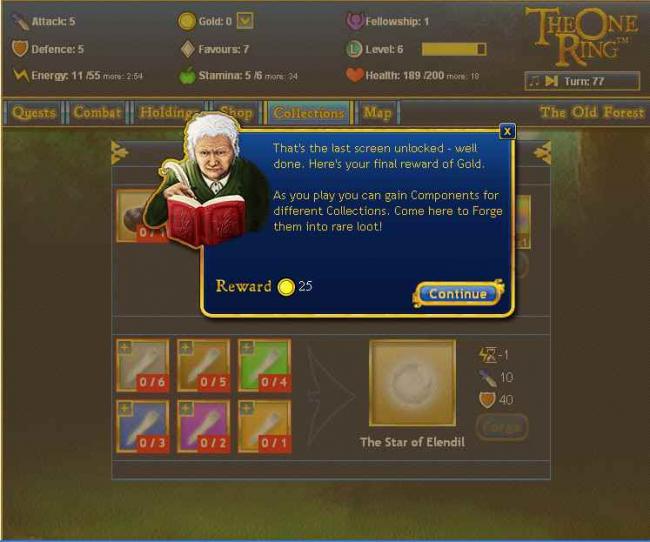 The gameplay, if one can truly call it that, is mostly a matter of clicking on execution tabs. You’ll complete quests by simply tapping an icon that says “Do Quest,” with multiple clicks often required to complete a single quest. Folks versed in the likes of the original Mafia Wars or Pirates of the Caribbean: Master of the Seas will be all too familiar with the formula set out here.

To the game’s credit, The One Ring has a solid system for quest completion. Quests are presented in a cohesive fashion that coincides well with the story, and often you’ll be required to first engage in a battle or three before a particular quest can be taken on. The rewards for quests are also divvied up nicely; if you run out of stamina – a requisite for battle – you can always take on side quests to earn more. Though the lack of any real action makes for a rather ho-hum presentation, the gameplay is somewhat satisfying.

Unfortunately, it’s in the details where The One Ring loses its way. You’ll be given the opportunity to earn freebies (such as new armor or weapons) by watching adverts. Some of these videos run upwards of 10 minutes and you’re required to watch the entire video in order to receive your free gift. Much like the Scouring of the Shire (a late chapter of the third book), the game can be a cruel task master that rewards you will frivolity.

Worse still is the fact that equipment you gain is auto-equipped, and stats for damage, armor, etc. are never reflected properly in-game. Characters unlocked throughout your journey can be added to your battle party by using currency the game calls favor, but you’ll either have to grind for weeks to earn enough, or purchase the currency with real-world money. Once you’ve unlocked characters, however, assembling your party is a tricky and confusing process. With party and equipment systems this problematic, it’s impossible to justify spending either the time or the money required to progress. 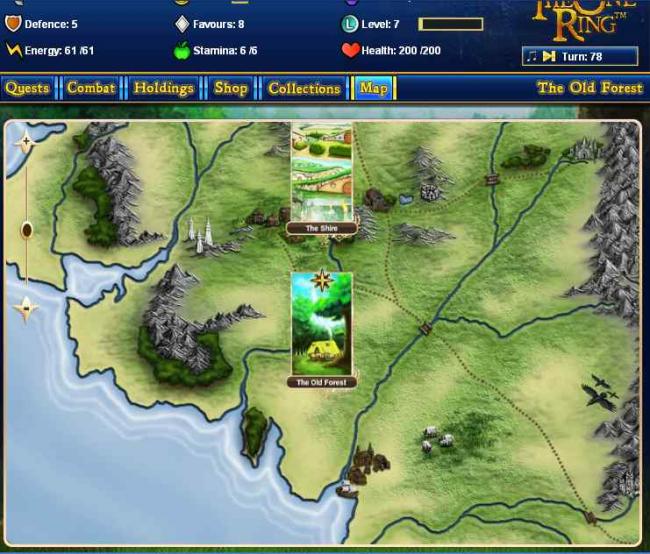 Perhaps the game’s greatest asset is its soundtrack. A vast selection of ethereal themes play in the background, changing seamlessly from one track to the next like a pay-to-play radio station. The tunes are an excellent fit for the game’s setting, though there is a complete lack of sound effects. The visuals are attractive 2D drawings, but don’t expect anything in the way of animation or panache.

In the end, I felt my journey toward Mount Doom was a fruitless venture. The RPG components are solid, and there’s a glimmer of enjoyment just on the horizon. However, a broken stat system and abhorrent incentives (in the form of must-watch video adverts) – on top of an already boring gameplay formula – make for an experience that is anything but adventurous. If you’re a fan of the franchise, do yourself a favor and find another way to save Middle Earth.