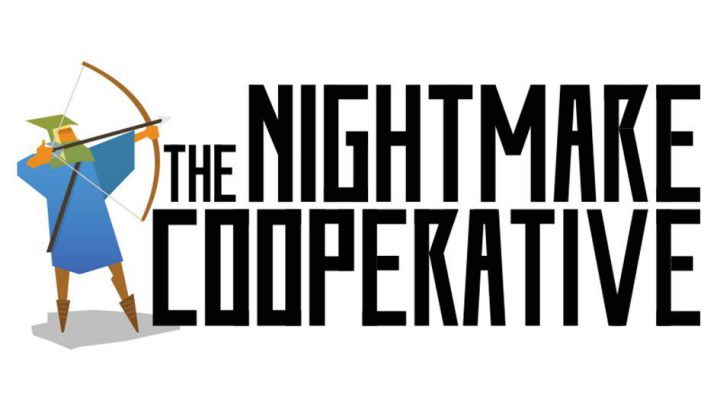 A clever mish-mash of other games' ideas, and not just other roguelikes

The controls and general feel of the game scream that it would be a much more natural fit on a phone or tablet.

The Nightmare Cooperative is a game that exists in an odd place for me. I think it’s a pretty good game. I think I get what it’s going for with its various elements, and I appreciate them. But there’s just some things that keep me from loving it – and perhaps it’s not on the right platform yet, either.

This is kind of like what would happen if 868-HACK met up with Threes!. This roguelike is all about getting gold, whether it be on the floor or in treasure chests. The treasure chests are a double-edged sword: they give gold, but also unleash additional enemies on the map, with new ones that spawn periodically. 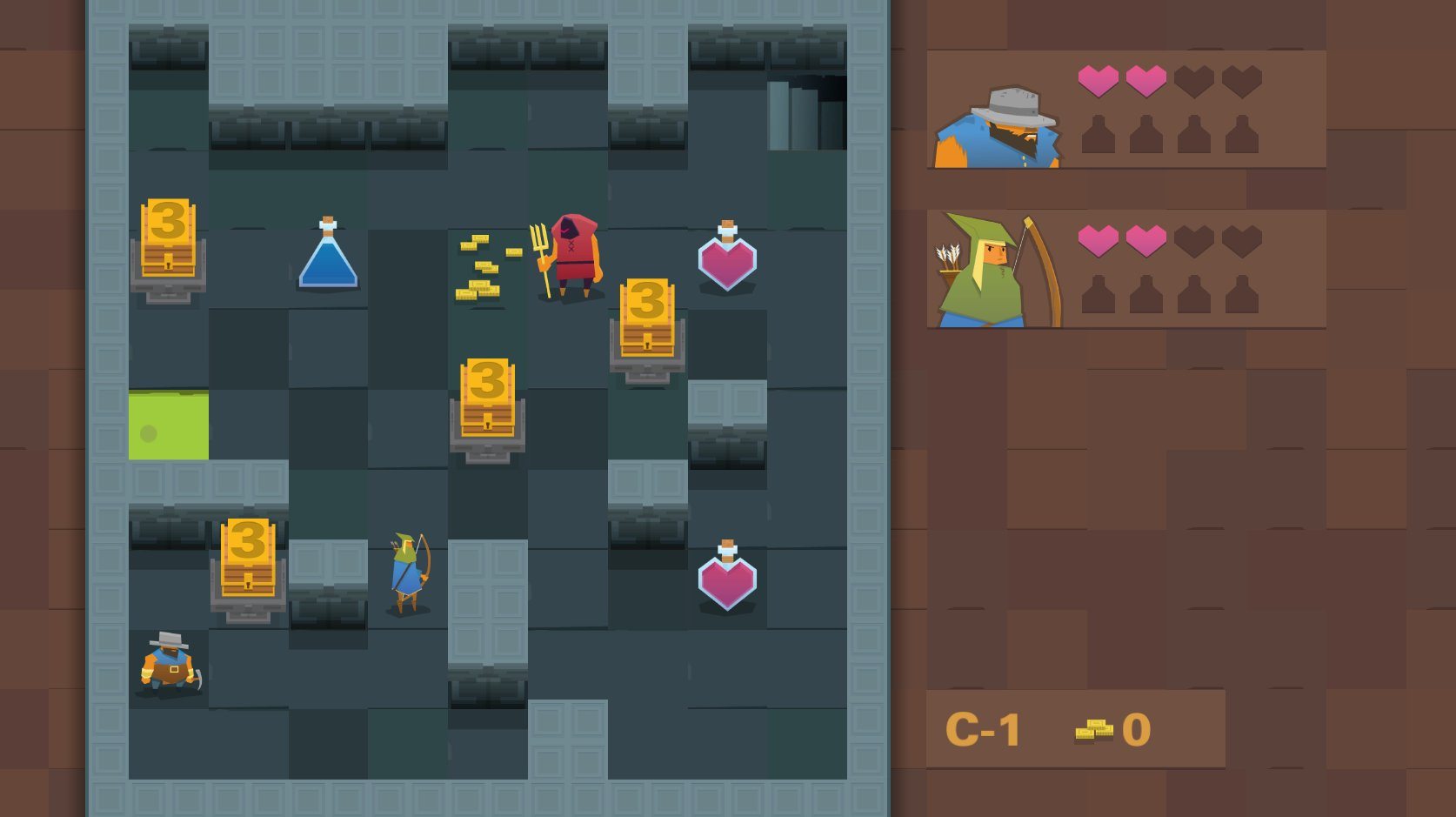 Players control a party of up to four characters, each with different special abilities: one can heal, another can attack twice (enemies take two hits to defeat, and can attack if next to a character), another can attack diagonally, and so on. They’re otherwise the same, which is appropriate because they all move simultaneously and use their abilities as such. So moving up might keep one character from moving because they’re obstructed, or move another into harm’s way, or into a deadly lava pit. 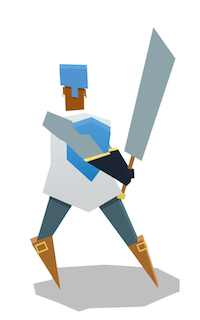 Managing the cooperative and keeping them safe is paramount: it’s best to play the game slowly and deliberately, considering what each move will do. It is possible to get some characters to the exit but have one or two die on a level without it being game over. If a character dies, it’s possible to find new ones while exploring the dungeons. But if the entire party dies, you’ll have to start fresh with a new random pair of warriors to go for the gold.

There’s a dark humor running underneath the game, with its very premise of warriors going in to deadly dungeons because their town went over budget, and the character descriptions that talk about personality quirks. I like the diverse character styles and the new challenges that come from having to manage four characters that move simultaneously at once. That’s where the Threes! element comes in. Learning how to manage without micromanaging is an aspect I appreciate.

The problem is that I just have not quite gotten to the point where I love The Nightmare Cooperative yet.

Perhaps it’s that the risk-reward element of treasure chests was handled a lot better in 868-HACK. The Nightmare Cooperative isn’t easy, but it’s far less brutal than Michael Brough’s take on the roguelike. When gold is collectible throughout the dungeons and a treasure chest might only add a couple of enemies in another corner of the level, the challenge feels a bit lacking.

The enemies already in the level are difficult enough to fight or avoid without taking heavy losses. Finding the ways to get into ideal encounters is the key to the game, but when levels can end on a thud as they new enemies spawn far away, I never get that feeling of grand conquest by tackling a tough challenge. Good runs feel like they fizzle out more than me really screwing up. There are ways to make a lot of little mistakes, but the difficulty just exists in that muddled morass of being difficult, but not in the way that I feel like I’ve accomplished something. 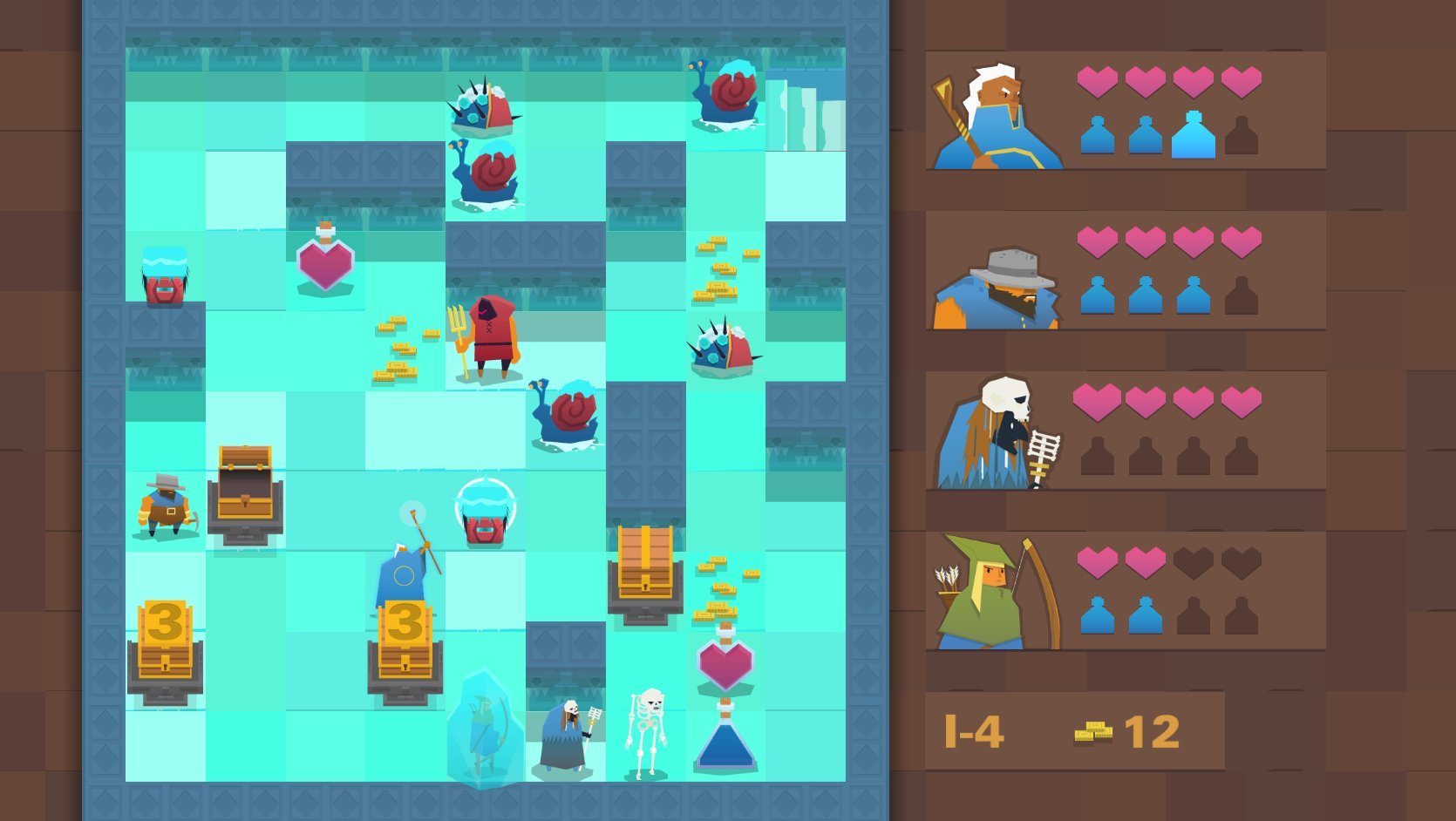 I don’t think the controls help at all with the experience: using the arrow keys and not having the option to use WASD, or a gamepad doesn’t make this the most satisfying play experience. In fact, the game’s kind of an odd fit on desktop platforms anyway: the pace of the game is perfect for mobile, and I really look forward to giving this a run on an iPad. Swiping to move the cooperative seems like it would just be more fun than using a keyboard. This is a perfect phone and tablet game, and there’s just a barrier between me and the game that I can’t quite get past.

And that’s just the thing: I think this game is good, I’ve enjoyed some of my time with it, but great roguelikes have that “one more run” feeling that I just never got with The Nightmare Cooperative. Ask me again when this game goes mobile: it could just feel so much better.