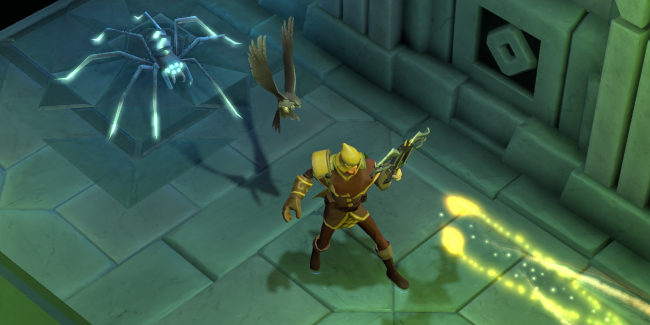 A great game hobbled by its dependence on player content

The allure of loot is something that’s hard to deny.

Some argue the loot-based formula, popularized by action-RPGs like Diablo, aren’t actually “fun,” and instead wage psychological warfare against players to make them feel like tweaking numbers is actually enjoyable. The same is often said of free-to-play games. When abused, the “pay-if-you-want” model is nothing but a shell to trick you into spending more money on a system that’s designed to make you do it all over again, never really letting you play a “game” along the way.

The Mighty Quest for Epic Loot is a loot-based action-RPG in the style of Diablo. It’s also a free-to-play game with not just a few resemblances to EA’s much-maligned Dungeon Keeper reboot. Immediately the corporate cards seem stacked against any actual “game” to be found in this blend of genres.

It’s mental tug-of-war; I want this here, but I don’t want to spend money. Is this actually fun, or is it just gratuitously satisfying? The same push-and-pull defines Mighty Quest on a design level.

You need to earn more loot; that’s the push.

It’s right in the name of the game, and it’s been ingrained in our role-playing brains over decades. To earn more loot you must invade other players’ castles, dodging traps and dispatching monsters to feed that mathematical beast.

Gloves, shoes, chest plates, necklaces, capes: every part of your character needs tending to and creatures’ corpses are happy to oblige. Beyond just numerical tweaks, however, certain weapons actually feature properties that alter the way you play the game — an important argument against the meaninglessness for the drive of loot. 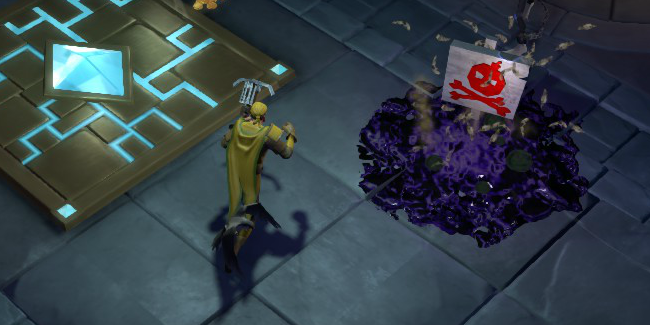 My crossbow, for instance, might shoot much faster than the one I just picked up, but this one can fire three bolts at once in different directions. Personally, I prefer one with a penetrative shot so I can cut through mobs while pulling them through choke points. It’s simple variety in a lightweight game, but it smartly tacks on strategy to the concept of overwhelming force brought by loot in other such games.

Once you have that loot — along with mounds of gold and “life-force” — you need to defend it; that’s the pull.

Doing so directly would keep you constantly busy (and thus away from the alluring loot of poorly guarded fortresses). Instead, the game has you construct your own dungeon for others to do the crawling in. Just like when you invaded their homes, other players can now make a beeline for your vault — literally taking money from your own coffers.

What makes this work is that you can take the same ideas seen effectively in enemy dungeons and make them work for you. With gathered “life-force” you can purchase traps, labyrinthine hallways, monsters and upgrades to keep your safe… safe. 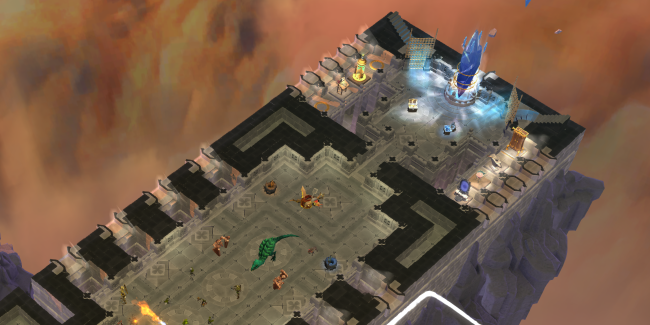 Here, at headquarters, is where free-to-play joins the fold. Surprisingly, pleasantly, it doesn’t play much of a role at all. You can buy another character class (three of which can be chosen from at the start of the game, and one which comes in addition to most purchases), aesthetic upgrades to your domicile (which, since dungeon crawls are single-player, is the only way to show off to your friends and enemies) and buy boosters that increase your rate of gold/life-force/experience gathering over time. Nearly everything else (construction, upgrades, new weapons) requires dungeon-diving to collect in-game resources. And since most levels are player designed, it’s hard to say the game has been tuned to trick you into spending real money on expedience.

For two concepts so often accused of spuriousness I was shocked by how lightly the loot-driven action and free-to-play defense played on a desire to spend. Further coloring my predictions was that this was apparently not the case during closed beta. Apparently the publisher thought better before public release.

Whether the game itself is worthwhile is another matter entirely. I actually think the opposing, back-and-forth styles of play bounce together well. If you’re going to make a game based entirely on mathematical progression, the least you can do is provide an interesting sink for those same resources. 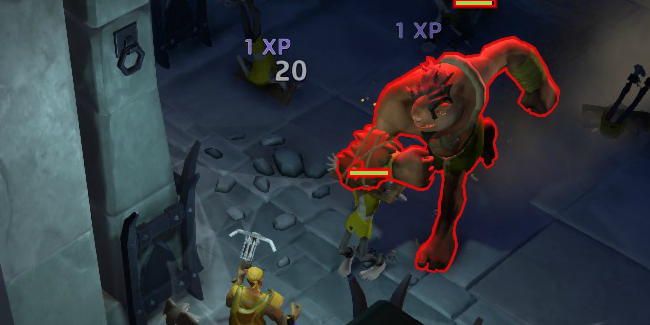 Where it falls down is in the level design. Anyone that’s played user-generated content before should know the diamonds are far outweighed by the rough. Many, many castles feel pedestrian or simply unsatisfying in that they rely on the same mob-heavy tactics over clever design (I, myself, am guilty of this).

Your first few character levels will truly be tedious if you have little or no interest in the dungeon-building aspect of the game and want only to ram through the work of others. However, actively tweaking the numbers — not those of your character, but those of your castle — can be a satisfying metagame all its own. Those who embrace defense as the true purpose of Mighty Quest (with offense being a means to an end) are likely to enjoy themselves more. 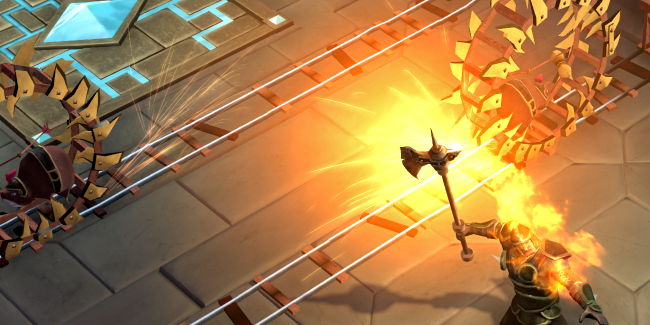 It’s unfortunate, then, that the very loot-driven systems the game’s title puts on a pedestal aren’t represented in this aspect. You can earn leaderboard bragging rights from letting foolish thieves break themselves against your armies, but weapons, armor and resources are still very much dependent on the opposite system. The push-and-pull would suffer, somewhat, but the freedom for players to enjoy themselves however they please should supersede any other concern.

I appreciate the math at play in Mighty Quest. The odds are stacked in the favor of fun and against the collateral damage on your wallet. Unfortunately, I think numbers have made the developers rigid, unwilling to tickle the players’ creativity at the cost of instant, short-lived enjoyment.

The immediate allure is there in The Mighty Quest for Epic Loot. It just needs something more to keep me coming back.