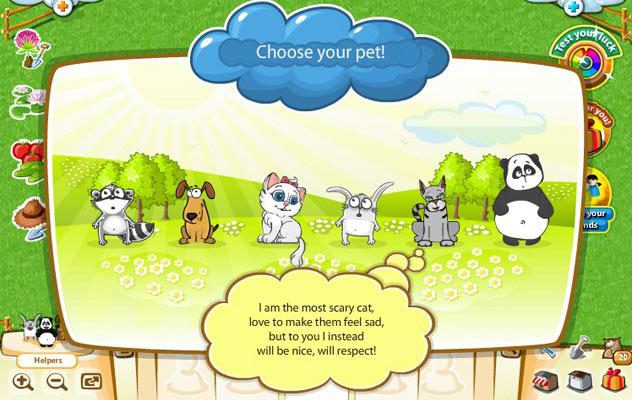 If a name like The Merry Manor strikes you as the kind of thing that droll Victorians called the local asylum, then the crazy choices the developers make in this new farming sim will do little to dispel this impression. Here is a game that requires you to fork out more cash than any title we’ve seen in months, while saddling you with decidedly anti-social social options and a curious and disheartening absence of sound. Aside from an endearing interface and commendable attempts at a storyline, The Merry Manor comes off as a brilliant example of how not to make an attractive Facebook game.

Still here? Then we’ll grant that The Merry Manor starts off well enough. After choosing one of six adorable critters for your avatar (such as a raccoon, rabbit, or panda), you set out to build them a magnificent abode and a sprawling, productive farm. It’s a cute concept, but it offers little new over other popular farming titles. You plant your seeds, you wait a few hours, and then you harvest the resulting plants. Later on, you can build small factories that produce everything from jam to perfume, and you can decorate your farm with haystacks, flowers, and campfires. 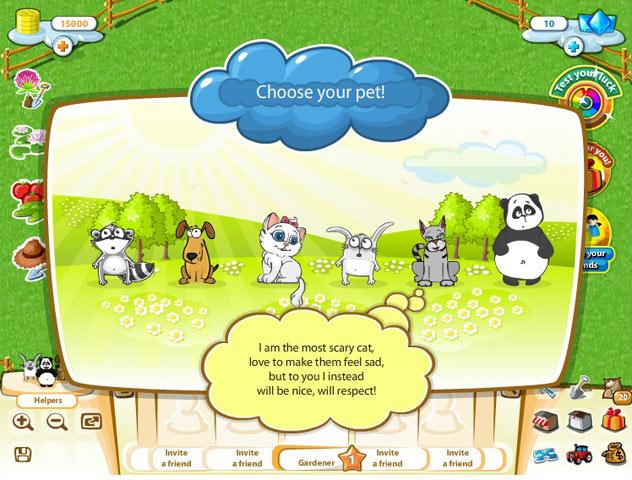 On the good side, The Merry Manor sports enough story-based text to rival several Facebook RPGs. When we wanted to plant some melons, for instance, we read about our panda’s dissatisfaction with the dirty pond and his plan to get cleaning help from a friend by offering him some melons. It’s a nice touch—even if the punctuation is occasionally atrocious—but the charm fades once you encounter the ridiculous demands in almost every quest. For instance, one of the very first missions centers on building a lodge and expanding your farm. This seems simple enough, until you discover that building a lodge takes a minimum of five friends and 1,000 gold pieces or six crystals that require real-world money. Expanding the farm isn’t any easier: the first extension requires 10 friends and 1,000 gold pieces or 10 crystals. If you go the crystal route, that’s around $1.50 to perform a single beginner’s quest.

The social options are equally frustrating. As with countless other social games, The Merry Manor lets you send gifts to your friends (in this case, anything from flowers to candle factories), but it distinguishes itself by making you pay for them. A sizeable chunk of game gold suffices for many items, but almost half of the items require a purchase of real-cash crystals. 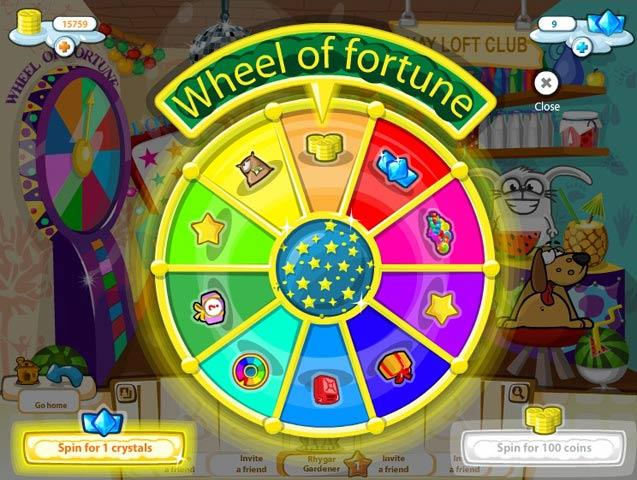 Feeling helpful? You can visit your friends’ farms to water their plants, but you don’t get rewards for doing so. You can also hire your friends to do some work around the farm, but—you guessed it—you need to pay real money to keep them fed on the job. Friend requirements exist mainly to unlock quests without having to spend money, but the ridiculous numbers involved (one player on the forums was begging for 30) will chase most of your friends away.

And to top it all off, The Merry Manor doesn’t even have any sound or music. Toss this puzzling oversight on the pile of other questionable design decisions, and you’ll soon find yourself wondering how anyone can be merry at this manor in its current state. New players encounter frustration as early as the second or third quests, and veteran players likely could have bought a few albums with the cash they may have spent on leveling. Somewhere under all this rubbish lies a decent if predictable farming game, but we can’t bring ourselves to love a title that so doggedly tries to throttle money out of its players while making alternatives all but impossible to attain.