The Lost Chronicles of Zerzura Review 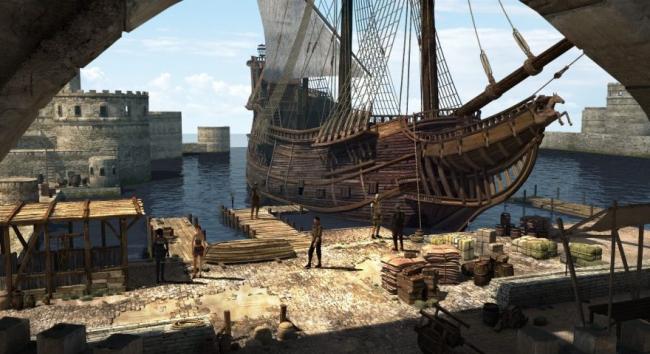 It’s a dramatic and sweeping historical tale that takes place across 16th century Europe and Africa, told through the eyes of two young inventors who could compete with Leonardo da Vinci himself. But both ancient legends and modern politics intercept the siblings’ lives, sending them on an amazing journey that spans the continents. The Lost Chronicles of Zerzura is an epic adventure with fantastic puzzles and a flawless presentation.

In Renaissance Era Barcelona, two brothers Feodor and Ramon are working on something fantastic: a flying machine. With the Inquisition looming, though, they have to keep their tinkering a secret. Not only is their craft a dangerous one, but the siblings also possess a mysterious pendant; one which attracts the attention of the authorities who soon come to take Ramon away. Now, Feodor is determined to rescue his brother, and he’ll travel across the Mediterranean, build a hot air balloon, steal from a monastery, and tangle with pirates to do it!

The Lost Chronicles of Zerzura is a modern day adventure game that draws inspiration from the genre’s rich history of epic stories and gameplay. The team behind Zerzura, Cranberry Productions, is no stranger to the scene, having crafted the impressive Black Mirror trilogy in years past. With this release, the adventure veers from the supernatural and enters Indiana Jones territory, complete with ancient legends and mysterious artefacts that have the power to change the world.

Gameplay is a mixture of classic point and click adventure controls with a few modern conventions designed to make things a little easier to navigate. Move the cursor around the screen and click on areas of interest shown by context-sensitive icons (an eye for examining, a mouth for conversations, etc.). Press the spacebar to toggle on-screen indicators that show places and things you can interact with — a great feature that takes away the guesswork without ruining exploration. To use inventory items, simply move the mouse to the bottom of the screen, click an object, then click where you want to use it. You can even combine inventory items by clicking on each one in succession, opening up a wide range of puzzle possibilities. When not in use, the interface bars tuck neatly out of the way, giving you a full view of the game’s gorgeous artwork.

Visually, The Lost Chronicles of Zerzura is nothing short of stunning. The backdrops are richly illustrated with deep shadows and warm sunlight, and even the character models seem to fit in as if they were drawn there. The historical period and locations aren’t the most common setting for a game, and it’s always great to see a story that doesn’t involve a haunted mansion or a modern-day detective trying to solve a crime. Here, we’re immediately drawn in by the plight of two brothers caught in a whirlwind of political turmoil and ancient legends, and the tale that is spun from those elements is worthy of any novel. The story is slightly morbid in nature, complete with kidnapping, murder and other bits of violence, but it’s all human and never sensationalized or overly graphic. 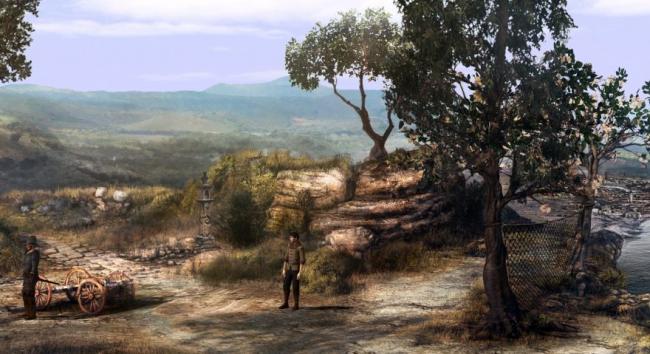 The Lost Chronicles of Zerzura has all the elements necessary for a great adventure game. The interface is spot-on, the settings are unique and varied, the puzzles are far from your standard bag of tricks, and the story is well-crafted and interesting. It doesn’t quite have that “pop” that makes a game stand out in the mainstream crowd, but if you’re lucky enough to stumble across the gem, especially if you’re a fan of historical adventures, it’s an exciting experience you’ll be happy to soak in.