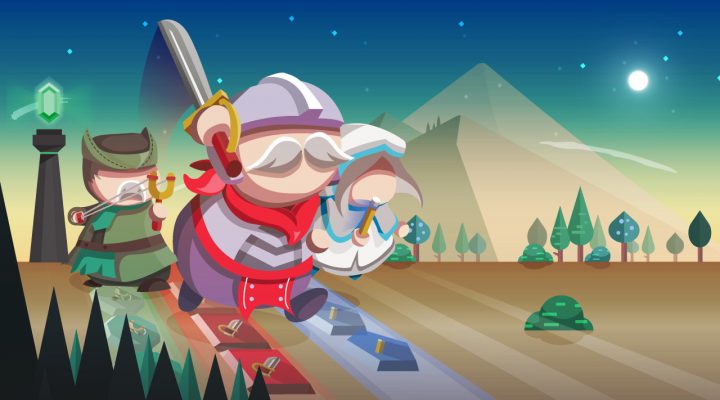 Not tangled up with IAP options.

With The Long Siege, Anomaly Studios set out to create a puzzle game that’s fast-paced, but also requires a  bit of strategic planning. The final result of their efforts is a fun mobile game where players align tiles on a game board, attempting to match three or more, in order to obtain those tiles’ abilities. The objective is to destroy the enemy tower before they destroy yours. By matching tiles, players summon in their own troops who march across the battlefield, fight the enemy, and eventually topple the tower.

Before you dismiss The Long Siege as just another match-3 game, know that this one is different. The Long Siege is sleek, it’s clutter-free, it’s…better. 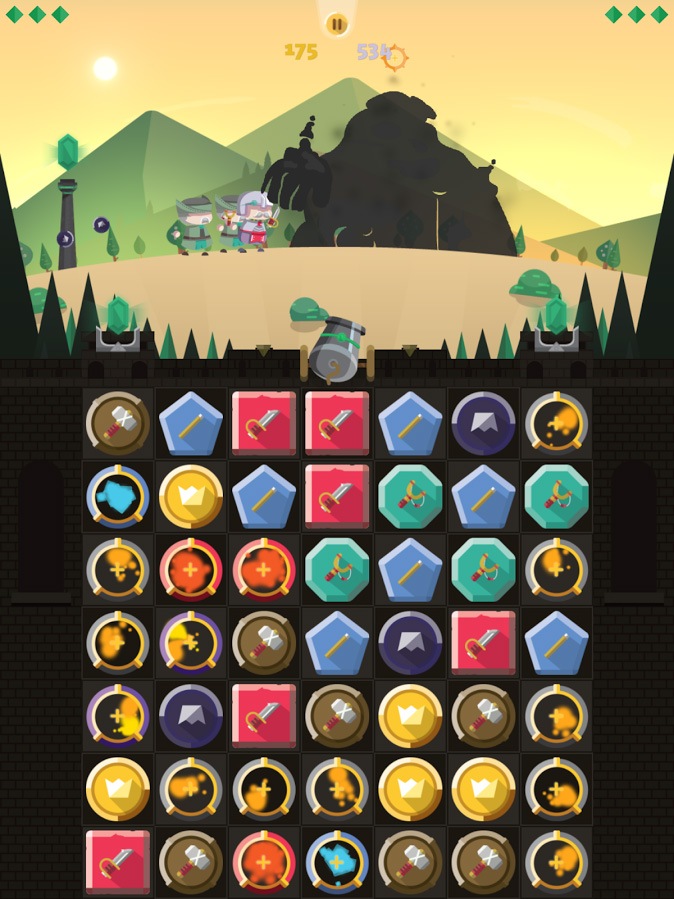 Where most match-3 games are free-to-play, relying on in-app purchases to generate an income, The Long Siege is a premium game. Don’t let the (inexpensive) price tag chase you away though. For a couple of dollars you’re getting an experience that respects your time and your intelligence. Anomaly Studios designed The Long Siege to be progressively difficult, and I found that the difficulty curve is just right. Any time I failed, I didn’t feel like I was cheated, or never stood a chance from the beginning. I certainly failed quite a bit, but I never felt discouraged.

As you play through The Long Siege, enemy units are gradually introduced who you may want to handle in different ways. Sometimes it’s best to summon in some melee fighters and an archer to pelt the enemies from behind the safety of the soldiers. Or maybe it’s time to just unleash a barrage of cannonballs, clearing out the entire battlefield of opponents in seconds. There are many ways for players to play The Long Siege, and the game provides enough flexibility to allow new strategies with every attempt.

There are no lives, no timers, nothing to keep you from playing the game as long as you want. In fact, the more you play, the more you’ll be able to upgrade your troops, and your tower itself, as you can collect in-game currency during each level.

Since The Long Siege is a premium game, there are no in-app purchases, so everything available to buy can be earned within the game, simply by playing. It was really refreshing to not have to worry about timers, energy bars, or other gimmicks that free-to-play matching games typically employ. Upgrading my troops was as simple as scrolling down at the main menu, selecting what to upgrade, and scrolling back up to play. Everything in The Long Siege is streamlined, allowing the player to focus 99% of their attention on the gameplay. As it should be.

Even though matching tiles to summon units and use abilities isn’t a novel concept, with a heavy focus on creating a consumer-friendly experience, Anomaly Studios succeeded at producing a game that is fun, respectable, and challenging all at once. The fact that The Long Siege looks as nice as it does is just icing on the cake.