Home / Reviews / The Lion’s Song Review: So Many Layers

The Lion’s Song Review: So Many Layers 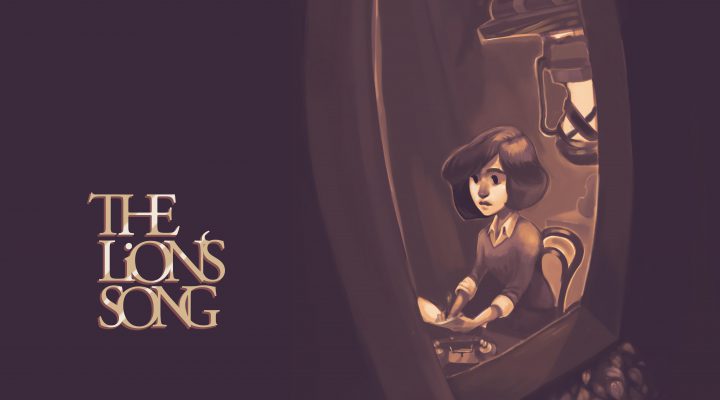 A fascinating and powerful series of stories that capture the minds and ambitions of their protagonists beautifully.

Each chapter, despite being standalone and unique, is connected to the others through shared characters, areas, and events.

Your decisions actually impact the story and making new choices is as simple as replaying individual scenes.

Some gameplay elements, such as the stealth challenges or Emma's math problems, are more frustrating than interesting to complete.

Tracking down all the connections can be tedious due to the way the chapters and map are designed.

The Lion’s Song is an engrossing work of interactive storytelling that emphasizes character development over action. While it may be reminiscent of a point-and-click adventure at first glance thanks to its detailed scenes filled with areas to investigate and explore, there are no items to collect or puzzles to solve—except the internal mysteries posed by its complex protagonists. The struggles and successes of its three main characters are brought to life through dialogue, internal monologue, and seemingly simple decisions that actually impact the path their stories will take.

The Lion’s Song is split into four distinct episodes—Silence, Anthology, Derivation, and Closure—with each focused on a specific protagonist’s story. Silence introduces composer Wilma Dörfl as she attempts to write her most crucial concert while secluded in a cabin on the Alps. Anthology follows the growth of portrait painter Franz Markert amidst the urban artistic elite of the era. Derivation explores the lengths mathematician Emma Recnizek will go to in order to complete her theorem. Closure expands upon the first three episodes with intimate glimpses of their stories through other, slightly outside characters’ perspectives. 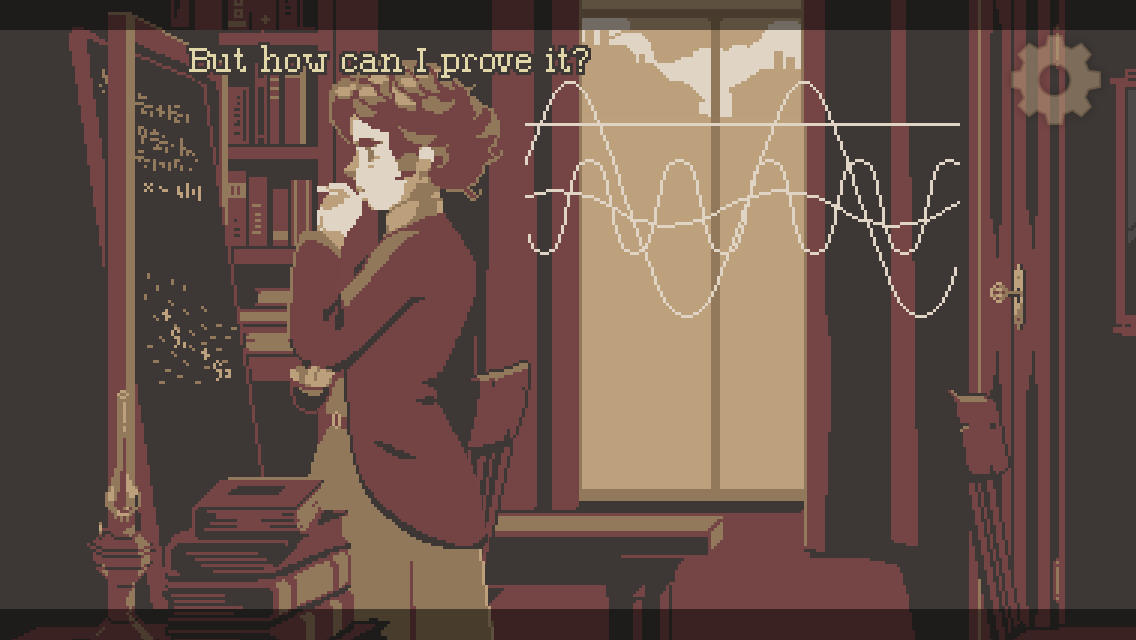 All four episodes take place around the same time and location, near or within Vienna in the early 20th century. The pixelated, sepia-toned environments both bring the period to life and stylistically obscure it, like a faded photograph. Yet the various shades of brown and shadow are used beautifully to make the highly detailed scenes readable, as is the on-screen item indicator. If you hold your finger down, you’ll be shown every interactive item available and simply dragging to one of the dots and letting go will activate it. It’s a simple feature that ensures you’re able to find and explore every in-game detail and emphasizes interaction over pixel-hunting.

That interaction usually involves examining objects found within a scene or talking with other people while in pursuit of our protagonists’ greater goals. One of The Lion’s Song’s greatest strengths is placing players in the shoes of its characters and allowing them to both understand and experience the world from those characters’ point of view. As Wilma fights exhaustion and trepidation as the date of her unfinished concert draws nearer, we can hear every tiny sound that is distracting and blocking her and must find ways to tune them out. Franz’s ability to see people in “layers” is visible on-screen as he walks through a market or café, ghostly outlines and partial faces peering out from behind the crowds and suggesting new paintings we might attempt. Emma’s obsession with her theorem on change causes everyday conversations to turn into axioms floating mid-air before our eyes, demanding we solve them before moving on to anything else. Each protagonist’s experience with the world is tinted by their specific artistic or academic fixation, creating very different interactions between the chapters that still all share a similar sense of urgency and dedication.

Despite pursuing unique goals and having separate stories, all of the characters we control and encounter—as well as all four chapters—overlap in many ways. Some crossovers are obvious, such as when two characters meet and we see the same scene from both their perspectives. Others are more subtle, such as a shared song played across multiple locations or a letter hidden in a drawer. The connections you find between the chapters and characters—both fictional and historical, such as Gustav Klimt and Sigmund Freud—enhance and expand their stories, making their worlds larger and more intimate simultaneously. Many of these connections are missable—you’ll have to explore in detail to come across them all—and so they are stored in a gallery that acts as a sort of completionist’s trophy case as well as a reminder of how each of the characters’ lives are intertwined.

These connections, as well as the decisions you make along the way, alter the ultimate path each character will take. Many choices you are given as a chapter plays out are not obviously life-changing—will you recommend a friend make a long-overdue phone call, will you paint an acquaintance or a family member?—but they will change how the stories of both the character in question and those around him play out. At the end of each chapter you’re shown the decisions you made as well as the percentage of other players who made the same choices. You’re also given the option to change any of these choices by replaying the scene in question directly. This is a great feature for understanding where the story diverges, getting to experience multiple paths without having to replay the entire game from start to finish, and feeling connected with other players who are making the same (or entirely different) choices than you. 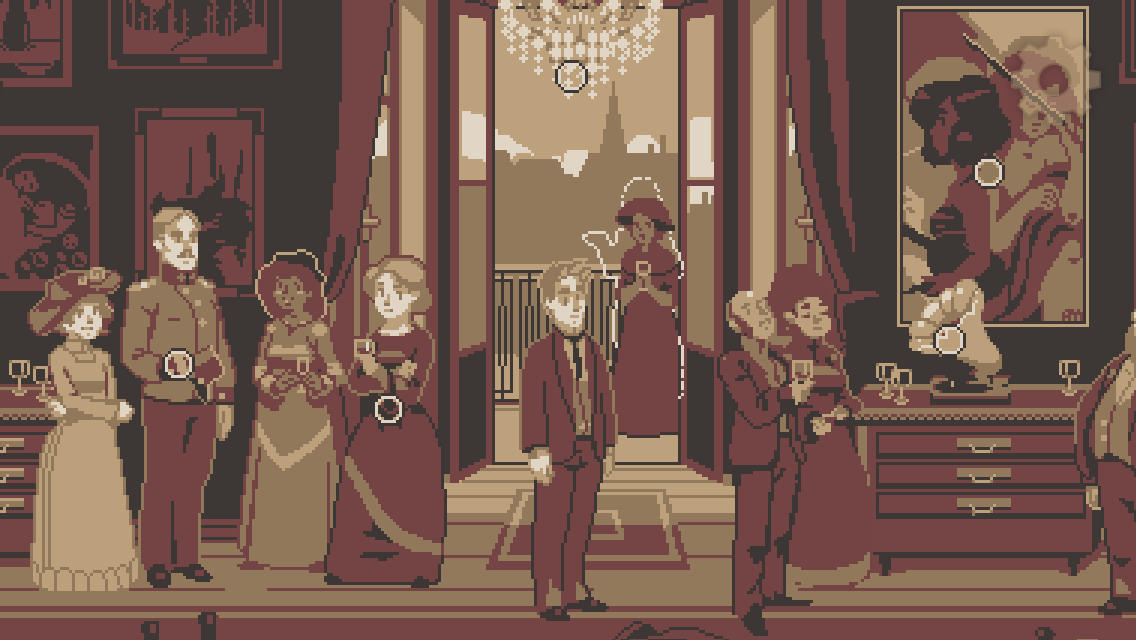 While its storytelling and character development are extraordinarily well done, The Lion’s Song stumbles in a few areas related to gameplay. Despite rewarding exploration and examination all of the objects and locations you come across through the intricate connections system, actually doing so is somewhat tedious. In two of the four chapters, a large map of Vienna is used when traveling between locations. Every time your character travels between places—such their apartment and the café—you have to choose the destination and then watch their tiny figure slowly walk the streets to get there. This is a recurring part of both chapters (even appearing briefly in Closure), and it gets old very quickly. There are optional areas that you can select as well which may provide inter-chapter connections—or they may just contain simple commentary—but sitting through the walking animation for those and every actual travel scene feels unnecessary. There are a few other events which seem out of place in the character-driven story format, as well: specifically, a couple of scenes are somewhat “stealth”-based and require you to sneak past another character. If you fail to do so correctly, your position is reset and you must try again. These types of challenges are rarely fun in any game, but in a tap-based interactive fiction adventure, they merely end up taking you out of the experience.

That experience is one worth having and seeing through to the end. The Lion’s Song offers an affecting and beautiful translation of artistic genius to in-game interactions within an atmospheric and alive pre-World War Austria. Even without experience in music, painting, or mathematics, the struggles these protagonists face and the choices they make are relatable and human, especially as we see the world through their distinct lenses. Although the chapters are fairly short—under an hour each—they are filled with moments both large and small which have game-wide consequences for characters and the player alike. Whether you choose to revisit those moments directly by making new decisions or simply by ruminating on how your choices played out, they are bound to stick with you long after fin.