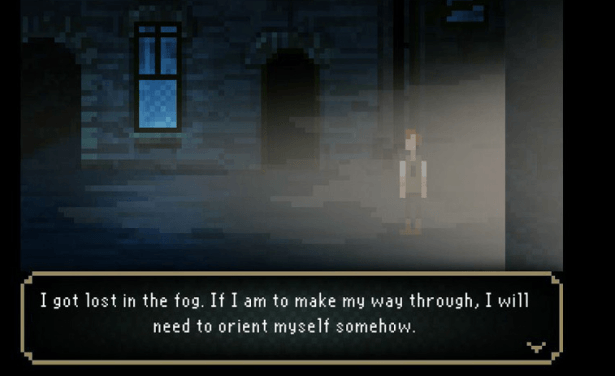 The Last Door: Chapter 3 – The Four Witnesses is the first time that our protagonist, Jeremiah Devitt, is completely without control.  In chapters one and two, he deliberately traveled to Beechworth Mansion and his old boarding school, respectively, in an attempt to uncover what drove his friend Anthony to madness and the source of his own nightmares.  While Devitt ultimately unearthed more questions than answers, this search was driven by a personal desire for knowledge and clarity.  In The Four Witnesses, someone else is pulling the strings.

Devitt begins this installment in the same predicament that ended Chapter 2 – Memories: trapped in darkness.  Forcing his way to freedom, a dehydrated and weakened Devitt soon learns he’s been transported to the slum of Old Nichol in London, a fair trek from the boarding school in Scotland where he lost consciousness.  With no sign of his captors and only a mysterious ticket to the play “The Four Witnesses” in his pocket, Devitt must try to find his way out of Old Nichol and back home.  Surrounding the slum, though, is a dense fog that can only be navigated with the proper “map.”  Finding said map, and the strange red-headed man that seems to be leading Devitt around the city, are our two main goals in The Four Witnesses. 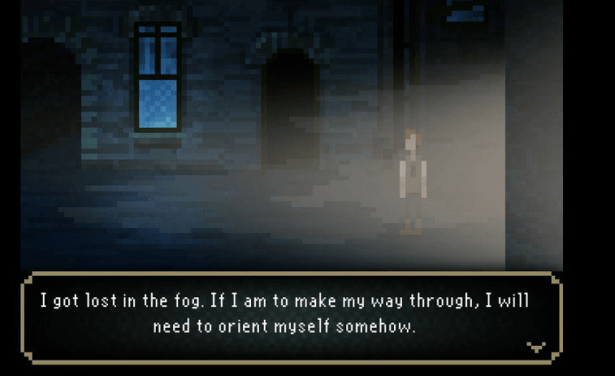 Despite having these concrete goals to work toward, The Four Witnesses is more vague and mysterious than its preceding chapters.  The inclusion of interactive, non-playable characters has returned from chapter 2, providing Devitt a variety of dialogues to initiate and pursue.  Many of these characters speak in partial riddles, whether it’s the fortune teller who recommends you follow “the path of the bird” or the decrepit composer who directs you to “search the Simurg.”  These, and other seemingly random comments, are critical to finding your way through the fog, but they come off as nonsensical-yet-poetic ramblings until you have collected all the pieces of the puzzle.

Doing so requires searching Old Nichol and completing item-based challenges as usual.  Chapter 2 – Memories diverted into more classic “adventure game logic” territory with some of its puzzles, and The Four Witnesses travels even further down this dangerous path.  One of the earliest challenges requires Devitt to find oil for a lamp in order to progress through a darkened area.  The solution involves collecting oily water and separating the two liquids—despite the fact that there is a barrel full of oil in the exact same room.  Why Devitt could not have simply taken oil from this barrel is a mystery, with the result being an unnecessary fetch-quest that adds little to the game but length. 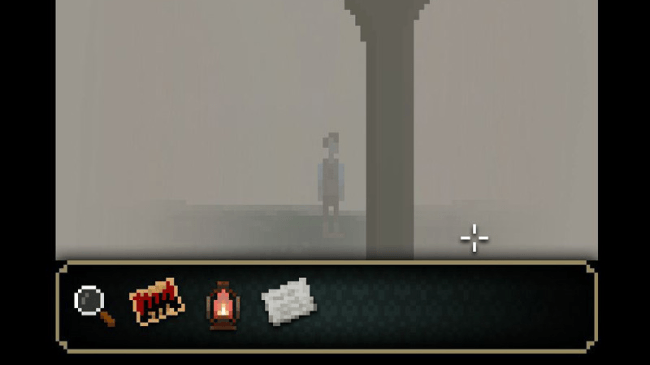 Similarly obscure and infinitely more frustrating is one of the final sections of the chapter: actually navigating the fog.  This lengthy puzzle suffers from a number of issues, including extremely difficult to detect hotspots, infinite loop restarts upon making a mistake, and a total lack of direction.  While this trip through the fog is the ultimate goal of The Four Witnesses, it’s difficult to know when you’re actually ready to make the journey; finding the final item that will act as your “map” provides no indication that your prep is complete.  Forging through this section is worth it for the final scene’s breath-holding pay-out, but the overall “gamey” fail state experience greatly detracts from the chapter’s eerie atmosphere.

That atmosphere is a fantastic combination of real world strangeness—like the fortune teller—and ghostly madness, like the mansion that houses a now-aged child prodigy who snapped after one too many forced rehearsals.  Each chapter of The Last Door successfully mixes mysticism with reality, and The Four Witnesses introduces some of the most outlandish occurrences yet.  The entire mansion is a shocking and unsettling experience that is reminiscent of Chapter 1 – The Letter and yet unnerving in its own still-inhabited way.  Its mysteries lead to a puzzle involving an unearthed corpse-slash-sentient tree, taking us even further outside the realm of reality. 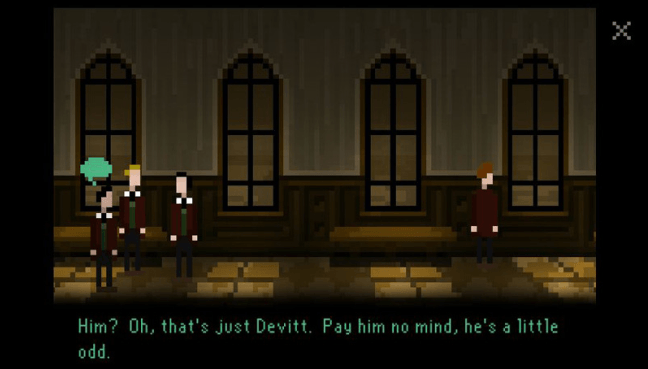 These moments are successfully creepy as only The Last Door‘s highly pixelated horror can accomplish, yet they don’t resonate as strongly as past chapters’.  This is due primarily to their lack of direct relation to Devitt and his story.  The characters of Chapter 3 – The Four Witnesses are here only to help or horrify; they aren’t hiding the secrets of Devitt’s past like the inhabitants of the hospital/boarding school or Beechworth Mansion.  They are interesting, but only in the context of this chapter, and not The Last Door as a whole.

What we’re left with is an entry that maintains the mood and mystery of the series, but feels too self-contained.  In an episodic world, this standalone “transition” chapter may help maintain pacing and allow for more chapters overall, but it’s difficult to become quite as absorbed in its non-critical escape-the-city plot and characters.  Hopefully it is merely the setup for something more significant in The Last Door: Chapter 4 – Ancient Shadows.