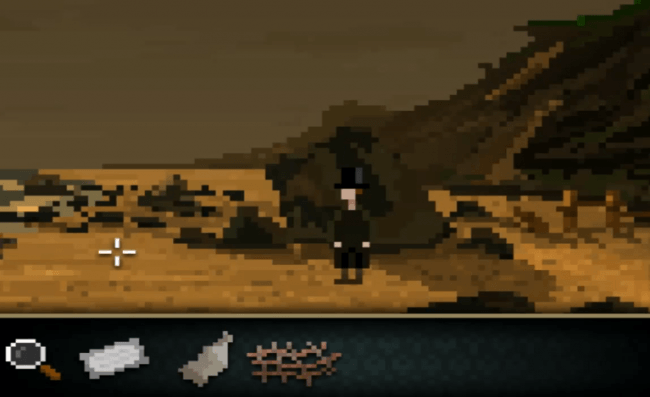 The Last Door: Chapter Two – Memories begins in a style similar to The Letter, placing us in limited control of an unknown priest as he performs ritualistic flagellation in his room.  We’re soon returned to the familiar company of Devitt, now seeking mental counseling for the events he experienced in the first chapter of our tale.  With Anthony’s haunting parting words weighing heavily on his mind, Devitt travels to the boarding school where they grew up in the hope of learning what led him to this fate.

Both Beechworth Mansion in The Letter and the boarding school in Memories have been ravaged by time and hide secrets beyond what Devitt initially expects to find.  Unlike the abandoned manor, though, the school has been turned into a still-functioning Catholic hospital run by nuns.  This provides juxtaposition to the eerily empty setting of chapter one, as well as a new requirement for Devitt’s exploration: talking to people.

Dialogue in Memories is used mostly to provide backstory and direction, as well as the occasional puzzle solution.  While Devitt is primarily interested in any remaining ties to the old boarding school, the nuns and patients convey their own sense of melancholy and mystery that hangs heavily in the wards and beyond.  This effectively expands Devitt’s world and personality as we see him offer to aid patients in need, but at times pulls the curtain back on The Last Door as a point-and-click adventure game.  Why would Devitt deliver a stack of letters to a patient being bamboozled by his sister?  The game-logic reason: to receive a coin that will eventually come in handy, but the story-logic reason is less apparent.

Although these moments of “gameness” are more prevalent in Memories than The Letter, chapter two is packed with shining narrative events that begin to answer the questions introduced in the pilot.  Many of these are presented as flashbacks Devitt encounters as he progresses through his old stomping grounds, including a lengthy dream sequence with a jump scare moment that rivals The Letter‘s “Carnival of Venice”scene in feeling of unease.  Of course, since this is only chapter two, just as many new mysteries are introduced, including the secret purpose of the hospital besides serving the ill. 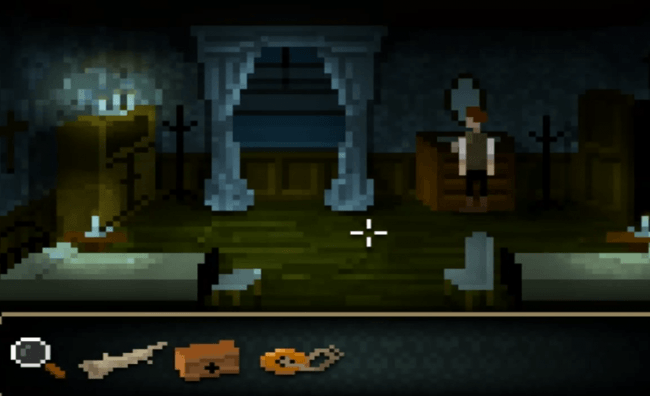 One of The Letter‘s greatest strengths was presenting its own mysteries and atmosphere through strikingly direct descriptions and brief bits of text—the short letter from the servants that have left the mansion, Anthony’s barely coherent diaries about the lynx—and this is one area Memories does not pull off as flawlessly.  Descriptions in The Letter told the story of the mansion without being obvious commentary, such as “A portrait of Anthony.  He looks older than I expected,” and “A grandfather clock.  It’s the only sound around here.”  In Memories, similar descriptions feel the need to directly tell us their object’s meaning: “This painting holds a visage of judgment but yet compassion,” or “A gloomy statue of the Virgin Mary makes this place even more mournful if that is possible.”   While these descriptions aim for a more emotional impact, they feel too obvious and telling in a game that requires the player to create much of the atmosphere in their mind.

Despite a few short steps back, Memories still excels as a minimalist horror adventure that primarily relies on the potential of fear in the player’s imagination.  Devitt’s walking pace has been sped up, making the inevitable backtracking between rooms less of a distraction.  The original orchestral soundtrack is still one of the most engaging and haunting aspects of the experience, with sound effects taken to the next level of absorption from the first moments of whip-hitting-skin to the final, disturbing sounds heard over a dark screen.  Memories fades out with a strong finish, and plenty to draw us back in to The Last Door: Chapter Three – The Four Witnesses.