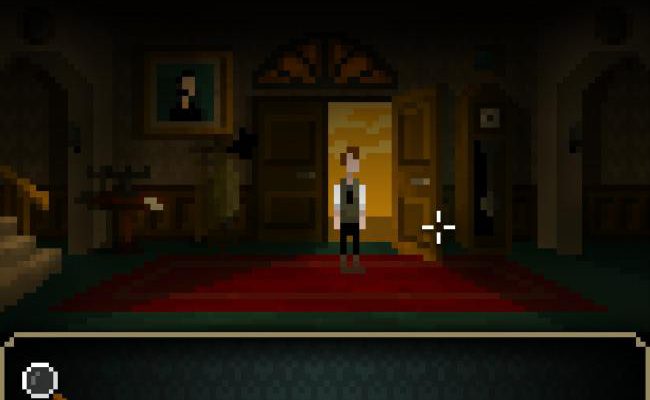 Soon, I will stop trembling.

The year is 1891.  Anthony Beechworth, alone in his mansion’s attic, hangs himself.  A final letter that he has mailed to his lifelong friend, J. Devitt, arrives with only the phrase “Videte ne quis sciat” scrawled across the page.  Devitt recognizes this code from their time spent together at a school for scientific study, and that Beechworth must be in trouble.  He leaves immediately to find his friend and offer his support, putting in motion the first events of The Last Door: Chapter One – The Letter.

In perfect horror fashion, The Letter provides more questions than answers, setting up a series of mysteries that this first chapter only begins to unravel.  Although Devitt arrives at the Beechworth manor with the intent of locating Anthony, he uncovers much more than the single suicide we are already privy to.  Multiple deaths, and seemingly many things worse, have occurred in this house, which are hinted at through letters, diaries, and objects discovered within the darkened rooms. 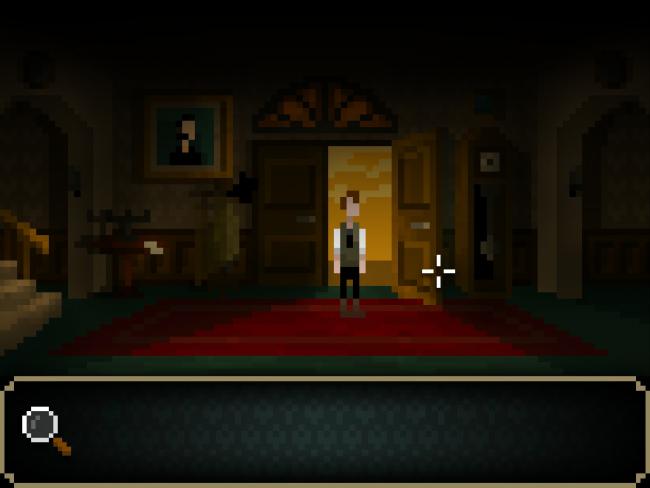 Those rooms are explored in classic point-and-click fashion, with a simple on-screen inventory to track the handful of items Devitt will find during his investigation.  The in-game cursor will change to a magnifying glass when placed over a remarkable object, causing Devitt to comment on it, and a hand icon if the object can be picked up or interacted with.  Although the abstract graphics naturally make identifying specific details difficult prior to Devitt’s guidance—such as the fact that a painting is a portrait of Beechworth—locating the interactive objects in each small room is never too challenging, and never feels like a hunt and peck quest.  The puzzles, and their required implementation of those objects, are similarly straightforward, with the most complicated solutions requiring no more than three items.

These clear-cut puzzles allow players to focus on the true star of The Letter: its atmosphere.  From the moment Devitt enters the recently abandoned manor, a sense of unease permeates the dust-filled air.  A letter in the entryway confirms the servants have left, noting only the “situation has become unbearable for us.”  The front door remains ajar to an abnormally yellow sky; a grandfather clock ticks away like a heartbeat.  The music picks up this beat: a somber and nostalgic piano solo perfectly befitting the period and setting you’ve just stepped into. 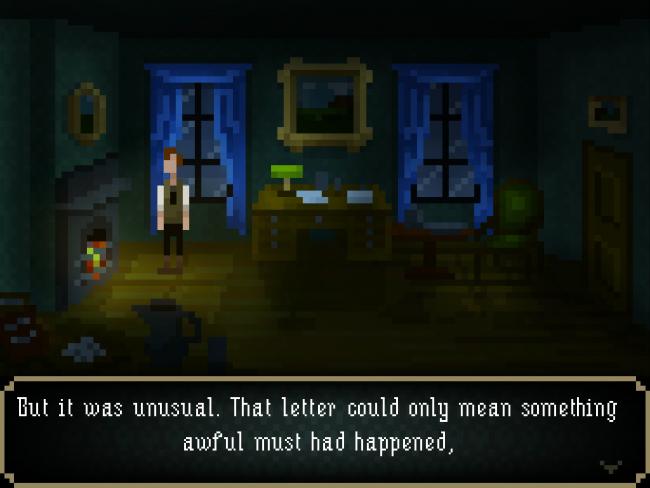 While every detail of The Letter is perfectly arranged to immerse players in this tragic story, the music and sound effects create the strongest pull.  The exquisite orchestral soundtrack, while an original work by Carlos Viola, could just as easily be an undiscovered composition by Chopin.  Select tracks, like “A House in Silence,” provide short glimpses of the scientific and occult plot points that are only briefly hinted at in this chapter.  The house itself—though silent by Devitt’s account—speaks volumes in its creaky floors, drafty windows, and other ambient sounds, like a crow tapping on a glass window.

Devitt’s movements through the house are slow, careful yet calm.  Even in observing a murder of crows devouring something unrecognizable outside, he merely comments matter-of-factly, without emotion or opinion.  Devitt is very much the avatar through which players experience the mysteries of the mansion, and only in critical moments do we see any shock or personal response betray his composure.  These jump moments are rare—the true suspense of Beechworth’s manor is uncovering room by room the quiet horrors that transpired here—but they will make you jump. 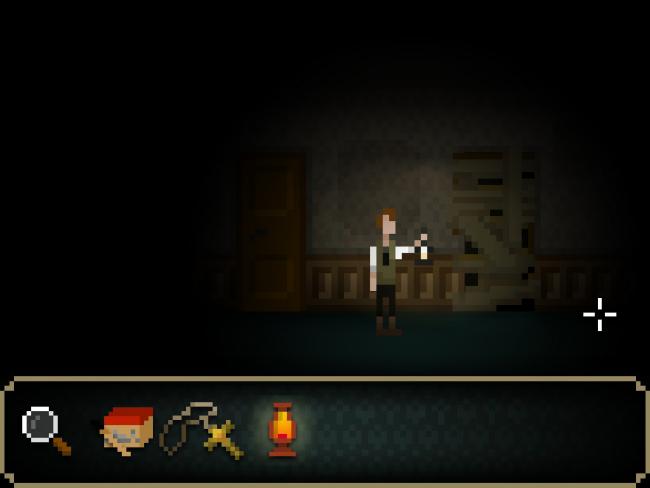 This suspense is only heightened by the abstract graphics used.  Much more than a “retro stylization,” (although you can’t get much more retro than the nineteenth century), The Letter‘s pixelated world reflects the confusion and truth of the manor which is only beginning to come into focus.  This forces you to search more thoroughly to learn even simple truths about the rooms around you, whether the object is benign or threatening.  This blocky, imprecise style makes uncovered objects like blood trails or ominous crows even more unsettling: you’re given enough to understand what is being presented, but must fill in the blanks yourself.

As with the Edgar Allan Poe stories that have openly inspired this chapter, what you don’t see is often more disturbing than what you do.  The Letter capitalizes on this idea graphically and thematically, leaving us with moments we must complete ourselves, and even more we must wait to see in the next chapter, The Last Door: Chapter Two – Memories.

The Other Brothers Review