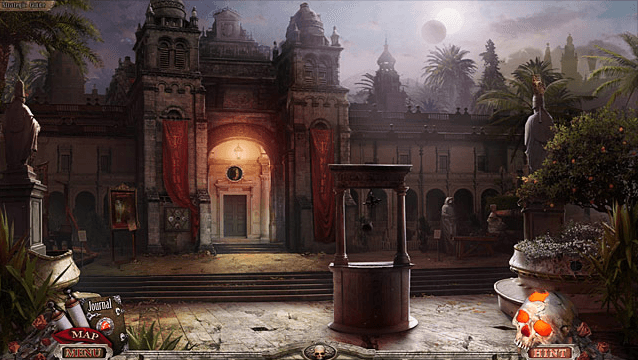 In the early 1900s, architect Pedro Alvarez was excavating beneath the famous La Torre del Oro, a centuries old watchtower in Seville, Spain. He uncovered a mysterious artifact beneath the building and soon realized the box brought with it a great evil. To make matters worse, an ancient prophecy about the world ending during a solar eclipse was scheduled for the very next day. What an unlucky coincidence!

As soon as Pedro realized the destructive power of his discovery, he did the only sensible thing he could do: run like crazy. An evil spirit gave chase, though, and so he gave the relic to his younger sister Carmen for safe keeping. Pedro didn’t survive his encounter with the spirit, and Carmen doesn’t look like she’s holding up too well. Now it’s your turn to enter the picture, and as appointed member of the Order of Keepers it’s your job to locate the box and ensure it doesn’t fall into the wrong hands.

The Keepers: The Order’s Last Secret plays out as an adventure game filled with lots of hidden object scenes and mini-games. Plenty of items are strewn about the pre-apocalyptic town, and you’ll do your fair share of gathering in order to complete puzzles and gain access to new areas to explore. Three levels of difficulty customize your experience, allowing you to adventure with or without location sparkles, click penalties in hidden object scenes, and a slower/faster recharging hint timer and mini-game skip button.

Hidden object scenes offer a few interactive elements but are, on the whole, basic lists of items to find. They’re surprisingly easy to complete, almost as if half of the objects weren’t even trying to hide in the first place. Mini-games are just as frequent as HOG scenes and also stick to the basics with no real surprises throughout the game. 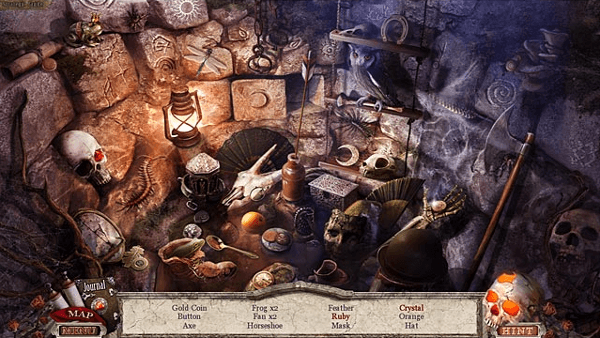 Apart from the main game and all of its trappings, The Keepers: The Order’s Last Secret offers a handful of extras to entice you to keep playing. There are over 30 morphing hidden objects to collect in the main part of the game as well as some interesting achievements to nab. The collector’s edition comes with some additional wallpapers, concept art, and access to the mini-games and cinematics present in the game.

Despite having a promising setting with a world-engulfing darkness looming around the corner, The Keepers: The Order’s Last Secret somehow stamps the whole thing down into a muddled concoction of generic “ancient things,” never really exploring the rich mythology the setting could allow. It’s a bit of a missed opportunity that dulls the overall experience. A few of the mysteries drive you forward, and the characters and villains are worth the ride, but as a whole the experience comes across as underwhelming, despite its best intentions. 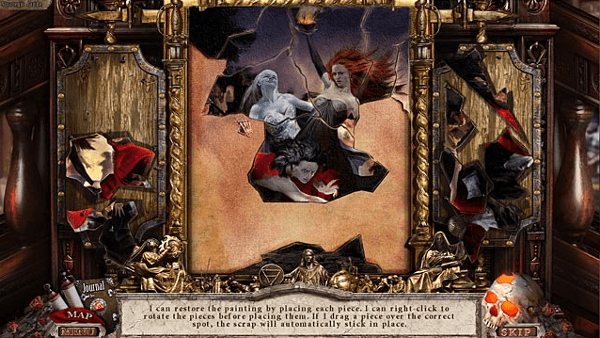 The Keepers: The Order’s Last Secret feels like an arbitrary adventure composed from a checklist of hidden object concepts. The story is murky throughout, the puzzles aren’t always logical, and the graphics are hit and miss. The Order’s Last Secret comfortably treads middle of the road territory, but it just doesn’t do anything special to set it apart from every other adventure game out there.