Home / Reviews / The Journey Down: Chapter Two Review – Boogie Down 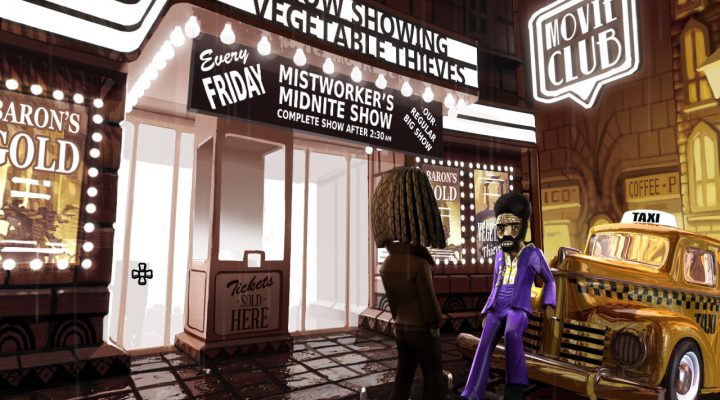 Game strikes a great balance between being puzzling but without too much difficulty.

Some art assets appear low-res on the retina iPad.

Some games just figure out how to do pretty much everything correctly. The Journey Down: Chapter Two is one of those games. A point-and-click adventure game (the second in a trilogy) about Bwana, a man trying to find his adoptive father who went missing, involving the mysterious “Underland” and the eponymous journal of The Journey Down, this is a supremely charming experience that’s just well-made in nearly every facet. It boasts an original theme, spectacular art and music, and gameplay that balances between being accessible and just challenging enough.

The Journey Down is a fairly traditional point-and-click adventure game, definitely in the style of LucasArts’ classic games. This mostly means that it’s about talking to people, collecting items, giving people items when necessary, and occasionally even combining inventory items to progress. There’s the occasional puzzle outside of the item trade, such as trying to decipher keycodes, or manipulating carts on rails to get an item in one of them. 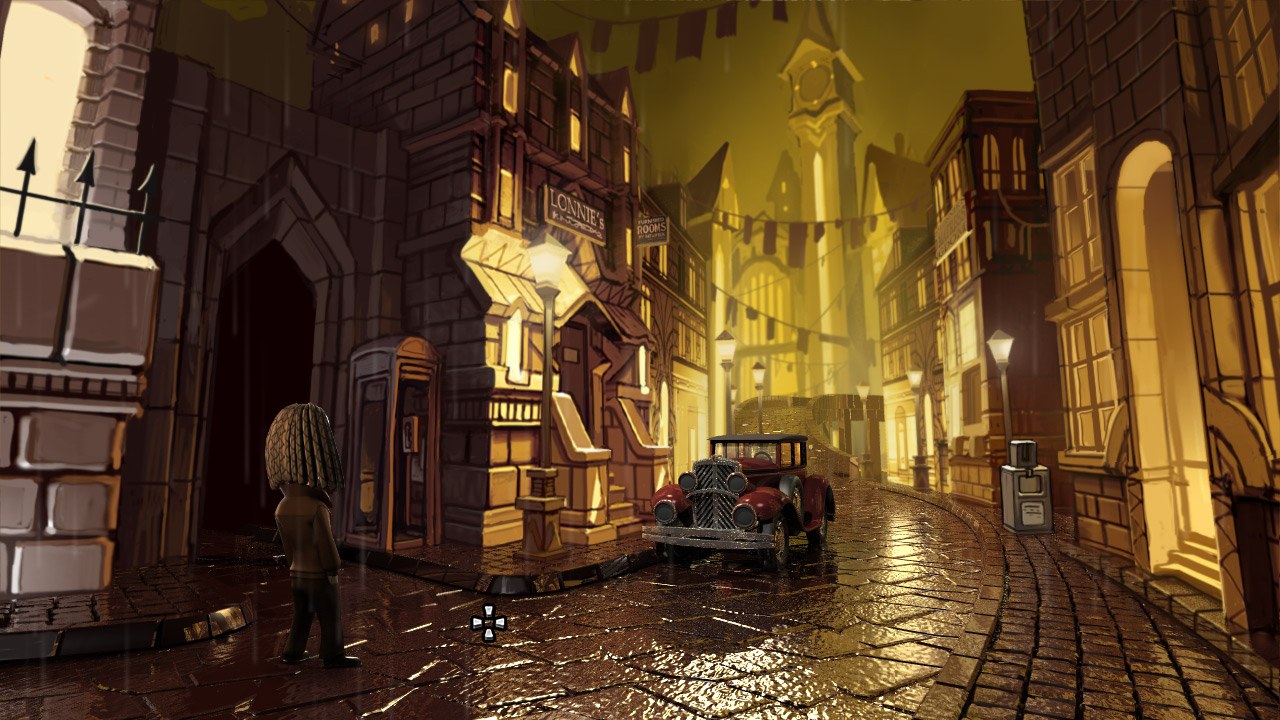 None of the puzzles are too devious for the intrepid player with a bit of perseverance, but there’s some cleverness to be had. For example, one item is off-handedly mentioned as having a side effect that comes into play to get a key object later on. Pretty much everything in the game is eventually paid off at some point. The ‘tap-and-drag’ system to reveal interactive objects works especially well.

If you haven’t played chapter one yet, I really recommend doing so before playing chapter two. The story generally assumes that you know about the Journey Down notebook, and the various characters and lore introduced in that first chapter. That’s not to say that it’s not impossible to sort out the gist of what’s going on overall. As well, the actual events of this story are self-contained, as far as it being about a prison break, and then relating to a heist, so there’s definitely a lot to enjoy even as an independent story in the middle of Port Artue, this game’s settings. 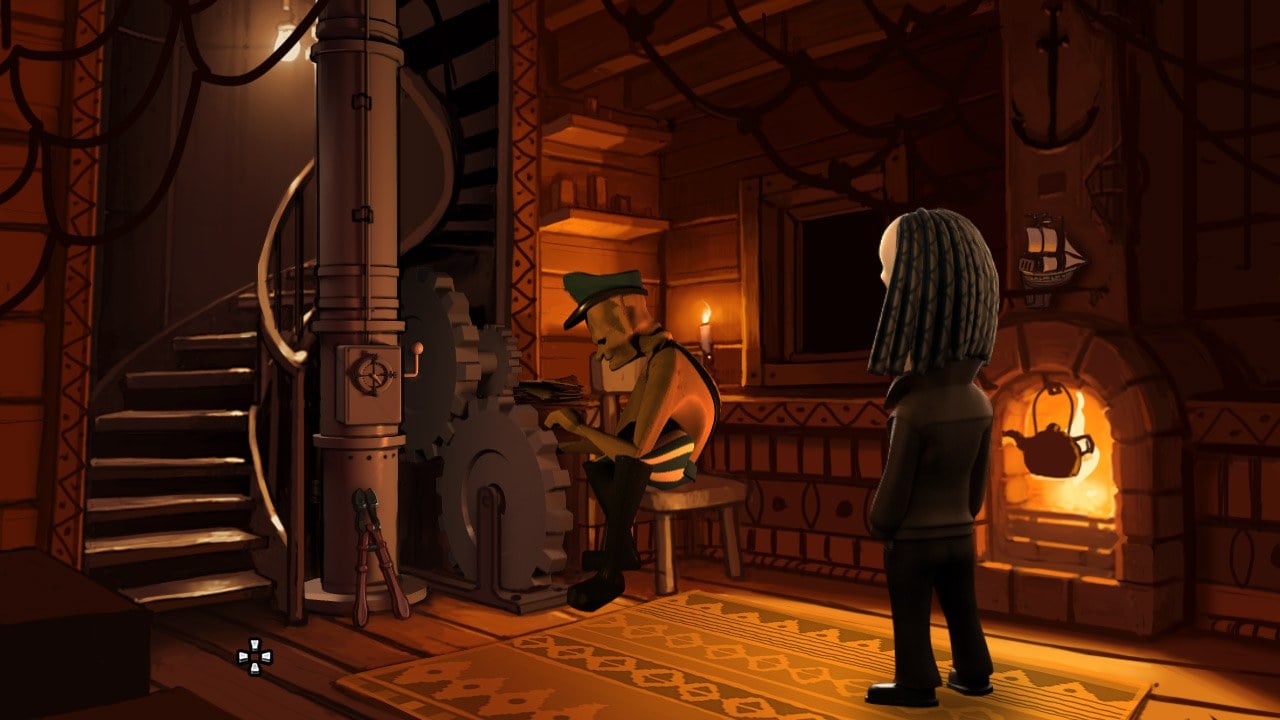 And there’s a lot to fall in love with in this world. The theme, which uses various Afro-Caribbean elements and diverse characters, stands out among most fantasy landscapes. The soundtrack, with its jazz influence, is absolutely top-notch. The voice acting, which includes every single line in the game, is spectacularly-performed as well. Anthony Sardinha does a great job at playing Bwana, the protagonist, conveying his general goofiness but showing the requisite seriousness when necessary. But everyone does a great job at creating this diverse universe.

Visually, on the retina iPad, there are some cases where it looks like compressed or low-resolution art assets have been used, which isn’t awful; just noticeable at times. Otherwise there are gorgeously-detailed backgrounds, with rain effects at times, that helps to create the dark world of Port Artue. But SkyGoblin has done a great job at making sure that the game always has a sense of whimsy about it, even in its darkest moments.

I absolutely loved my time I spent with The Journey Down: Chapter Two. Its parts are as great as the sum of its whole. I loved solving the puzzles in this game, which I feel do a great job at feeling solvable, and never frustrating. I never felt hopeless at all, and at one point when I was stuck, I just had to put the game down for a while and come back to it – and I had my solution in five minutes.

I love the way that the Afro-Caribbean theme is used, with the various characters. It adds a huge splash of color and diversity that so many more games could stand to have. And the music is seriously wonderful, by the late Simon D’Souza and Jamie Salisbury.

The Journey Down: Chapter Two is hard to put down, and is absolutely worth your time, regardless of if you play point-and-click adventures. Though definitely check out Chapter One first if possible.

Need Help?  Check out our The Journey Down: Chapter Two Strategy Guide and Walkthrough.