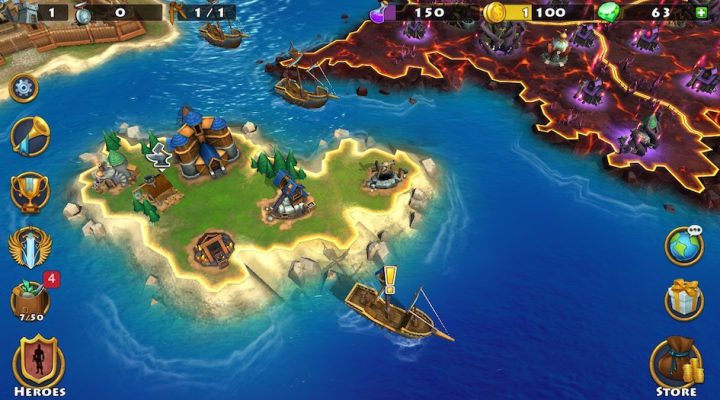 Plenty of heroes to recruit and train

More shallow than it initially seems

I’ve got a friend who regularly asks me about where he can find a game like Age of Empires. Every time, I have to disappoint him by saying there’s no perfect alternative, and point him towards a free-to-play game that tries to offer such values. As a new release from some of the minds behind the Age of Empires series, I had high hopes for The Incorruptibles – Knights of the Realm. But while it’s pretty fun, I’ll still be in a fairly similar situation when I see him next. This is a real-time strategy game with similarities to Microsoft’s beloved series, but it still doesn’t quite hit the spot.

You control a clan of heroes out to defeat the evil Corrupted. Easing you in gently, you’re quickly taught that there’s more to this game than just duking it out. You expand a kingdom (or base of sorts) through leveling up buildings in a familiar Clash of Clans kind of way. Fortunately early timers are fairly generous, but you’ll soon be slowed down by the passage of time, having to wait it out to enjoy some of your base’s more considerable improvements. With no energy system to speak of, this is where The Incorruptibles – Knights of the Realm seeks to slow your progress a touch.

That lack of energy system means there’s almost always something for you to do, with a varied selection of missions to partake in, fights against enemy soldiers, as well as with the option to delve into PvP. Indeed, The Incorruptibles – Knights of the Realm encourages you to fight as much as possible, rewarding you with resources that can then be used to upgrade weaponry and equipment through a simple crafting system.

The meat to this tale stems from combat, and it’s a suitably appealing mix of typical RTS and Age of Empires style gathering. You have a base from which you can deploy villagers to gather food, wood, or stone to put towards new upgrades. Most importantly, you can upgrade your base to open up new units. Safety in numbers is everything, whether you’re defending your farms or attacking an enemy base. You can control units individually, giving you a fair amount of power over what you can do, although don’t expect it to be easy. 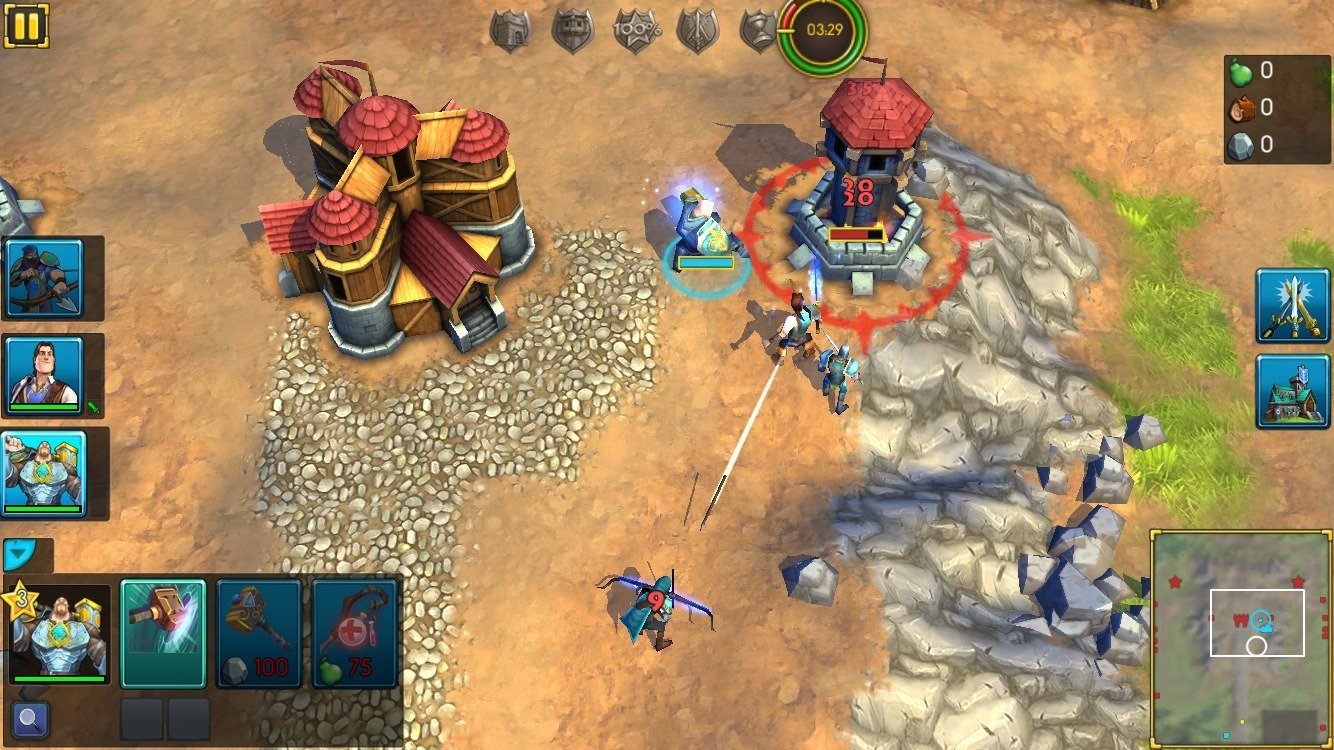 The Incorruptibles – Knights of the Realm soon ramps up the difficulty level, presumably in an effort to control grinding through levels, as well as enticing you into spending real money to gain an advantage. You don’t have to, but it’s clear that it’ll make things easier for you.

That’s one of the letdowns for this somewhat ambitious title. It soon wanders into more Clash of Clans-style sensibilities than continuing to embrace that early Age of Empires feeling. It remains quite fun at times, especially when you become part of a guild and work with others, but this game’s roots are still firmly entrenched in a more casual appeal. 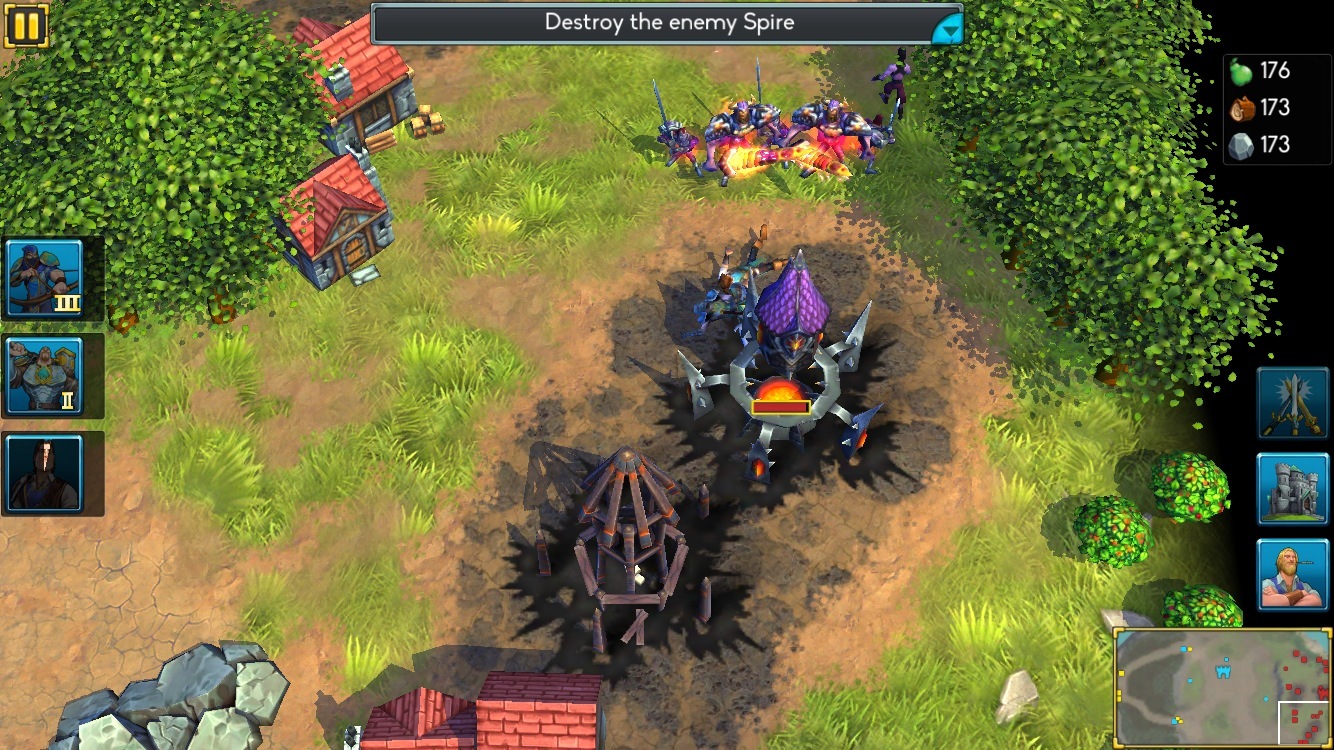 You’ll find yourself wishing that levels lasted longer than their brief few minutes, or that you could spend more time developing your base or exploring the map, rather than creating stopgaps before you swarm the enemy. Instead you’ll use the same strategies over and over again and still succeed.

That’s a shame, especially when The Incorruptibles – Knights of the Realm is so nearly the Age of Empires game we’ve all been waiting for. As it stands it’s a reasonable substitute, but it remains merely a substitute that you dip into for a spare ten minute session rather than something that will grab you for a significant length of time. For a more fully fledged alternative to Clash of Clans though, it’s not hard to see the appeal.