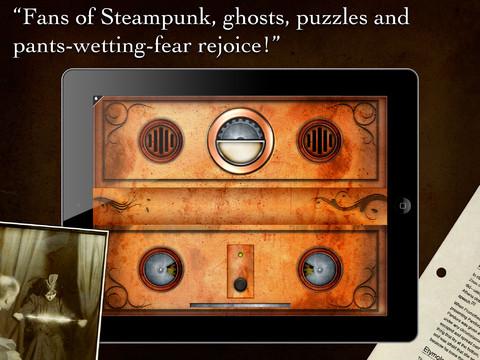 Prepare to be humbled.

As a completionist, failing to reach the end of a game is the virtual equivalent of a punch to the gut. Try as I may, though, I haven’t been able to finish The Icarus Box. I fought the good fight, but in the end its obtuse puzzle design bested me. I can’t even begin to tell you how hard it was to type out that sentence – much less put it on the Internet.

Following in the footsteps of The Room, The Icarus Box tasks you with trying to open up a rather confusing box. You do this by solving a series of challenging puzzles, none of which hold your hand or offer any sort of direct hint as to how to solve them. Sometimes you’ll have to tinker with buttons and levers; other times you’ll have to—pun oh so intended—think outside the box and consider what all your iPad is capable of detecting.

But despite the standalone nature of many of the game’s puzzles, everything is connected by a pretty interesting story. In a nutshell, a man inherits a family home not far from where many of his relatives once jumped off a cliff. Curious (and also creeped out) he decides to go check out the house and see what was left behind. He discovers—amongst other oddities—a puzzle box, and ultimately decides to turn it into an app.

As you can probably tell by now, The Icarus Box is something of a meta experience. It has a definite House of Leaves vibe to it, what with the layered nature of the narrative and its general creepiness. And in typical video game fashion, the story is fed to you gradually, with a new correspondence or other such supplemental material unlocking after each “tier” of puzzles you complete. But even if you find yourself disinterested in the story, you’d best make an effort to pay close attention to it. It frequently contain hints as to how to beat certain puzzles, and without that information you’re stuck having to spam the game with guesses until you get it right. 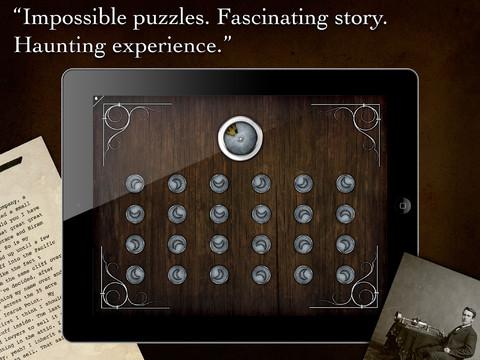 But hints or not, there are some puzzles that feel hard for the sake of being hard. Where there’s something of a sense of logic to The Room‘s many enigmas, The Icarus Box occasionally feels a little more indiscernible, to the point where I sometimes solved a puzzle and had no idea how I pulled it off. This removed a good deal of the satisfaction that typically comes from progressing in a game of this nature.

Mind you, that doesn’t apply to every puzzle in the game. Most of them subscribe to a more perceivable sense of logic, resulting in a hearty “a-ha!” upon completion. It was in these moments that I saw the bright light at the end of the tunnel, only to have my heart broken by a ridiculously hard puzzle moments later. And if you think I’m being melodramatic here, the App Store page even states that the game is home to “numerous nearly impossible puzzles.” See? The Icarus Box is on my side. 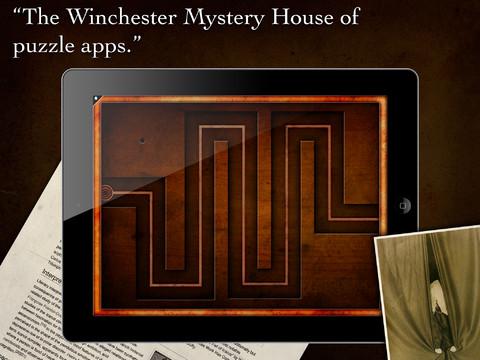 But the game is much too gorgeous to stay mad at. The box and its many puzzles have an endearing “steampunk” look to them, featuring a cavalcade of gears and—if you look in the right place—steam! It’s nothing short of eye candy for people who appreciate that sort of aesthetic, although I don’t know that I’d advise staring. The Icarus Box has something of a penchant for jump scares, and it isn’t afraid to subject you to some unexpected apparition when you’re focusing intently on a puzzle. While I wouldn’t venture so far as to say it’s an overall scary game, there were a few moments in particular which left me feeling uneasy.

I wasn’t crazy about every puzzle I played in The Icarus Box. Heck – I’m straight up stuck in my tracks about 3/4 of the way through. But the game does a lot right, and I can’t help but recommend it to the more masochistic puzzle game fans out there. Just try not to rub it in my face too much if you manage to beat it.