The Human Age Review: A Puzzling Trip through Time 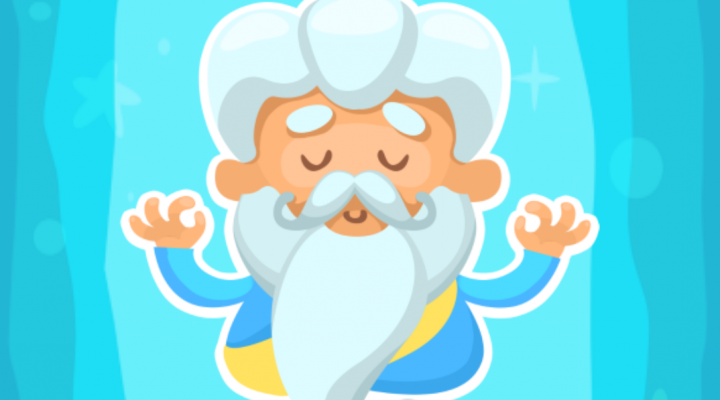 Fun cartoon avatars that that make a little learning fun!

Interesting twist on the typical match-three adds a little challenge.

Limited-turn model can be a source of frustration due to inconsistency.

In game music is very repetitive.

Ostensibly a match-three puzzler, The Human Age takes you on a trip through time as you look to evolve your cavemen into modern scholars by moving tiles around an expandable puzzle board. It’s not a game without flaws, but overall it’s a fun way to spend an hour relaxing on your commute home (unless you’re driving!)

A twist on the typical match-three puzzler which has you selecting objects which line up from an already full (or largely full) gameboard, The Human Age takes the reverse approach. Starting with a blank board, moving a game piece triggers the appearance of an additional game piece or two. It even allows you to see where these pieces will appear by watermarking the game board. Your task is to move the tiles in such a way that three (or more) can be evolved into a single piece of the next tier. Besides ‘levelling up’ in game, the advantage of combining tiles as frequently as possible also clears space on the game board. This is key because as soon as the board is full with no additional moves possible it’s game over!

The graphics in The Human Age are a strong point. Warm and friendly from top to bottom, the characters used on the tiles might not win too many points for historical accuracy, but they make learning a little more about the history behind each age with the infoboxes completely unintimidating. In fact, with such wide smiles and killer dance moves it’s hard to believe that the life expectancy of these kindly avatars tapped out around thirty. 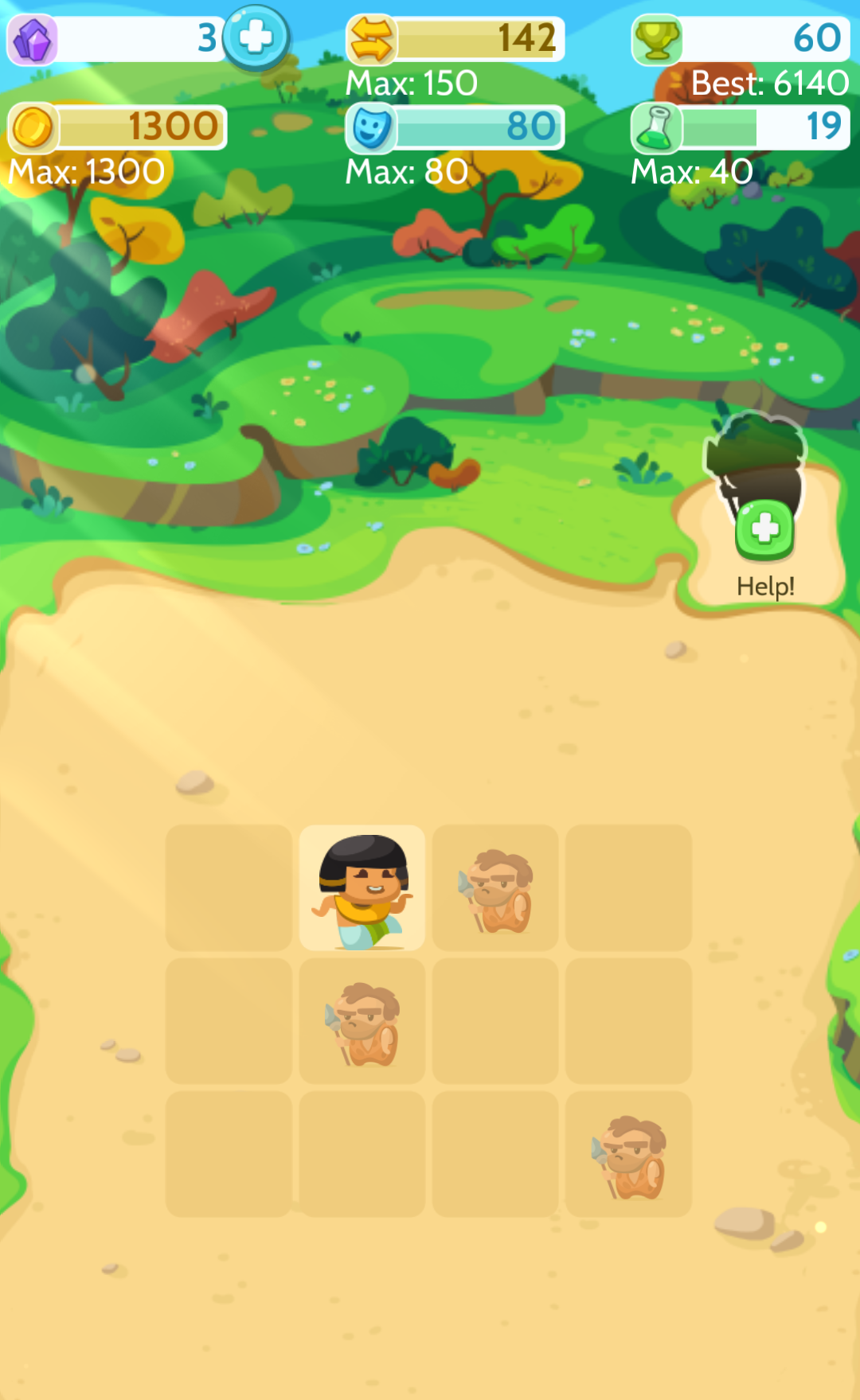 The gameplay is fun and engaging, falling just a little short of addicting. Part of the challenge here is there’s a few things the player’s going to need to embrace or at least learn to live with in order for them to keep playing for any length of time. While mobile gamers are now used to revenue generation models that limit energy or (in the case of puzzle games in particular) turns in order to encourage in-app purchases, but in trying to do things a little differently with The Human Age, Noddlecake disrupts the logic to which we’ve grown accustomed.

Rather than getting a limited number of turns per level, because the game isn’t levelled, you get a limited number of turns full stop. Once your current game ends, you start the next with the same number of turns with which you ended the previous game. During gameplay turns generate over time, but generally not quite fast enough to keep up with the pace of play. The result is rather frequent prompts to purchase additional turns either with crystals (accrue slowly during gameplay, largely garnered through in-app purchases) or time (watching ads). 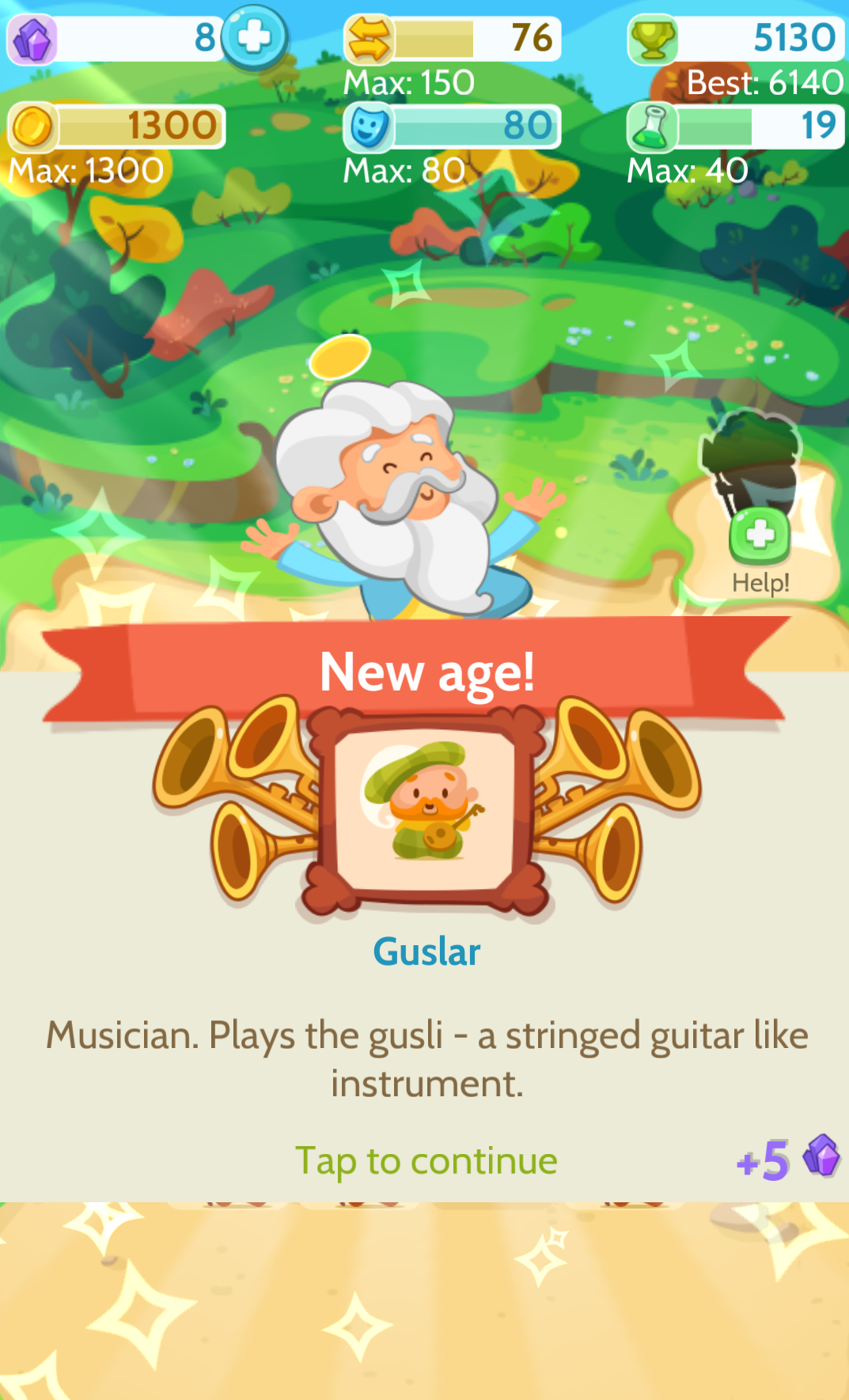 This is where the game’s issues start. If you opt to go the ad route (which provides you with 50 turns rather than the 150 turns the crystals provide), it’s rather inconsistent the number of ads you’ll need to watch before your turns actually register. The prompt makes it seem as though you’ll only need to watch one ad in exchange for 50 turns but deep into gameplay it can be two or three – there doesn’t seem to be any rhyme or reason behind the number of ads.

For younger players, parents or those looking to play at work (not recommended) it’s also worth noting that some of the ads can contain some rather ‘racy’ or ‘adult’ content. Even if you’re someone not overly sensitive to mature themes, it comes as a bit of a surprise in a game that features a caricature of God. 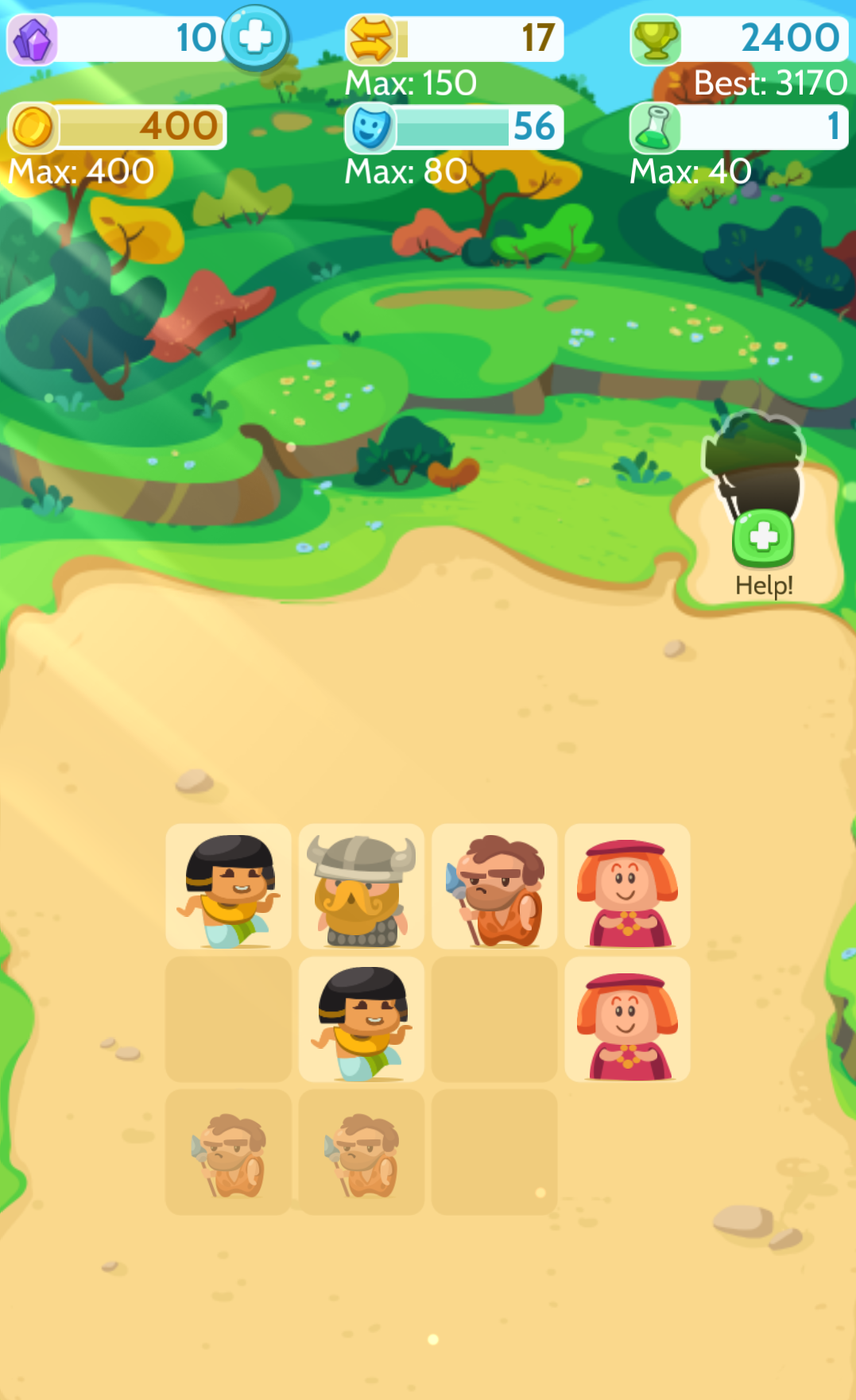 This in itself isn’t enough to turn players off from a game – most players understand that in order to enjoy a fun free-to-play game there needs to be some sort of revenue generation component. However, with ads also popping up mid-gameplay and spontaneously kicking you out of the game, it will likely be a bit much to take for some.

Still, the biggest drawback with this title has nothing to do with ads. It’s the in-game music. The simple and repetitive score can be more than a little grating and for many players it isn’t obvious how to turn it off (the option lives in the menu that unfurls from the bottom of the screen).

The result is a game that’s great in small doses but the flaws in which make it difficult to sit with for a long time, especially after the first play. For the most part that’s OK, in a world full of games it can be impossible to put down, sometimes not losing your whole weekend to your phone can be a great thing.

Eight-Minute Empire Review: From Board to Phone