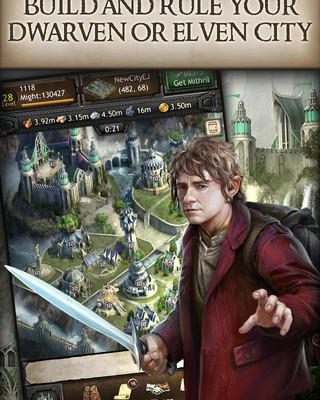 The Hobbit: Kingdoms of Middle-earth feel just like Kingdoms of Camelot, and that’s its problem.

If you’ve ever wondered why gaming tie-ins of popular entertainment franchises have such a bad reputation, you’d do well to consider Kabam’s new The Hobbit: Kingdoms of Middle-earth a case study. Representing either the elves or the dwarves, you build a small kingdom from the ground up, expanding it and building armies for the eventual attacks by other players or, in some cases, goblins. In other words, it’s a lot like Kabam’s existing Kingdoms of Camelot: Battle for the North–and uncomfortably so. It shares many of the same criticisms and high points of Kabam’s signature franchise (which in itself feels similar to Evony), to the point that it’s safe to call it little more than a re-skin. Were I the lazy type, I could probably point you to our earlier review of Battle for the North and call it a day.

Of course, Battle for the North wasn’t a bad game, and if you like your multiplayer city builders decked out with the trappings of Peter Jackson’s vision of Tolkien’s lore, then you’ll feel right at home with Kingdoms of Middle-earth. As a dwarf, Richard Armitage’s incarnation of Thorin Oakenshield guided me through the tutorials (without, alas, any real nods to characterization), and there’s some fun involved in watching your dwarven or elvish metropolis take shape. Lore buffs might bristle at this, of course. Tolkien, after all, never bothered himself with explaining how an underground society like the dwarves manages to amass all that food for its armies of bearded men without the sun, so it’s somewhat hard to buy into Kabam’s traditional medieval city structure in this context. 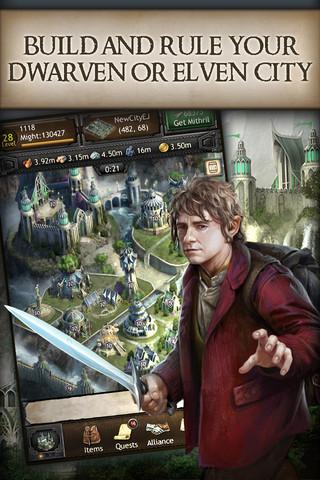 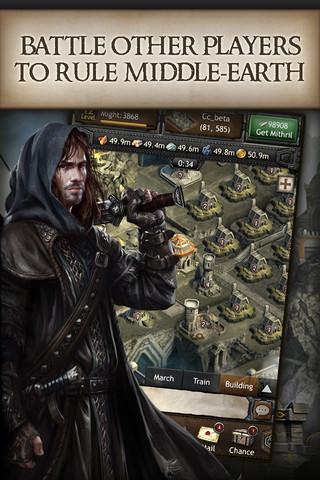 The tutorials move quickly enough, but as with Kabam’s other games, the momentum slows to a crawl once you’ve settled into the act of letting your city grow and produce materials. Kingdoms of Middle-earth thrives on the synergy between different resources produced through workshops and farms, so you’ll spend hours waiting for them to produce their goods unless you spend some real cash to accelerate their processes through the premium currency (known here as Mithril). Still, these downtimes allow ample time to browse your buildings for upgrades through research, and the automated mechanics allow you to go about your business without worrying about much else besides harvesting. As before, the short bursts of actual gameplay allow this genre to shine on mobile platforms, as you can tend to your cities while on the go.

And of course, there’s still PvP combat as well. The key conflict here is between the Dwarves and the Elves, and you won’t find any bromances between Legolas and Gimli this time around. As with Battle for the North (starting to see a theme here?), Kingdoms of Middle-earth gives you seven days to build up your city so it can stave off attacks before other players can attack it, but that’s hardly enough time to build a city powerful enough to withstand attacks from other players unless you spend gobs of Mithril. It’s thus a good idea to join up with other players and form an alliance, and with the onscreen chatroom going at full speed during every hour of the day so soon after release, you should have little trouble finding one. 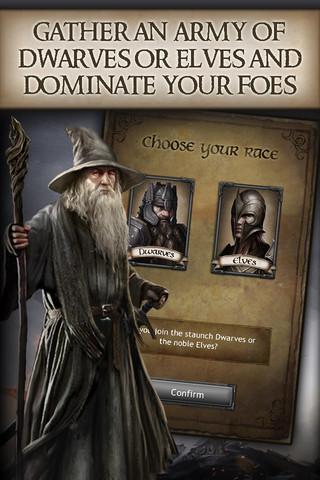 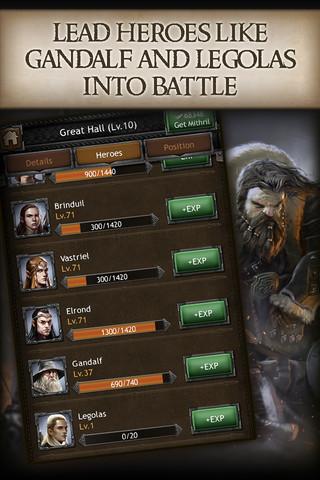 Kingdoms of Middle-earth‘s appeal rests on how much of a Tolkien fan you are, and whether or not you’re still enamored with Kabam’s city-building model. It’s worth noting that Kabam already pulled this cloning stunt earlier this year in their steampunk-themed Arcane Empires, and at the time I praised it for the way the setting breathed new life into the concept. But it seems like such a waste to do the same with the story that almost single-handedly gave birth to contemporary fantasy, particularly since that coveted license couldn’t have been easy to come by. Kingdoms of Middle-earth may be a competent release, but it’s also a soulless one.