Home / Reviews / The Hobbit: Armies of the Third Age Review 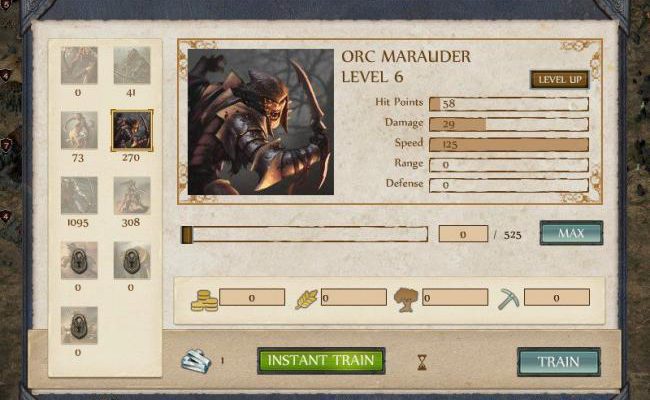 If you like Kabam, strategy, Hobbits, and you haven’t played the OTHER Kabam strategy game with Hobbits, then… kismet!

In a contest for longest named online game, The Hobbit: Armies of The Third Age can hang with just about anyone. It’s not quite as successful on the originality front since it plays close to, but not quite the same as, its mobile cousin The Hobbit: Kingdoms of Middle-Earth. Yet it’s got just enough to call its own that if you were going to play one Tolkien-flavored builder/combat mash-up, this would be the one.

Kabam makes both games, so some similarities are to be expected. The objective is pretty much identical, in the sense that your goal is to build up your kingdom to be as powerful as possible. The first twist come early, though: in addition to the elves and dwarfs, you can also choose to play as the orcs. Hey, sometimes it’s good to be bad. 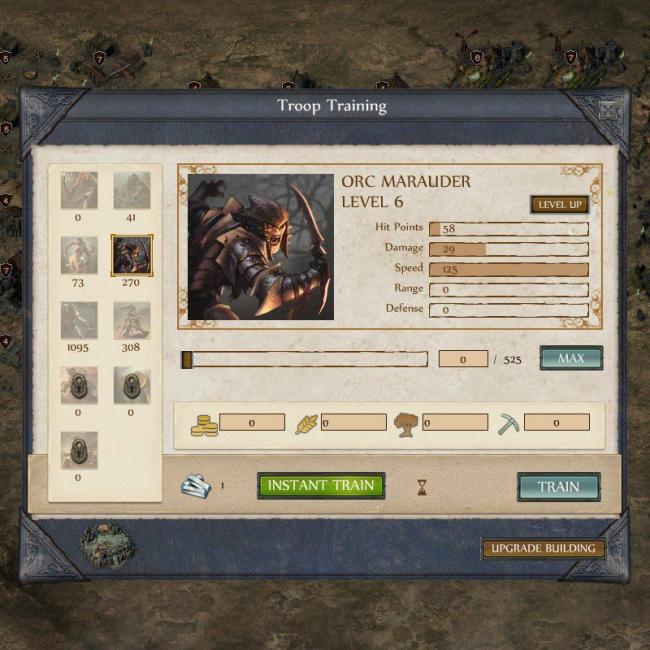 No matter which faction you choose, you have seven days from the time you start to get the city building aspects down pat before you can be attacked by other players. That’s plenty of time to master the fundamentals, which can be divided into two broad categories. The first is to ensure a steady flow of resources, and the second is raising an army.

I feel pretty comfortable saying that if you’ve played any kind of remotely similar game, the resource-gathering part will be old hat. You need farms for food, lumber mills for wood, quarries for stone and gold mines for (wait for it…) gold. Every resource building can be upgraded to produce even more, and you can build multiples to crank up your output as well.

Your other tasks are focused on your military, which is essential for both conquest and defense. A barracks allows you to start training troops, while the forge and academy can help unlock better units and weapons. The Great Hall is where heroes are hired, because those armies aren’t going to… ah, I’ve made that joke somewhere before.

Everything you do takes both time and resources: a little of both at first, but a lot more as you progress. This isn’t a new idea for a game of this type, and the premium currency, Mithril, can speed up any task. You can have one construction action, one training action, one research project and one upgrade all working at once, but the ability to queue further actions from the same category would have been nice. 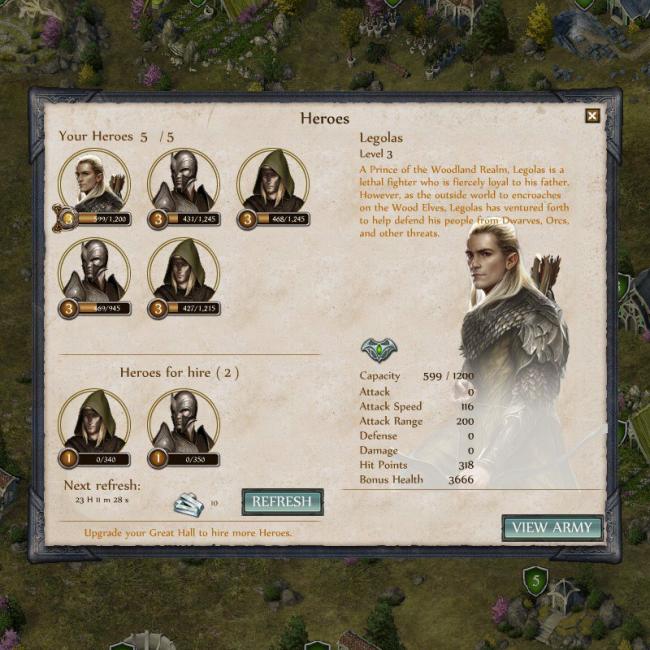 Once you’ve got a decent force under your command, it’s time to assign some troops to a hero and get to conquering. The Region map is divided into hexes that either hold other players’ cities or Wilds – territories that you can take over in order to boost your resource production. Attacking means a fight, and combat holds some pleasant improvements over the battles in Kingdoms of Middle-Earth.

The biggest difference is that there is actually a combat part of the game instead of a comparison between troop strengths and a result to be read. Whether you are attacking a player or a Wild, you get to choose where to deploy your armies, and you can kind of, sort of tell them which units or buildings to attack next. The combat and movement animations are almost laughably stiff and random, but hey, it’s better than nothing.

On the home front, you can build defensive structures like crossbow towers and trebuchets to help ward off invading forces, and they even come with handy firing arcs to see which buildings they can protect. And rest assured, once your initial protection wears off, you will get attacked. Mercilessly and continuously even, once other players think they can raid your resources without fear of getting wiped out. 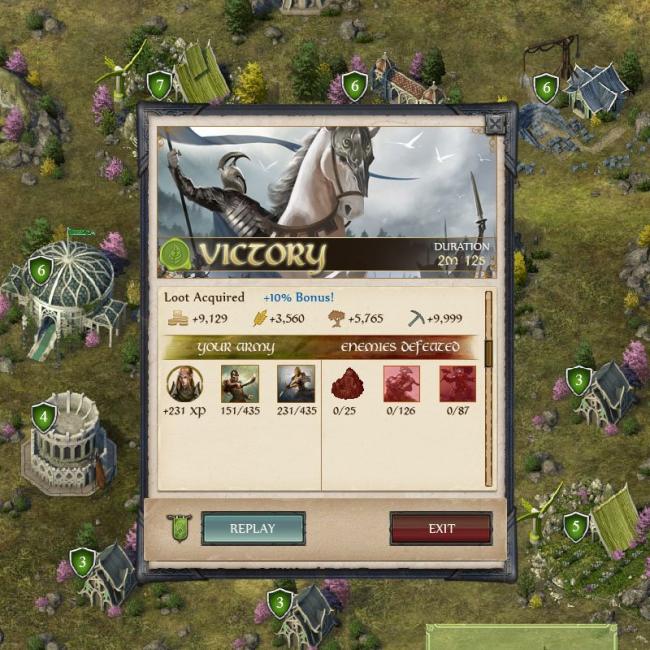 The solution is to join an alliance, which is a necessity unless you enjoy getting raided by people who are often younger than you and occasionally don’t even speak your language. Jokes aside, the game can easily degenerate into a boring grind unless you enjoy the competitive aspect of things, which Kabam reinforces with tournaments and other events. The general chat channel is always full of alliances looking to recruit, and the chat window has dedicated faction and alliance channels to help coordinate things.

Aside from the combat gripes, Kabam did a nice job in terms of production values. The artwork takes some cues from the original Tolkien novels and the movies based on them, and the music and ambient sounds are excellent. There are some hiccups in the interface at times, particularly when you are waiting for quest completion to be recognized, but these are relatively minor.

The Hobbit: Armies of the Third Age is the kind of game that appeals to a very specific subset of gamers – and not surprisingly, it’s likely the same subset that likes the mobile game – and those people are probably going to really like it. For everyone else, it’s going to feel like a grind before too long. It’s free-to-play, so there’s no risk for finding out, and I can almost guarantee you’ll know which camp you fall into before that first week of immunity is up.