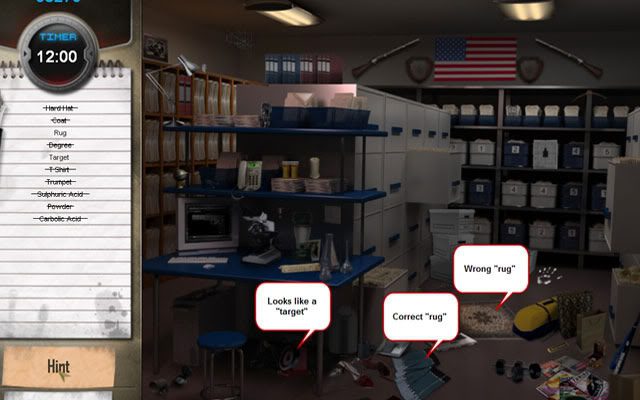 Game reviewing sounds like a dream job, but remember not every game receives four or five stars. We run into poor developed games and can’t quit as soon as we confirm the game stinks. Truck on, we must and we do with The Hardy Boys: The Perfect Crime.

The Hardy Boys – Nancy Drew’s teen boy detective counterparts from the books and TV series – are on summer break from school when they encounter crimes happening around Baytown. The game breaks the story into chapters beginning with a missing motorcycle that must be found.

The detectives interact with community through dialogue bars that scroll up, which is very annoying and hard on the eyes. The story isn’t a bad one and most of the characters’ personalities come through the conversational dialogue, but it’s strange to only see the main characters’ faces in the dialogues and not within the scenes.

The game doesn’t get off to a good start with dialogue. "The Hardys are again in for a grand adventure this summer. Using their slick deduction sense they are going to make another set of bad guys sweat! And it seems this time the case has fallen straightaway into their lap." Thankfully, not all of the dialogue sounds this awkward.

Most of the game consists of finding hidden objects with some becoming a key piece of evidence. At least some of the objects to find have some connection with the story, but too often objects appear tiny and unrecognizable. One scene had many suitcases and "travel bag" appear on the list. When it asks to find a rectangular glass, look for a vase. A helmet was actually a hard hat, and a later scene calls it by the right name. "Water bottle" was an energy-saving light bulb as revealed with hint help. 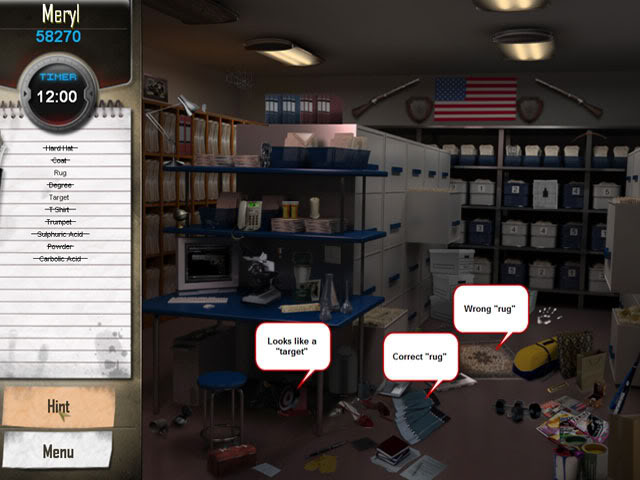 Another time, the game asked for "Mathias receipt," which made no sense. It wasn’t until a bit later in the game we discovered why. Need to find coins? Look for a wallet. "Orange cones" is one cone. The game has too many object typos and mismatches. This list of confusing items barely scratches the surface.

If you like to be tortured, quit The Hardy Boys: The Perfect Crime in the middle of a scene. When you return, you have to start over. The game contains mini-games that fit with the story, like putting together torn paper only to not be able to read what it says because the game returns to the scene as soon as you make the last match.

The decent Pipes-style mini-game has a Hardy boy fixing the wires to unlock things. Upon starting a mini-game, a PDA appears with instructions. The PDA looks poorly crafted and the instructions hard to read as it looks like one blob of text with no paragraph breaks. You can’t skip the mini-games, which is a problem because the hint only takes you to the instructions for playing the game and not helping you through it.

The hint system. Your guess is as good as anyone’s is. The game never makes it clear how many hints you get or if it needs to refill. It may give three hints per scene, but we’re not 100 percent sure without any numbers or instructions. To boot, the game barely shows you a blip when you ask for a hint that if you don’t look carefully, you’ll miss it. That’s criminal.

The graphics quality fares no better. Many objects look unprofessionally resized, giving them a warped or blurry look. The game comes with timed and untimed modes, which appear in the options. You must select the mode before playing the game. The mode shouldn’t be in options if it’s not changeable any other time during the game.

While many might think this deserves 0 or 1 star, it earns a 1.5 because it’s not as terrible as The Broken Clues, plus it has a couple of OK mini-games and a story with a little sense of humor. Although the game’s English has its moments, many other games take the cake.