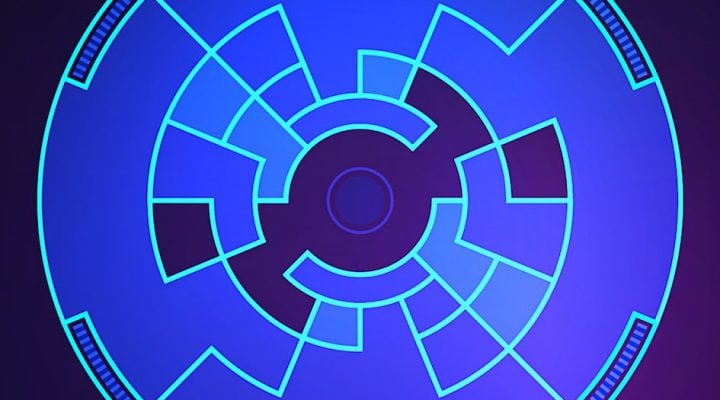 Entirely free if you want it to be

Not to everyone's tastes

The Guides was a tough puzzle game. Mostly because it was full of riddles and codes that took some time to truly decipher. At its heart it was relatively simplistic, but it did a great job of hiding that amongst screens of intrigue, attempting to keep you uncertain at all times. The Guides Axiom takes that principle and runs with it, adding a few valuable features to make it a more well rounded experience. It still won’t be for everyone, but fans of having their brains teased to a significant degree will appreciate what’s here. 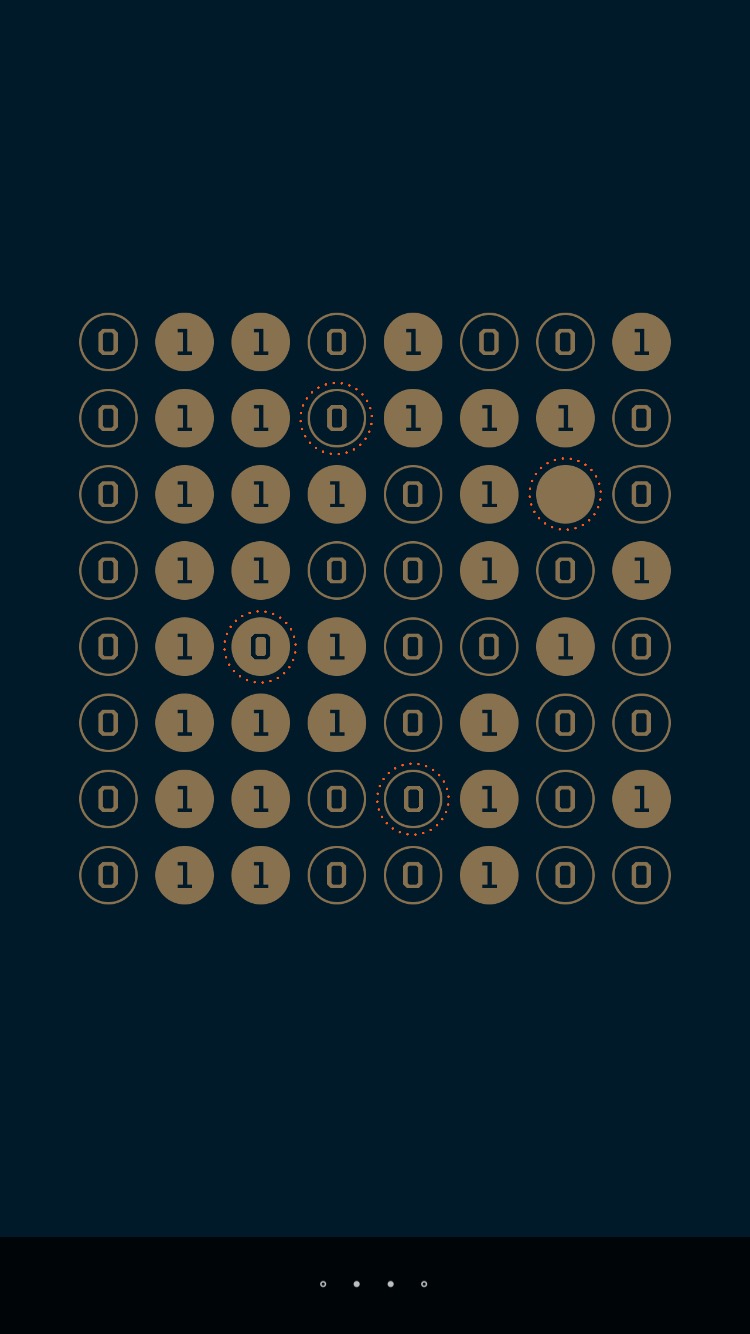 It’d be hard to explain exactly what’s going on in The Guides Axiom. Consider it a series of puzzles and clues, leading you to hopefully unravelling the enigma within. That sounds pretentious and maybe it is, a little. The Guides Axiom doesn’t offer a regular interface to negotiate. Starting out, you’re forced to follow a couple of set paths before things take a non-linear turn, allowing you to leap around between different levels.

In each case, a level is typically a screen or two forming the puzzle. You may have to decode what something might mean, translate some binary, or simply deduce what patterns are relevant on screen. It’s a tricky one to fully explain without spoiling too much. The Guides Axiom’s greatest strength is in your inability to immediately know what’s going on. 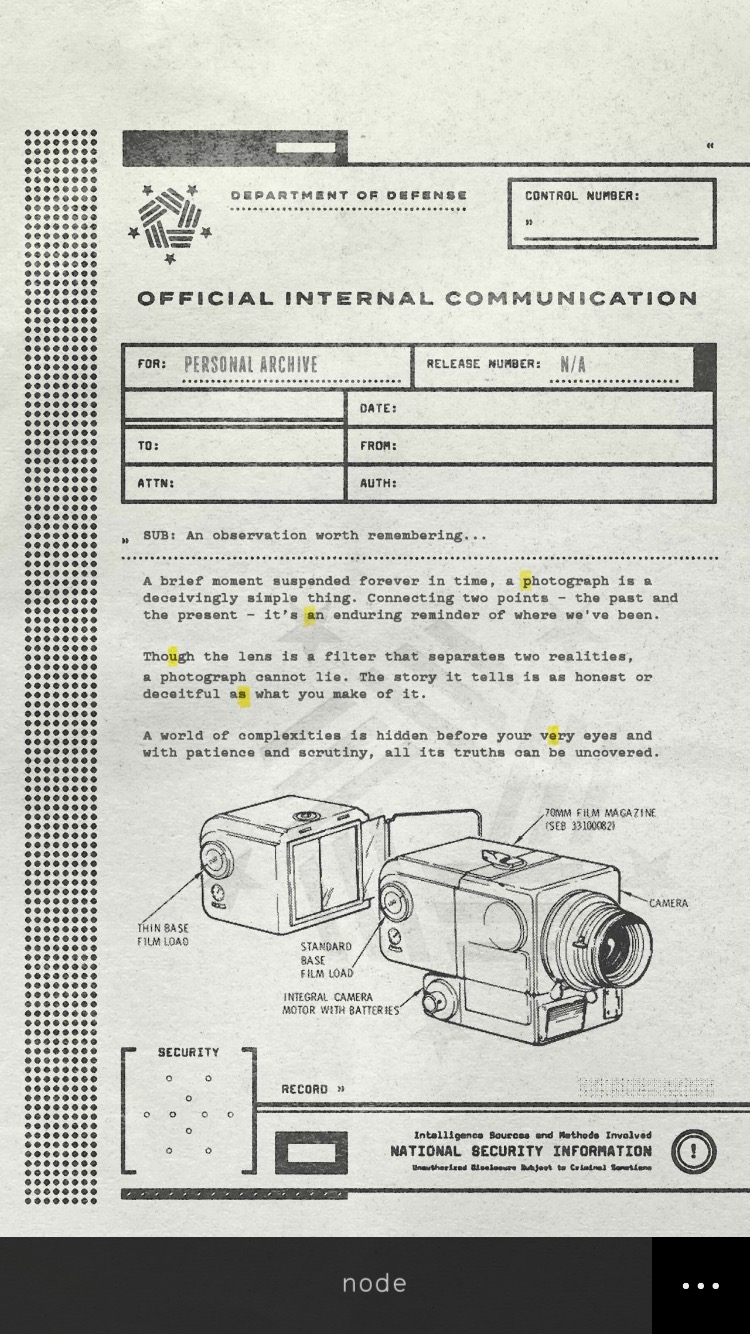 I found it the kind of game that I’d dip into. Some puzzles immediately made sense and I felt a big wave of satisfaction kick in as I’d effortlessly overcome a conundrum. Then another would stump me and I’d leave the game for a bit, returning later, usually with a fresh mind. It’s unusual how The Guides Axiom simultaneously combines a lot of satisfaction and a lot of frustration all at once.

On the plus side, the more you play it, the more you understand its way of thinking. You find yourself squinting awkwardly at a series of dots trying to figure out what they spell. Another time, you’re experimenting with what you can tap and seeing what happens next. At its heart, everything is so simple but it doesn’t seem like it until you’ve got past it.

It’s all reasonably well designed with the inclusion of various decoding tools built in the game, along with the ability to take screenshots and record notes as you go along. Although, I did find it easier to just open up a browser on my laptop and use a binary conversion tool there. Such built-in tools are handy when you’re out and about, rather than sitting at your desk.

Because of its very nature, those used to these kind of puzzle games may find their mileage varies significantly to those who struggle. There’s 50 puzzles in all, meaning when The Guides Axiom finishes, it’s done. At least for now, as there are promises regarding more puzzles coming soon.

Much like its predecessor, The Guides Axiom is a fascinating process. In an App Store full of games that guide us each step of the way, ensuring we can hardly put a foot wrong, it’s refreshing to have this title throw you in and leave you figuring out what you’re meant to be doing. You can buy hints in the form of Hacks, but it’s really not essential. The Guides Axiom doesn’t push you into it, and there are no ads to distract you from the experience. Instead, it can be as free as you want it to be. It’s worth throwing a few pennies the game’s way though. After all, how much in life can you say genuinely confuses you sometimes? Being able to overcome such obstacles is part of human nature and The Guides Axiom does a fine job of making you feel good. After bashing you down with logic and riddles, of course.