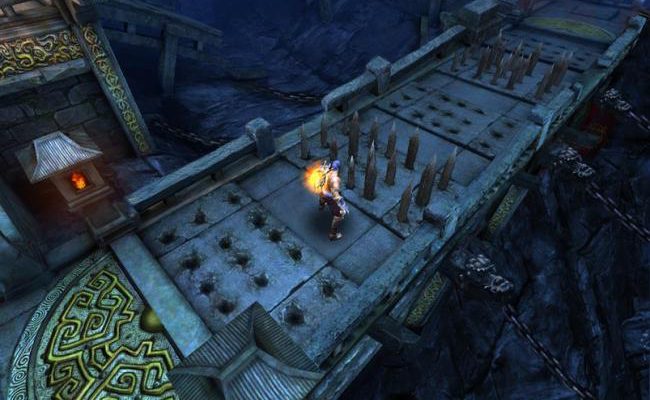 The Gods: Rebellion isn’t in the same league as God of War, but its gods are still worth slaying.

If our high school Greek Mythology classes have taught us anything, it’s that gods are petty, jealous, easily bored, and will hop into bed with mortals at the drop of a hat. In the fantastic world that unfurls in The Gods: Rebellion, Eastern immortals are likewise not interested in staying out of humankind’s affairs. In fact, one dark god has decided that it’s high time for mortals to start building some wicked temples, and it’s up to you to take on the mantle of a benevolent dragon god who wants to set things right.

Though you play through the game as a dragon god, you have to make do with a soft, fleshy human form and standard weapons. Your basic attack is a punch that can be chained into combo attacks. Additionally, you have a pair of axes at your disposal, as well as a powerful counterattack move. Your axe attack chunks through tough enemy armor, but its use is limited by an energy meter that recharges slowly—or so it seems when you’re in the thick of battle. You need to decide when to whip out the axes, though it’s admittedly fun to be a little frivolous with your weapon energy and watch your enemies’ blood spurt like an out-of-control water fountain.

But for the most, your basic punches serve you best. The Gods: Rebellion is a straightforward game overall: You’re guided along a clear path, there’s little exploration involved, and surviving most battles involves hacking away at the bad guys’ life bar and then dodging when they wind up for the attack. Unfortunately, pulling off the ol’ attack-and-dodge is easier said than done, since the game’s controls are far from perfect. The various attack buttons are lumped together tightly on the right side of the screen, and they’re distressingly small. This makes it far too easy to wind up for a useless counter-attack when what you actually want to do is wind up and punch a boss in his ugly pig face. The Gods: Rebellion also utilizes a set virtual d-pad instead of a floating pad. If your finger slips, you wind up losing precious momentum, making it that much easier for your enemies to clobber you. 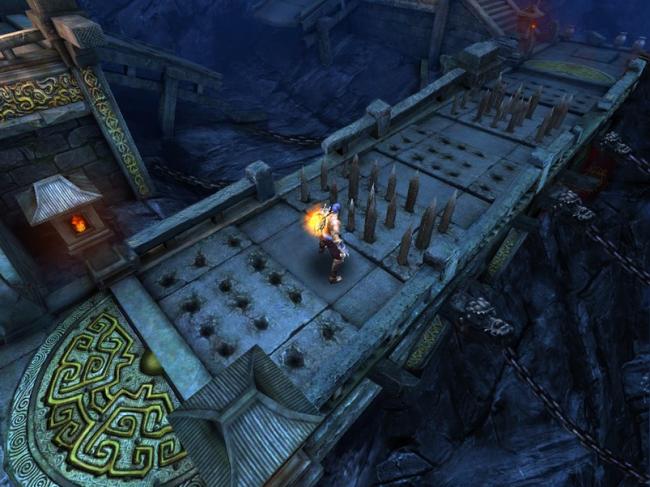 The Gods: Rebellion is no God of War killer. It’s quite linear, its controls need some touching-up, and the suggestions for in-app purchases (which are doled out whenever you die) are sure to cheese some players off. That said, the game looks fantastic and it still manages to offer a button-mashing good time—at least until all that button-mashing misfires and you start executing the wrong attacks.