The Frostrune Review: An Opened Gate 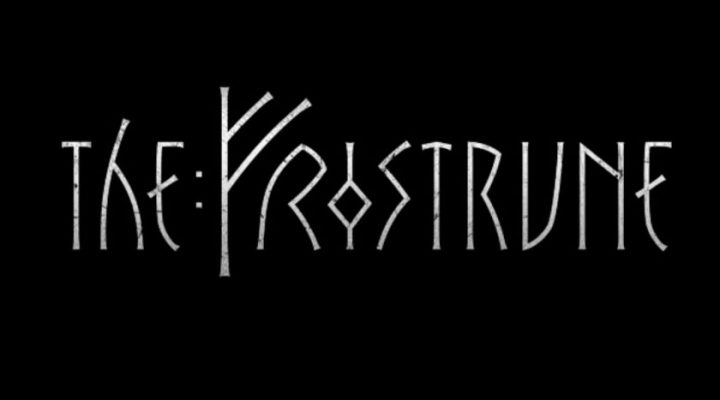 Strikingly beautiful artwork in every scene, from lightly rippling water on the shore to hanging runes rustling in the wind.

Fascinating and lovely-to-listen-to Old Norse dialogue brings the period and world to life.

The spirit world provides an interesting viewpoint and variation to the otherwise standard puzzle scenes.

Puzzles are never frustratingly difficult, and always-available in-game hints ensure you won' get trapped on a challenge.

The world is sparsely populated both physically and story-wise; to truly flesh out the in-game lore, players will have to look to outside sources.

Most scenes feel more like beautiful signposts than critical parts of the experience due to the low number of items, puzzles, and story contained within.

Too few puzzles and those included are too easy to be very satisfying.

The Frostrune is a breathtakingly gorgeous first-person puzzle adventure that uses striking hand-painted art to bring its small snippet of Norwegian history to life. Set in a village off the coast of Norway in the year 965, The Frostrune was lovingly crafted by developer Grimnir to be “as historically accurate as possible,” combining details from Nordic life and culture at the time with voiceover dialogue spoken in Old Norse to create an atmospheric doorway into the past. This earnest focus on the world itself has left the puzzles and plot feeling underrealized, however, resulting in a game that doesn’t evenly balance its beauty and its brains.

The Frostrune begins with a shipwreck that claims the life of everyone aboard save our heroine, a thirteen-year-old girl who remains unnamed until the end of the game. Our protagonist washes ashore near a small village and makes her way there, only to find it abandoned and with strange patches of impenetrable frost caked on areas of import like village rune stone and a nearby temple. After finding her way into that temple, our heroine is called upon by the spirit of a seer who speaks in lovely semi-riddles, telling her “The gates to Hel will open, barriers will break…Jotun’s wrath is great, flies feast on corpses. We must hinder his path and close the gates.” Our journey to discover what happened to this village and help prevent it from spreading begins.

That journey takes the form of a standard puzzle adventure, sending players around the individual static scenes that make up the tiny village and the surrounding forest. You will collect items as you wander and discover clues scattered about that will allow you to open new or previously closed paths and learn more about what led to the current desolation on the island. The Frostrune’s world is fairly small and you’ll be able to access most areas of the island early on, but many important objects or places will initially be inaccessible, covered in the mysterious frost that not even fire can melt.

One of the first items our heroine receives is a staff that allows her to enter the spirit world at any time. This staff essentially doubles the number of areas in the game, as every scene can be viewed via the living world or the spirit world and swapping between the two is as simple as tapping an icon on the screen. While she cannot use items or interact with the physical world directly while in this view, there are often spirits standing in plain sight that will offer guidance or a puzzle that will lead her to the next destination.

The puzzles she must solve are an interesting mix of logical and mystical: in the physical world, many puzzles make perfect sense, using keys to unlock doors or flint to start fires. In the spirit world, puzzles are based more on riddles and codes, such as using a poem’s lyrics to choose the correct series of glyphs or a simple cipher to touch the right panels on a rune. Even once the spirit world is open to you, however, the puzzles are never very hard to figure out, and the limited island size and inventory—items disappear once used and cannot be combined—mean that even if you’re lost on what to do next, the solution is rarely more than a few scenes away. Grimnir has also generously included hints accessible in the menu at any time that offer direct guidance on what to do next, so there’s little danger of ending up stuck on a puzzle for long.

Although we appreciate transparency and the lack of illogical leaps some other adventures require, we did find The Frostrune’s puzzles to be too simple overall. Many of the challenges are simply a matter of remembering exactly what you’ve read somewhere—as an example, we had to assign colored banners to singing spirit warriors and the game spelled out directly which warrior should receive which color in a book we found, “Pink sings the swordsman…”—as opposed to hints hidden throughout the world or riddles that must be unraveled. Besides the simplicity of most, there are also not that many puzzles to be found—the majority of scenes will contain a single hint or puzzle, and in a game with a fairly limited number of locations this results in a tiny puzzle ratio.

On the one hand, we don’t mind that The Frostrune’s gorgeous scenes are not overly cluttered with items or puzzle objects. A bunch of mini-games or random pick-ups would likely detract from the deserted and desolate atmosphere Grimnir has created. On the other hand, this is a puzzle game, and it doesn’t really scratch the puzzle-solving itch that others in the genre like Isoland satisfy so readily.

This lack of puzzles wouldn’t be quite as noticeable if The Frostrune filled the space with lore or story, but here, too, the game leans toward sparsity. There are some beautiful, musical moments when the seer or other spirits are speaking in Old Norse and warnings of Jotun or appeals to the Warriors transport you to their world. Small details, like clothes dyed with madder root or an honored gravesite near the sea in the shape of a ship reinforce the authentic setting that has been meticulously studied and planned out. Lovely, haunting lines like “There is no one living to aid you” remind of the horrors that have ravaged the village and are waiting nearby.

But much of the game feels empty, and not just in the abandoned-village sense. The heroine will comment on items occasionally, and very rarely will mention something appropriately personal, such as “That’s going to be a good ship, like my father’s…but that rests under the waves now…” when viewing a mid-construction Viking vessel. But more often, tapping on items or areas will result in no response or description whatsoever. The challenge in balancing first-person commentary and in-game explanations must be extremely difficult, as having our heroine explain everything on-screen would border on obnoxious, but the current amount of interaction and backstory does feel lacking.

Developer Grimnir actually created a six-trailer series prior to the game’s launch that provided additional details about the girl and world, as well as a number of blog posts that dive into the mythological inspirations for the game. These are all fascinating expansions on the lore that we wish had been included more in-game in some way, whether directly like the Cultural Insights in Never Alone or even just as villagers’ books scattered around the world Elder Scrolls-style. In their current formats, all of the potential lore feels very disconnected, with players only seeing the complete picture through the luck of stumbling upon it.

Our time with The Frostrune was a visually stunning experience that drew us in with its striking juxtaposition of the beautiful Nordic countryside and disquieting scenes of death and ruin. The combination of Old Norse voiceovers and mythological-inspired environments and objects brings the tenth century world to life in moments of superb cohesion. At other times, however, the straightforward riddles, small number of puzzles, and lack of extended lore leave the game feeling unfulfilled. There is a wonderful story here, but it’s available only as a companion to the other media Grimnir has created, and requires players to look outside the game to earn the full reward. As a standalone experience, The Frostrune is lacking. But as the gateway to another world, it shines like ice in the morning sun.

Secrets of the Dark: The Flower of Shadow Review – Dimensional Distress