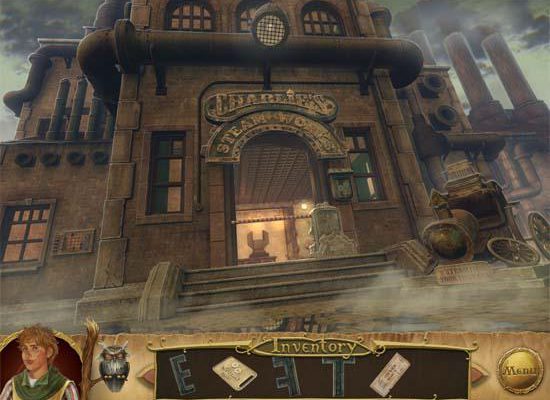 In classic fairy tale form, a kingdom is threatened by a ferocious dragon and it takes a clever fool to save the day.

Moldovan developer Magic Indie Softworks, known for its successful Robinson Crusoe games, continues its winning streak with fanciful hidden object adventure, The Fool. Drawing upon classic fairy tale themes, the game tells the story of a kingdom ravaged by a powerful dragon and demonstrates that sometimes brains are better than brawn when a kingdom is in peril. Offering beautiful art direction, unusual puzzles and a handful of interesting locations to explore, The Fool proves it’s not just another fairy story retread.

The story starts with a clueless young man—of the scrawny, 98-pound weakling variety—showing up and enthusiastically proclaiming his intention to take on the dragon. Considering the reward (the princess’s hand and half the kingdom) no one’s surprised he’d want to attempt it, but since many a proper hero has already tried and failed, no one expects him to succeed. The nameless, carrot-topped Fool’s first task is to cobble together a suit of armor. He sets about scouring the nearby town for the pieces, along the way running into the king, the princess and a nasty, albeit helpful dungeon inmate. 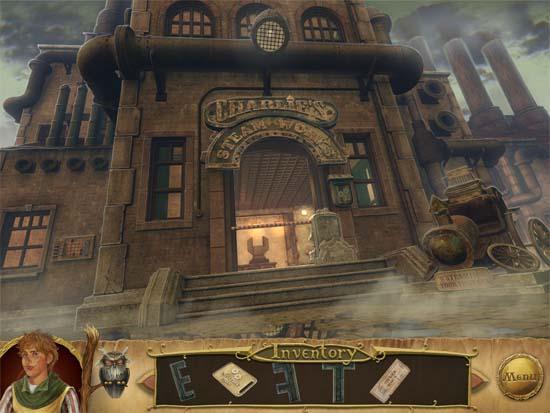 The armor search marks the start of a mechanic not usually seen in hidden object games: costume changes. The Fool’s portrait hovers at the lower left of the screen throughout the game and when he comes across something he can wear, a window pops up allowing you to dress him in it. Whether it’s armor, a ghost outfit or a baby dragon disguise, the portrait then changes to reflect the outfit he’s wearing, thus enabling him to access things he previously couldn’t. It’s a fun little role-playing element that definitely adds something to the game. Also unusual are the game’s puzzles. While some of them certainly will be familiar to adventure fans, a good number of them rely on a creative approach to shape recognition (one standout is a cool constellation puzzle) that’s different than what’s commonly seen.

In addition to some diverting twists on familiar gameplay, The Fool also offers some nice 2D story cinematics and beautiful 3D environment art. While the 3D characters can be a little odd looking, (the Fool himself is fairly scary at the start of the game) the environments are great, and offer more variety than usual. Most hidden object adventures tend to stick close to one location—a spooky house or an abandoned village—but The Fool takes you to a series of different ones, starting with the initial charming village and moving on to a creepy mad scientist’s castle, a steampunk city and a kingdom in the clouds. Although the game’s sound is limited, with only a few brief cinematic voice overs, its music is light, melodic and evocative. Add to that some fairly hilarious writing, (such as the princess telling the Fool, “You have the eyes of my beloved hamster. I love hamsters.”) and you have a recipe for great entertainment. 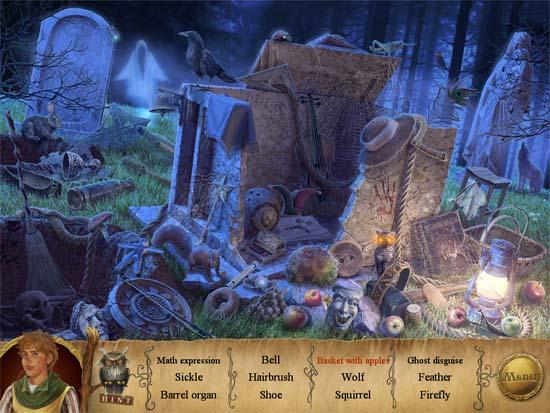 Looking for something negative to say about The Fool, it’s tough to find anything about it that outright begs for improvement. Really, the main problem the game has is that it feels way too short. Even though you’re allowed to visit many different locations, you don’t spend enough time at any one of them and instead are swept along to the next after only a couple of hidden object sequences and situational puzzles. It’s really too bad because within each location are many interesting, carefully-rendered areas just screaming with unrealized gameplay potential.

Despite this, and in keeping with its previous offerings, Magic Indie’s brought us another quality hidden object adventure. Although the game’s a bit on the short side and the story is not the most original, the gameplay does a lot to make up for it. Building on solid hidden object mechanics, The Fool spices things up by adding a smidgen of role-playing, a dollop of creative custom puzzles and a smattering of beautiful, interesting locations; the end result is a fascinating and tasty concoction.