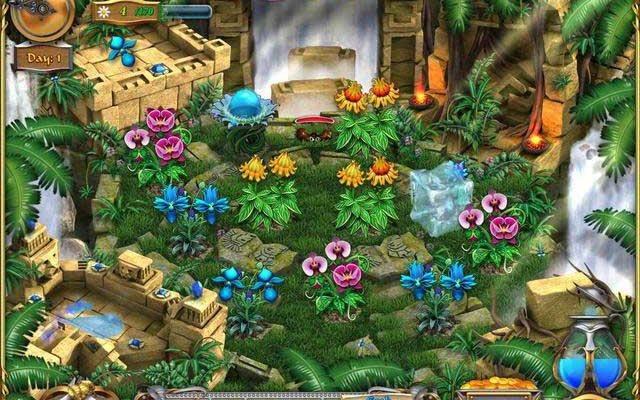 Flowers, spells, potions and thrones. A magical tale of gardening and peril await with PlayFirst’s newest time management title, The Fifth Gate. Enter a mystical realm brimming with charms, enchantments, and pests as you test your green thumb against the plight of being kidnapped by the power-hungry Morgana. Five gardens possess unique flowers and foes, and only upon exiting the Fifth Gate will you find yourself free of Morgana’s tricks and sorcery.

You’ll follow the tale of Eden, a beautiful young girl and the most talented gardener in all of the Fairy Kingdom. She awakens one day to find herself kidnapped by a foreboding woman named Morgana. Morgana has agreed to set Eden free, but she’ll have to give her something in return. Eden must raise magnificent plants, while keeping bugs and wilting at bay, in order to complete tasks and brew potions set by Morgana and earn the five stones to open the various worldly gates. Only once she’s obtained all the stones for the Fifth Gate will she be set free. 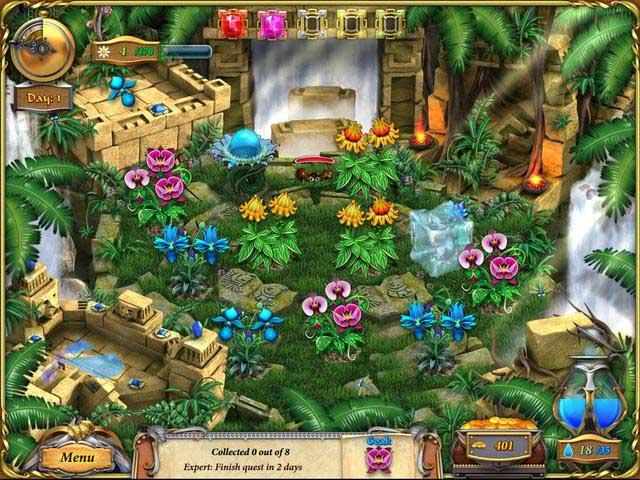 The goal of the game is fairly simple: harvest blossoms, as suggested by Morgana, to obtain key potion ingredients. Make sure to keep your plants watered, as well as keep the plant-devouring creatures away. Harvest as many blossoms as possible to complete the goals and garden in the shortest and most cost-effective period of time. But that’s not all: planting and maintaining such beautiful plants requires coins, and as such you will also be given the responsibility of managing your magical finances in order to best suit Morgana’s needs, as well as those of the garden and plants.

The Fifth Gate boasts and follows classic time management gameplay, but with a slight twist. Instead of the gameplay revolving solely around “days,” it more accurately revolves around tasks. Each task has a certain expectation of how many days it will take to complete: for example, a task may be completed in a single day, or it may take many before it’s finished. As such, the gameplay has a much more strategic and extended nature over that of a classic time management title. The Fifth Gate features five seperate gardens, each with 14 tasks of various duration.

In addition, each garden is unique. Not only does each feature a variety of plants and potions found only in that garden, but also unique pests and enemies, as well as a new gameplay mechanic each, such as spells to help keep the critters at bay, or new varieties of helper plants. 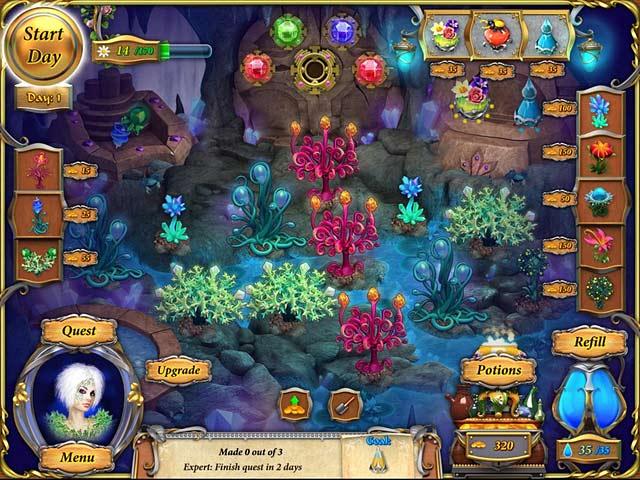 The Fifth Gate boasts many positive points. Pests, for example, are not limited to simply devouring plants. Some possess poison, or magical powers. If you attempt to banish or squash a pest while it’s emitting these powers, your cursor will freeze for two seconds. That may not seem like much, but when you’re attending to a very high-maintenance garden, it can make all the difference in the world.

Additionally, the goals Morgana sets for you also boast variation. Sometimes she’ll want a certain number of blossoms, other times she’ll want exotic potions, certain plants to be added, or certain creatures to be eliminated. In order to help you more effectively accomplish these goals, helper plants and upgrades are offered. You must strategize in order to obtain these while keeping your plants watered and happy. Helper plants may offer such features as extra water, the ability to instantly freeze all enemy pests, the ability to instantly upgrade a plant, or such powers as to harvest multiple flowers at the same time. 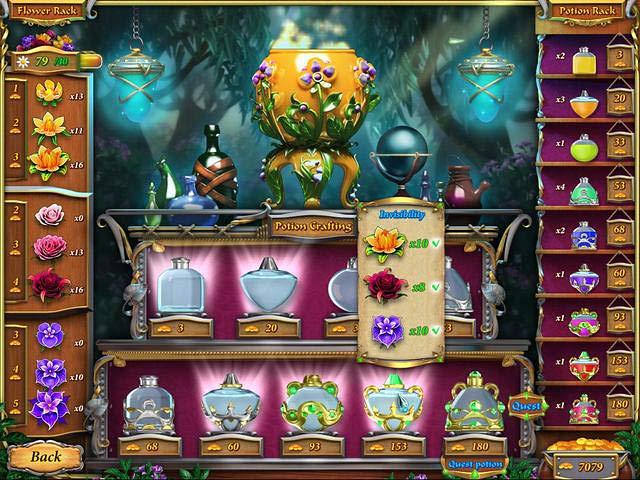 The fact the game features 14 tasks per garden promises several hours of gameplay, however it can sometimes be a negative if you have even a single bad harvest. At times it may also make the various gardens seem tiring or stretched, yet seeing as each new garden starts over with new plants and gameplay mechanics, the game often just saves itself from “the unbearably long level.” A feature that will likely be a frustration to many gamers is the fact that, unfortunately, your hard-earned coins will always reset at the beginning of each garden, and in the later gardens, you’ll be left with much more than you will likely even need by the end.

Overall however, The Fifth Gate is a charming and entertaining time management title, sporting beautiful graphics and music, as well as varied and original gameplay features. It even boasts a replayability factor by offering expert goals, as well as trophies to obtain. Needless to say, it would be a welcome addition to any time management enthusiast’s collection.