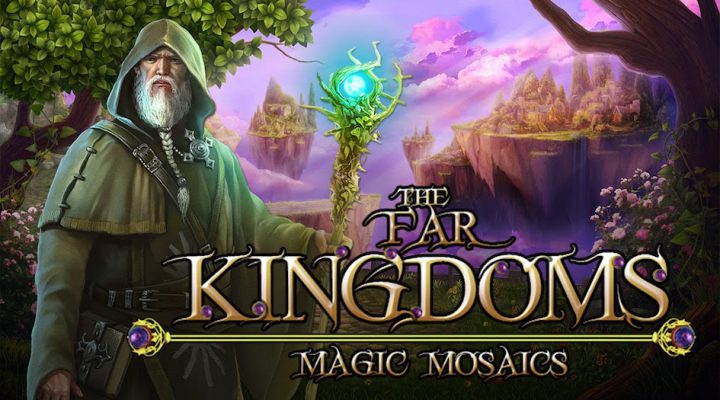 Not much changes other than the difficulty

Do you fancy a bit of a challenge, but without too much edge? The sort of relaxing challenge that won’t stress you out too much? If you’ve answered yes, then you’re probably going to like The Far Kingdoms: Magic Mosaics. It’s a distinctly casual affair, but one that requires you to think logically every step of the way. Reassuringly though, while a timer is available, you don’t have to feel rushed to do better if you don’t want to.

A loose story introduces you to the game. It’s something to do with having to save the kingdom and restoring the basic elements of living (i.e water, air, fire, and earth) to the world. Odds are you won’t end up paying much attention to it, but that’s ok. The crux of The Far Kingdoms: Magic Mosaics is all to do with solving various mosaic puzzles. Those mosaics are reasonably challenging, but never less than logical. 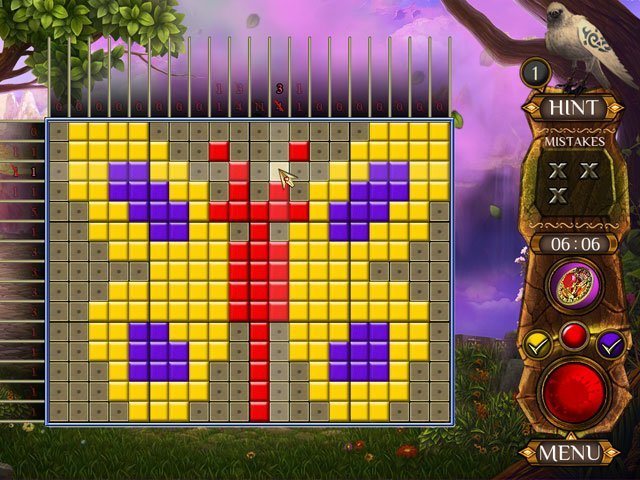 In each case, you’re putting together some kind of picture. This could be a creature of some sort or a symbol. Generally, it’s hard to figure out early on, but each picture soon starts coming together. It’s all suitably colorful too, and really quite imaginative at times. Each puzzle ties nicely to the theme of the kingdom you’re currently participating in too, giving you a sense of progression.

In each case, the grid is backed up by a series of numbers highlighting just how many tiles must change color within a line. Some lines have just one or two tiles, while others have a selection of numbers to find, sometimes with gaps between them. The key here is to go for obvious solutions, such as where an entire line is sure to be filled, before working your way along to tackling the trickier parts of the puzzle. You’re given a few opportunities to make a mistake before it’s game over, so you’ll want to be careful here. Screw up too many times and you have to restart the whole level again, even if you manage to do this right at the very end. Hints are very limited, so success is mostly down to your wits. Fortunately, the more you play, the more it all makes sense. Your brain adjusts to the right kind of lateral thinking pretty quickly.

And it’s certainly satisfying when that happens. When you’re truly stumped, you can switch to a different part of the puzzle, which in some cases can help you see things with a fresh set of eyes. Other times, you can power up a special amulet which will solve four random tiles for you. It’s all simple enough to do, with a drag of the mouse cursor taking out a whole line if you want.

Ultimately, the premise doesn’t really change drastically at any point. You can upgrade your kingdom through coins you collect, but that’s fairly unexciting. It doesn’t matter though, because The Far Kingdoms: Magic Mosaics is still quite entertaining to play through. You can take your time, poking away at a few more tiles as you go, watching as the picture slowly emerges. And 80 levels means you’re not going to run out of things to do any time soon. As a relaxing experience with a bit of bite to it, The Far Kingdoms: Magic Mosaics scratches that itch perfectly. It’s far from the first game of its type, but that’s hardly a negative. This is the kind of game you can while away a few hours with, while relaxing after a busy day of work. The world can always use more games like that.