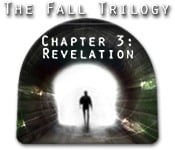 It may not be a revelation, but at least the final chapter finally provides some answers

It’s all come down to this. After two games that provided plenty of mysteries but virtually no answers, the third title in The Fall Trilogy finally wraps things up once and for all. But is it a satisfying conclusion? That’s up for debate. As the name implies, Revelation finally answers all of the questions from the previous games. It brings together three disparate locations and somehow makes sense of them. But even though you’re not left with any more questions when the credits start to roll, it’s hard not to feel as though the developers took the easy way out with this one.

“In the previous two chapters you went through some strange adventures,” the game explains during the opening sequence. Talk about an understatement. And things don’t get any less strange in the finale.

First it was an ancient ruin in a tropical jungle, then a sterile office building with futuristic tech, and now series protagonist John finds himself in a simple house. But not just any house, one located in 1888. It appears as though he’s not only jumping back and forth geographically, but chronologically as well. And just like in the second game, where he played the part of a secret agent, John once again has to take on a new persona, this time as a doctor. Almost the entire game takes place in the house as John attempts to diagnose and then cure a bedridden man.

Up until the end the story feels just like the previous two games; that is, not much happens. John will see objects that he remembers from his past adventures, which only makes things more confusing. But he’s no closer to discovering just what is going on. It’s only in the final moments that everything becomes clear. Though the final revelation—which, it has to be said, is somewhat disappointing—doesn’t require much explanation, the last few moments of the game do a good job of pointing out and explaining all of the coincidences that John has come across during his trek. It’s not that the ending is terrible, though, it’s just not quite the big secret reveal that we’ve been led to believe over the course of the trilogy.

When it comes to the game itself, little has changed apart from the setting. It’s still the same casual take on point-and-click adventures, though this time around there’s a heavier emphasis on hidden object finding. You’ll be finding everything from plastic tubes to candles to pots and pans, and in some cases you’ll even have to put them away where they belong. Once again there are two difficulty settings, and even when you’re playing in the easier mode there is plenty of help if you need it. There’s the pre-requisite hint system to help you understand tasks and find hidden objects, but if you’re stuck on a puzzle for a while the game also gives you the option to switch to an easier version. And if that fails, you can always skip it all together.

Plenty of the puzzles tread well worn ground, like sliding block puzzles and spot-the-different sequences, but many are actually very well implemented. For instance, when you inspect your patient for the first time, you’ll have to do everything from taking blood to checking his eyes. Actually performing these tasks is simple, but they do a good job of making you feel more immersed in the world.

The visuals also look pretty much the same, though thankfully we get to ditch the drab white office from chapter two for a warm and inviting old house. The graphics won’t blow you away but they certainly get the job done. But with third game one thing is clear: The Fall Trilogy has a great musical theme. It’s instantly memorable and also very flexible, as it’s often changed and tweaked at various points throughout the game, but still remains distinguishable.

If you’ve already played the first two chapters then you don’t really have much choice: after all that you need to know how things end. Revelation goes the easy route when it comes to wrapping things up, but at least it finally provides some answers.