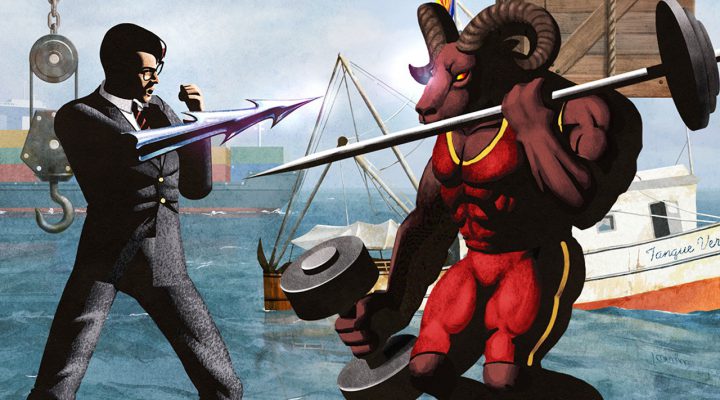 Each monster requires a different strategy to fight.

A fun and unusual experience.

A bit akward to handle.

We all daydream about having super powers. For example, I was just looking out the window, wishing I had the ability to make it rain so I could stay in and not have to mow the yard today.

Sometimes we all wish we had super powers to get things done, or just to make our lives a bit more interesting. Many of you probably work in office buildings, stuck in cubicles and meetings for the majority of your day. Wouldn’t it just be nice to punch your way through your office building? Who needs doors when you have flaming fists and lightning-fast kicks to take care of those pesky walls?

In The Executive, a new fighting game from Riverman Media, players control an ordinary office worker who has suddenly found himself thrust into some highly unusual circumstances. His co-workers have all morphed into beasts and it’s up to him to punch and kick them all to death. You, the player, are responsible for blocking attacks, and attacking the monsters when they’re vulnerable. 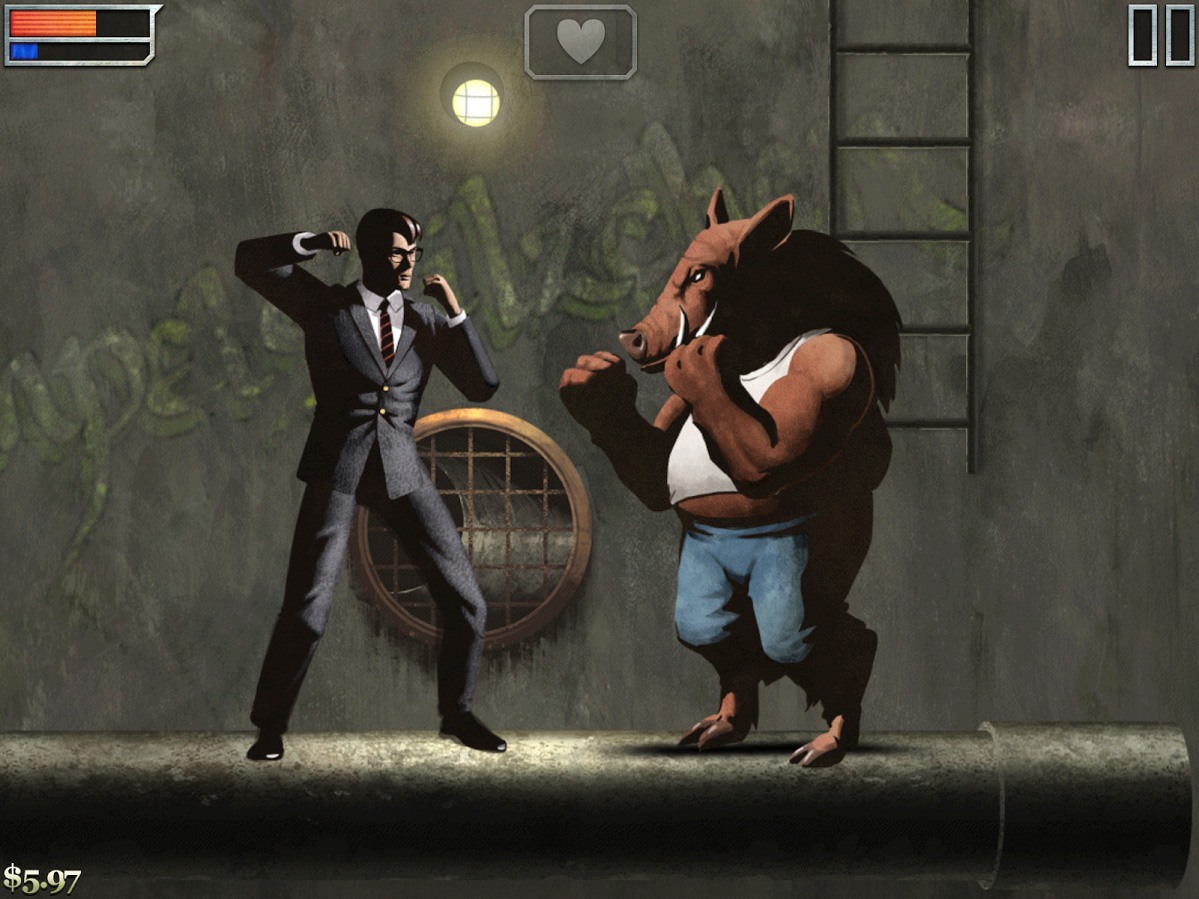 The core fighting mechanic in The Executive involves a four-button system. Two buttons for attacking, two buttons for defending. Tap the top and bottom of the Executive himself to block high or low attacks. Tapping away from the Executive will initiate a low or high attack. It’s as easy as watching for visual cues that signal an impending attack, blocking them, and then tapping the part of the enemy that is exposed.

Even though the combat is the same from fight to fight, handling each monster is a little different. For example, when fighting the pig-men, I know to block an extra second because sometimes they like to double up on their punches, sneaking a second swing in about the time that most players would lower their defense. Tricky pig-men.

As you progress through the game, you’re awarded currency which can be used for Executive upgrades (increased health, power, etc.) or an economy-based feature that generates cash based on the player successfully conducting certain activities in the game’s levels. For example, by hiring more Chemists you’ll make more money each time you complete one of the quick-time stunts found throughout the levels.

As straightforward as the combat is, my one grievance with the game involves fighting the enemies. Because you have a short amount of time to block attacks, you’ll want to keep your fingers at the ready, hovering just shy of the screen. This generates a problem when my own hands are blocking my view of the enemy. I couldn’t find a Goldilocks-zone for my hands; if I kept them too far from the screen so I could see better, I’d often not be able to block in time. If they were close enough where I could quickly attack the enemy or block their attacks, I had trouble seeing around my fingers.

Other than that issue, I found little to dislike about The Executive. It has simple mechanics, quick bursts of gameplay, and each enemy warrants a different strategy to handle. It’s just going to ultimately come down to whether you like 2D brawlers or not — and if you do, The Executive is a very easy recommendation.