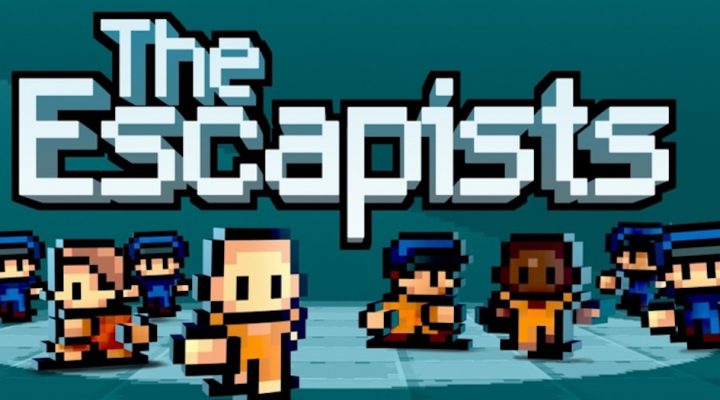 Satisfying to have so many different routes to pursue

Irritating controls that don't quite work

Can be quite slow paced

The Escapists is one of those simple yet glorious ideas that you’ll wonder why no one else already came up with it. A huge hit on pretty much any system you can think of, Team 17 has finally ported it to mobile. The Escapists has you attempting to escape prison through any means necessary.

Quite cute and charming in its way, it might be lightweight in tone — but there’s plenty of depth within this prison sandbox strategy game. Control issues let it down a little, but it’s still a rather fine mobile adaptation. 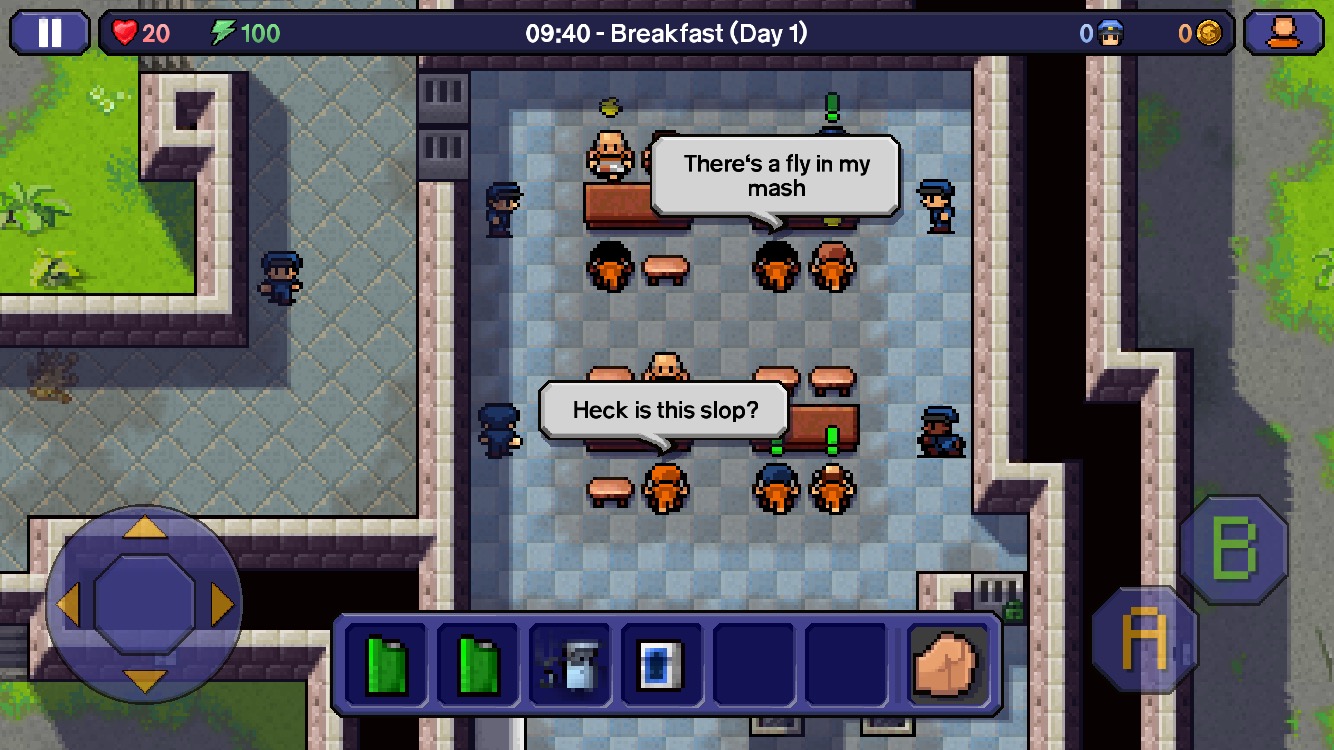 Looking quite reminiscent of the original Grand Theft Auto, a top down perspective is how you approach action in The Escapists. Each day in prison follows a set structure. Typically, this involves leaving your cell in the morning to grab breakfast before partaking in some form of exercise in the exercise yard. Each prisoner also has a job assigned to them, such as cleaning up the surrounding areas or dealing with laundry. Early on, at least, you want to keep the prison guards happy, so you’re best off keeping your head down and doing what’s expected of you. This isn’t a cruel prison though, so it’s not so hard to keep to the rules.

As you go about your business, avoiding too much attention, you can converse with the other prisoners. By doing so, you can accept tasks from them, thereby earning money and other items. Contraband can be bought with money, while items can be used individually or combined with other things to create useful tools. This crafting system is reasonably complex too, offering you plenty of options for what to do. 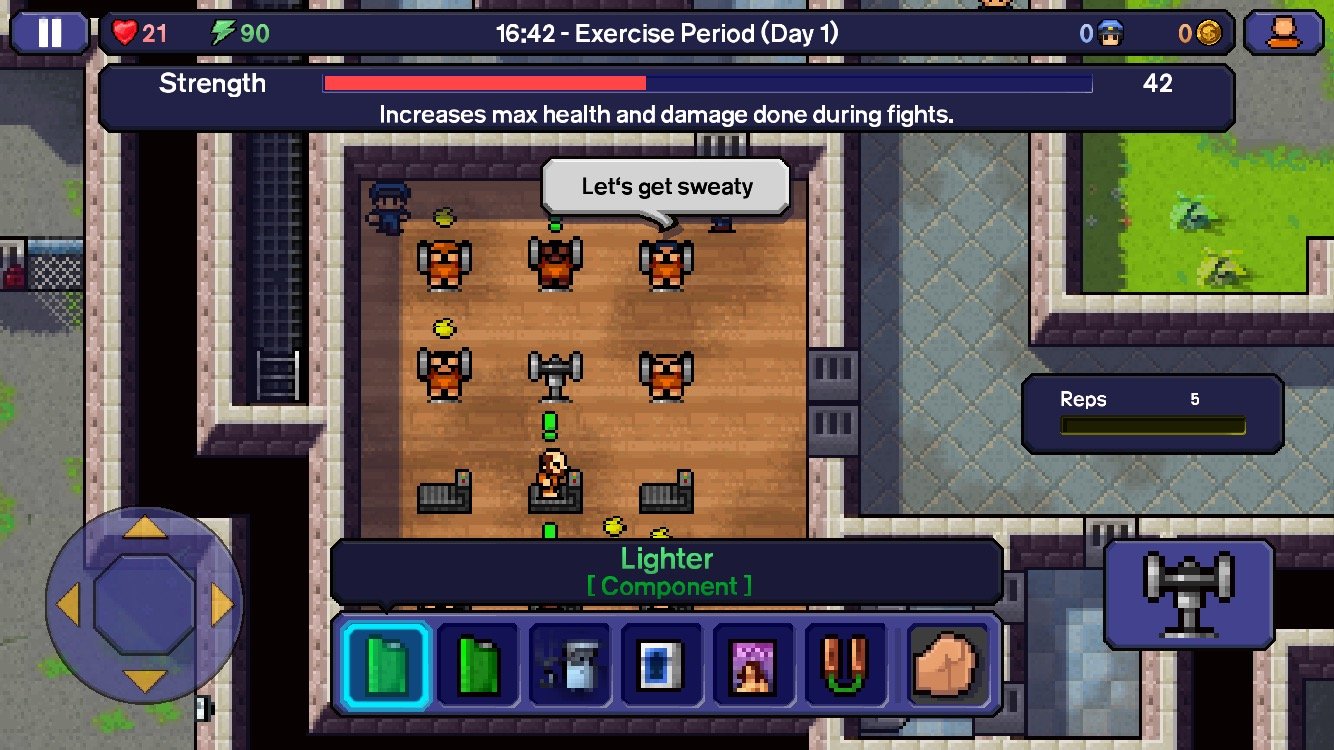 That’s much of the beauty behind The Escapists – it’s really quite open in terms of what you can accomplish. All you need to know is that your job is to escape, otherwise it’s down to you how you do so. You can create a shovel from some components and dig your way out, you can don a guard uniform to go unnoticed, or you can incite a prison riot. The variety is extensive and rewarding.

Where The Escapists struggles however is with its jump to mobile. There’s a choice of two control methods. Virtual controls provide you with an A and B button, along with a virtual joystick. This works reasonably well, but even with small fingers and a sizable iPhone 6S screen, I found myself mistapping. The other option is touch controls which removes the constraints of a virtual joypad, but still feels quite awkward at times. With neither option fully succeeding, it becomes an issue when you’re trying to complete a task quickly. Who wants to keep picking up a desk by mistake or failing to slap around another prisoner? It soon gets a little irritating.

Stick with such annoyances though, and the joy of The Escapists does shine through. While sometimes you might feel like playing the slow game of keeping your head down for a few days before making your move is a little uneventful, you’ll frequently feel like you’re working towards a bigger goal. It’s enjoyable trying multiple different strategies and working out what method pays off the best. The fact that you feel almost solely restricted by your imagination is an even bigger advantage. It really is the kind of game you’ll wonder why no one has done before.