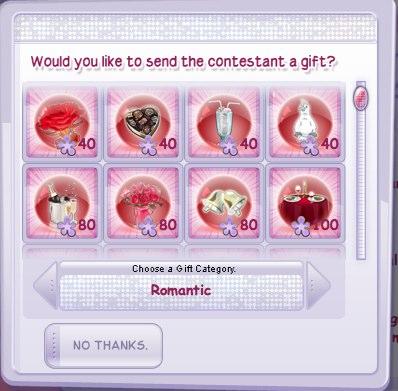 The Dating Game plays more like The Waiting Game

Much like other game shows of old, The Dating Game has finally come to Facebook. And it brings with it the exciting prospect of finding out who you are most compatible with. But while the idea of something so gleefully social sounds fun, the execution is almost as dull as your last blind date.

In The Dating Game, you find yourself starting out by choosing your male and female avatars. You heard me correct; you choose both in this game (you’ll use either depending on the chosen game). After you’ve chosen your avatars, you can customize them with different hairstyles, clothes, and more. Fancier clothes cost additional money, so be careful what you spend on.

Now you can start playing by either choosing to start your own game or by joining one already underway. If you start your own game, you’ll get to choose which avatar plays, along with which sex the contestants will be. Then you can choose what theme your game has ranging from a cool island theme to a wedding theme. Anything but the standard theme does cost money to play.

After selecting the theme you’ll have to wait for other players to either randomly join and play along with your game, or you can invite friends to play. Once they join (which could be hours or even days), they will be asked questions about themselves pertaining to dating you.

The questions themselves range from being simple and harmless to downright crude such as “If you were a zombie, which part of me would you eat?” I don’t know how that’s supposed to help me choose my date, but it’s certainly interesting at least. After a few questions, the contestants will then have to wait for the other contestants to join and answer before moving on. At the end of questioning, the contestants will also be given the option to send you a gift such as chocolates or flowers for a little bit of money. 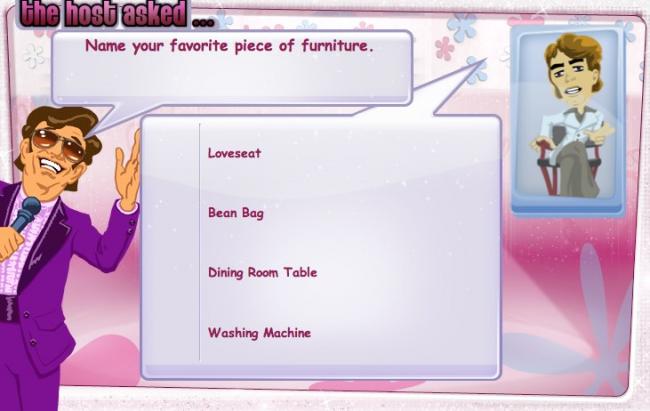 After every contestant has answered the questions, you will be able to pick your date based on the questions they answered. For playing, you will receive some money, as well as the contestant.

The reoccurring theme throughout this review has contained but one word: wait. For a game about dating and love, this one sure tends to be boring due to the constant waiting that happens. The few brief moments when you actually get to play the game are cherished but gone far too quickly. 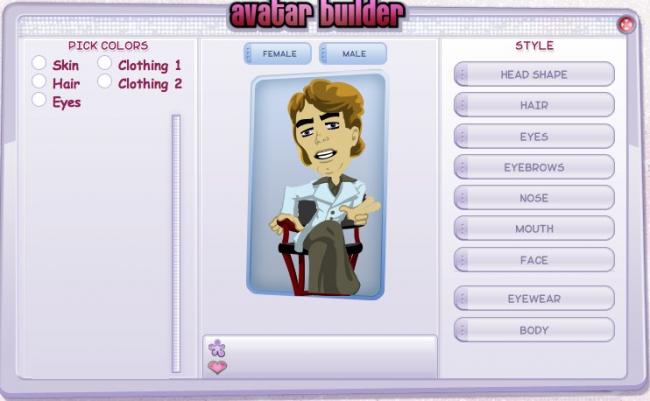 Perhaps the developers should have taken a few notes from The Price is Right on Facebook, which plays out a game in real time, so that you can actually finish it in a reasonable amount of time. After each round, players can come and go as they please leaving players with a fresh game every time they want to play.

In its current state, The Dating Game plays more like The Waiting Game, and is just too stale, dull, and boring to recommend playing to anyone except hardcore fans of the classic game show. And even they will need some patience.