The Chronicles of Emerland Solitaire Review 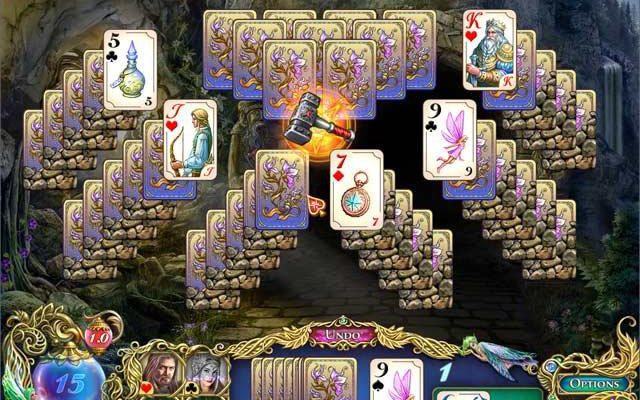 What do object hunting and pyramid solitaire have in common? This game!

The Chronicles of Emerland Solitaire is the latest in a growing group of games in the pyramid solitaire genre. But where others simply have you removing cards from templates at the top of the screen, Chronicles of Emerland throws in hidden object scenes for depth. The game’s soothing music and lovely graphics offer a relaxing setup for card game play, but the game, like so many others in the genre, ultimately relies more on luck than skill.

The game begins with you training with a wise mage in a lush forest populated by fairies, humans and all manner of woodland creatures. Peace and harmony is spread throughout the land, until an evil wizard named Seth decides to destroy the world’s amulets and take control of the land for himself. Your goal, then, is to stop Seth before he can destroy the amulets by traveling to each realm within the kingdom and protecting the amulets at all cost. 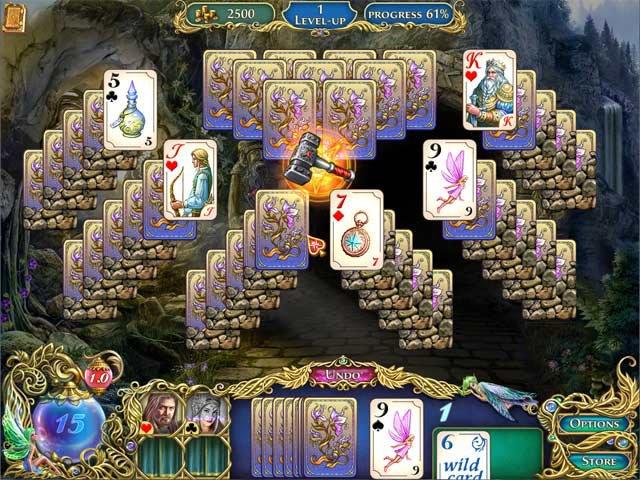 The majority of your time in Chronicles of Emerland will be spent completing dozens of pyramid-style solitaire levels, as you click on cards that are one number below or above the active card at the bottom of the screen (with Ace working both ways). The goal in each stage is to remove all of the cards from the game board before you run out of cards to draw from in your remaining deck. Each level has a different template of cards to begin, and offers you a different number of cards in your deck, making each a different experience than the last. This is even more true when you add in items like frozen cards or power-ups that allow you to turn over blocked cards before they’re uncovered naturally, wild cards and jokers, as examples (both of which allow you to extend a combo of played cards for more points).

Unfortunately, the major problem with pyramid solitaire remains here: even though the gameplay is incredibly simple, you may fail a level (here, failing a level means leaving more than five cards on the board at the end) through no fault of your own, but simply through a run of bad luck as you never received the cards you needed at the bottom of the screen. You can replay levels to try and earn higher scores, but this isn’t really required until you reach further stages, when you’ll need to remove entire columns or rows of cards to proceed elsewhere in the game.

And this is where the game’s light hidden object mechanic comes into play. Every few levels, you may be asked to gather groups of items in bulk, either as a simple way to pass the time, or as a necessary objective to overcome an obstacle left in your path by Seth. The first major obstacle, for instance, is a destroyed bridge that will need to be repaired by gathering logs, planks, mushrooms and more through a combination of these bulk object hunts and removing full columns back in the solitaire levels. 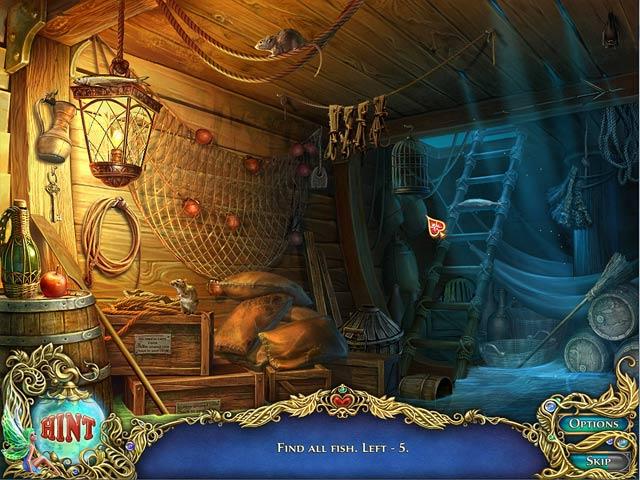 As with most solitaire games, Chronicles of Emerland becomes repetitive quickly, but the promise of experience points and coins at the end of every level works well to keep your attention on the task at hand. Both experience points and coins allow you to unlock or purchase additional boosts for your game, and you may even earn a few trophies for performing well along the way. There are some odd menu issues when it comes to these particular features, as power-ups as purchased but then disappear from your view and the requirements for trophies are unclear until after you’ve earned them.

The Chronicles of Emerland Solitaire may suffer from a few menu issues, but the overall experience is lovely and definitely entertaining. Levels are challenging, albeit a bit repetitive, and the game’s focus on luck makes completing a level with a perfect score even more satisfying as you’ve truly accomplished something special. If you’ve run through the other games in the pyramid-solitaire genre, or are simply looking for a relaxing way to spend a few hours, this is definitely one to pick up.