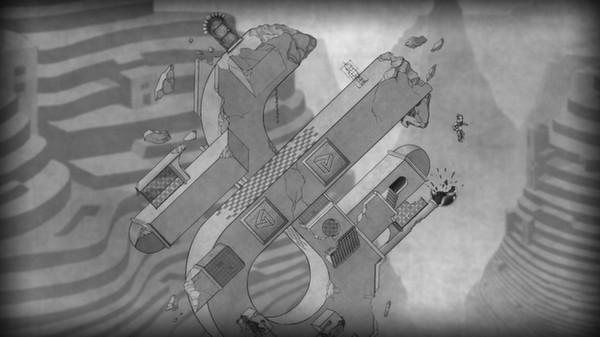 The Bridge is M. C. Escher in video game form, although it’s not as enjoyable as it could have been

When I’m inevitably a millionaire from all the video game journalism money that I’m raking in, I’m going to find the world’s best architect and ask him or her to build an M. C. Escher house for me to live in, with stairways that double back on themselves, and impossible waterfalls for me to dive off of.

Until then, perhaps The Bridge can satisfy me – an indie puzzle platformer that takes the design of M. C. Escher and gives it some interaction. It’s entertaining to a point, but in the end the concept simply isn’t taken to the level I would have hoped.

Your control over the world of The Bridge is twofold – you move a Newton-like character through various puzzles that don’t make structural sense, while you’re also able to rotate the entire world and change the direction in which gravity is pulling. By combining these two abilities, the goal is to get Newton to the exit door in each puzzle.

From the get-go, it’s easy to guess which other big indie game The Bridge has been inspired by. This game has Braid written all over it, from the way the game begins, to the house that acts as the central hub, to the series of doors that lead to puzzles, to the fact that you can rewind puzzles… the list goes on and on.

It’s not really an issue, but it does feel a little like the inspiration goes too far at times, and that the game is essentially attempting to be Braid 2.0. But hey, if you liked Braid (which you probably did), then that can only be a good thing, right?

And The Bridge‘s puzzles are just as lovely as its inspiration, requiring some serious thought at all times. Alongside the idea of traversing environments that visually don’t appear to make any sense, the game also throws a few different ideas your way including vortexes that hold your character or objects in position and rolling balls that want to crush you.

There’s some really clever ideas on show that usually involve working out how to get Newton past obstacles by carefully rotating the world such that he doesn’t fall off it. Later on you’ll be using special portals to hold him in place while you take control of another object instead, giving the game a whole extra dimension of play.

The art style, of course, is also a huge talking point. The game looks truly gorgeous, and the hand-drawn animations never stop being lovely to watch. The M. C. Escher angle is really nifty too, and lends itself to some great puzzle solutions.

But The Bridge isn’t all fun and games. For one, the puzzles might start off excellent, but they soon devolve into a case of trial and error. You can usually work out a solution by simply rotating the screen in one direction, and if it doesn’t work, rewinding and then rotating it the other way.

And many of the puzzles are hugely repetitive and cyclical, asking you to perform a sequence of movements to work your way around a level, then repeat it again, and maybe even a third time to get back to where you were, but with slightly different results each time. It makes logical sense, but doesn’t make for a hugely entertaining experience. 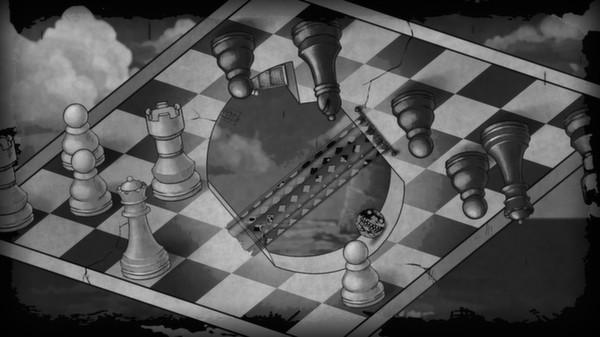 And then, just as it feels like the game is getting started and has thrown a few ideas your way, it’s all over. Although the game is said to have “48 thought-provoking puzzles, each unique from the rest,” this is a bit misleading – in fact, the game has 24 puzzles which are then mirrored when you complete the game. The mirrored versions aren’t so hot, given that all you need to do is use the opposite solution to your original playthrough.

Unfortunately, 24 puzzles simply isn’t enough content to really get into the swing of it, and it feels like a hugely missed opportunity. You’ll be able to blast through them in an hour, and then you’ll be left coming up with your own game mechanics for how you would continue the experience on from here. It feels like there’s lots that could have been done to expand on this base experience, and yet it all ends with a bit of a whimper.

The Bridge deserves to be something more, but in its current form is more a prototype than a full game.

March of the Eagles Review