The Book of Unwritten Tales: The Critter Chronicles Review 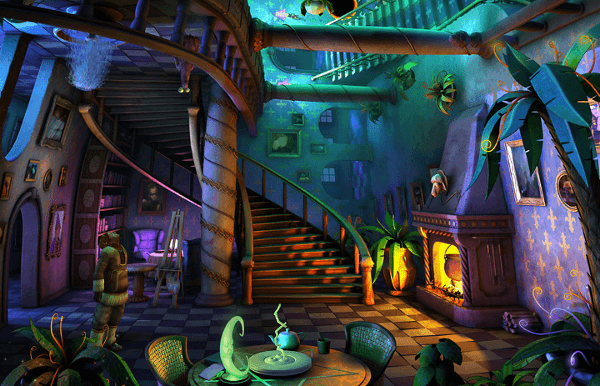 A top shelf adventure game with great puzzles, a smart sense of humor, and penguins!

A prequel to The Book of Unwritten Tales, The Critter Chronicles takes us back in time a bit to explore the origins of the furry Critter we all love, as well as telling the tale of wannabe captain Nate and his perfectly legitimately acquired airship. It’s old school adventure gaming to the core, complete with smart writing, hilarious dialogue, and more inventory puzzles than you can attach two sticks together and shake at!

Nate isn’t exactly the best airship captain. Actually, he can’t tell the stern from the bow, but those are just frilly little details, aren’t they? For now, he’s got bigger problems, namely the green-skinned bounty hunter Ma’Zaz itching to capture him for the reward money. Nate isn’t too keen on that idea, and after a little creative plotting and fiddling, he manages to outwit Ma’Zaz. What he can’t outwit, however, is the massive floating mountain he subsequently crashes into, and before he knows it, Nate wakes up in the frozen Northlands, hanging from the ceiling with a “yeti” getting ready to turn him into stew. Fan-tastic.

Right about this time, the cutest and coolest creature from the original The Book of Unwritten Tales returns: Critter! Critter is a strange-looking fuzzy member of the Critter clan who live a quiet life in the snow alongside grumpy penguins and their newest neighbor, a nutty animal rights activist named Petri. Critter’s got his own problems to deal with, but he just so happens to wander in to meet Nate, so you can guess their fates will soon be intertwined. After controlling Nate and Critter separately in the first few chapters, you’ll be able to switch freely between them for the remainder of the game, exploring scenes from two very different (but equally comical) perspectives.

Expect a pretty standard adventure game set-up with The Book of Unwritten Tales: The Critter Chronicles, utilizing a point and click interface to examine, interact with, or pick up items on the screen. Conversations are handled in a similar manner and usually involve a few menu choices to add a little pizzazz. You can also show points of interest by holding down the spacebar, making pixel hunting a thing of the past. Many puzzles are centered around gathering items and maybe even combining them in your inventory. The rest, though, will showcase the game’s creative approach to puzzle design, such as the mind-warping M.C. Escher section.

The Critter Chronicles is absolutely packed with parodies both obvious and subtle. Expect to come across Star Wars references along with jabs at Portal, Harry Potter, hidden object games, and video games in general. Also be ready for some fourth wall shattering, which somehow feels right at home in this wacky environment. There are dozens of points of interest to examine in each area, but not all of them are directly related to moving the game forward. Seeing what characters do when you check things out is just part of the fun. It’s not a laugh-a-minute experience, nor is it over the top inane. It’s just the right kind of humor to lighten the mood. 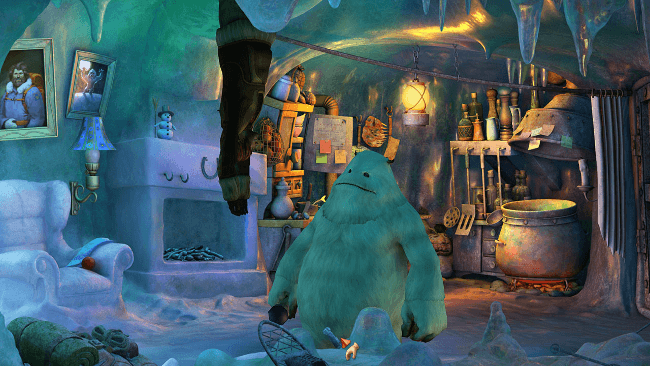 One interesting feature of The Critter Chronicles is its use of two difficulty levels, normal and hard. The former is pretty much what you would expect and will be the route most players choose. In hard mode, though, things are mixed up quite a bit. Not only are some of the interface niceties taken away, you’ll also have to deal with more complex puzzles, changing the way the game plays out in dramatic ways. It’s definitely worth trying the more difficult path if you’re up to the challenge.

The Book of Unwritten Tales: The Critter Chronicles wins big for capitalizing on humor to fuel its situations and storylines. Puzzles are sensible but simultaneously crazy, the graphics are cartoonish but with shades of realism, and the game itself is nothing but fun from beginning to end. You know you’re in for a good time when an interactive option reads “annoy penguin”.