The Book of Unwritten Tales Review 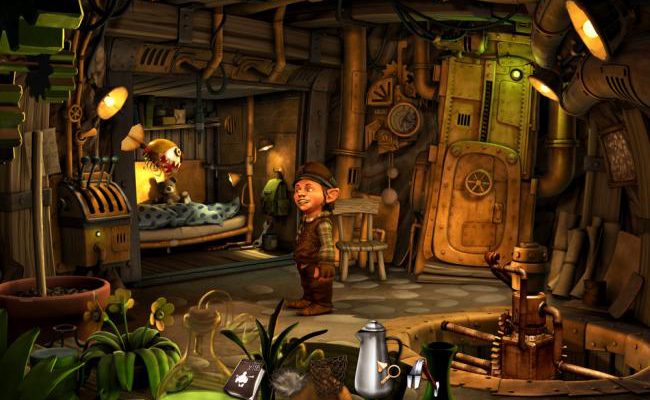 The Book of Unwritten Tales is a gorgeous, meaty adventure that’s not to be missed

You don’t see too many point-and-click adventures that get the full-on, triple-A treatment these days, but The Book of Unwritten Tales is most definitely one of them. It’s an absolutely gorgeous game, filled with oddball characters, laugh-out-loud funny moments and enough old-time adventuring to keep you busy for days. If your heart longs for the glory days of Monkey Island and King’s Quest, you need to play this game.

First things first: I have not yet finished The Book of Unwritten Tales. I bring this up in the spirit of full disclosure, in case it turns out that the game completely falls apart near the end and people start asking why I didn’t notice. It’s because after 12, 13, maybe 15 hours – to be honest, I stopped counting – I simply haven’t reached the big finish and I have no idea how much longer it will take me to get there. Quite awhile, I suspect. King Art Games says it’s good for about 20 hours of gameplay and I believe it. 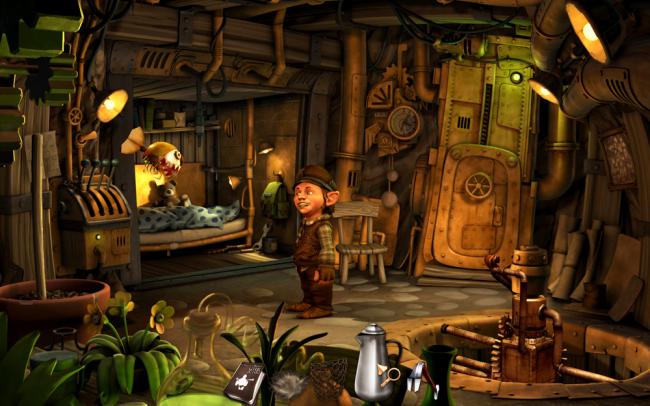 The tale in Book of Unwritten Tales is a fairly simple one, but that doesn’t keep it from being ridiculously convoluted. It begins with a gremlin wizard named McGuffin, who’s discovered the location of an ancient artifact that could finally bring an end to the war between the forces of good and evil. But before he can tell anyone else about it, evil crashes the party and the story quite literally takes flight. The action then shifts to not just one but three playable characters: Ivo, an underdressed elf princess, Wilbur Weathervane, a gnome whose greatest ambition is to become a mage, and Nathaniel “Nate” Bonnett, a human treasure hunter and all-around rogue who’s a bit of a jerk. Bonnett’s companion, a furry, non-speaking and very odd-looking critter named, well, “Critter,” is also briefly playable in the late stages of the game.

It’s hard to overstate how good this game looks. It’s glorious eye candy from start to finish, with lavish, colorful, hand-painted backgrounds, wonderfully exaggerated architecture and characters, and a fantastic level of attention to detail. Even the game’s opening credit sequence is a treat, just about on par with an animated feature film.

Musically The Book of Unwritten Tales is excellent as well, but it’s the voice acting that really stands out. Much of the game’s strength comes from its engaging and likeable characters, and it’s largely the voices that bring them to life. Every line in the game is spoken with dead-on accents – Munkus is strained evil, Wilbur and Ivo have gentle lilts and Bonnett works a serious Bruce Campbell vibe – all delivered with enthusiasm and flair. Despite a couple of very rare hiccups, the translation from the game’s native German to English is just about flawless. 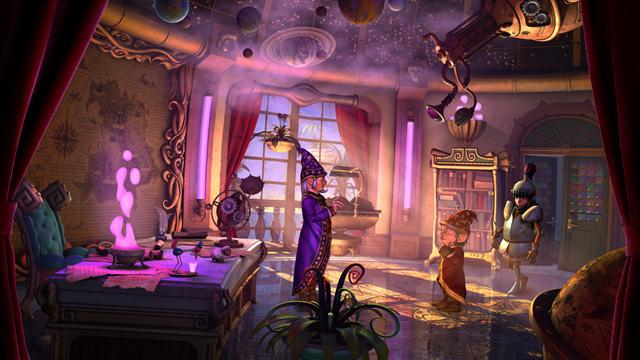 In very Shrek-like fashion, The Book of Unwritten Tales is packed full of pop culture references and of course a few tips of the hat to classic adventures of old. Massively multiplayer online games like World of Warcraft are mercilessly skewered, the fourth wall is broken and at least one supporting character seems painfully aware that he’s stuck in a point-and-click adventure. Perhaps my favorite moment came when the true nature of the ONE Ring was revealed, and yes, there is a ONE Ring that you must deliver to an Arch-Mage – but I guarantee that you won’t expect what happens when it finally reaches its destination.

During some parts of the story you’ll play as one specific character, while at other times you’ll be able to switch freely between two or even three of them. That opens up some interesting gameplay possibilities but it also leads to occasional moments of frustration when the right action doesn’t work because it’s being performed by the wrong character. On the other hand, it’s relatively logical, at least for a game of this genre; there are occasional bits of arbitrary annoyance but compared to some of the more viciously obtuse adventures out there, this one is fairly straightforward.

Also potentially frustrating are the hunts for tiny inventory objects stashed around the richly-illustrated world. Everything is so pretty that nothing really stands out, which means you’ll need a keen eye, a slow mouse-hand and a lot of patience to track down all the various bric-a-brac you’ll need to save the world. There’s just so much going on and each scene is so “busy” that some vital items (and let’s face it, they’re all vital; this is an adventure game, after all) are bound to be overlooked.

But the bottom line is that while The Book of Unwritten Tales isn’t perfect, all I keep thinking about is how great it is. I don’t just recommend that you play it, I’m afraid I really must insist. This is a game that feels like it was lifted straight out of the golden age of adventures, and that, my friends, is not something to be missed.