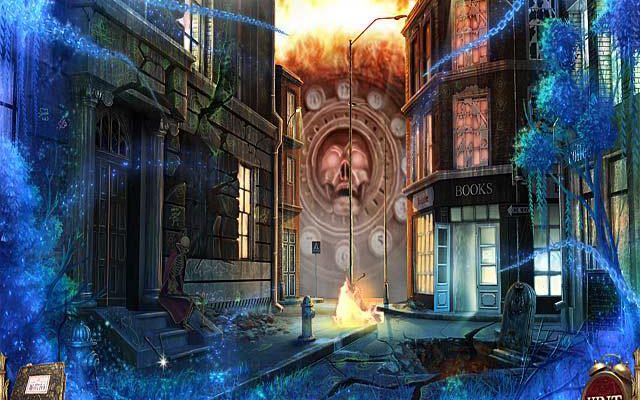 Free your soul from The Book of Desires

The Book of Desires is a typical HOG, though one that puts a massive emphasis on puzzle solving. Instead of simply solving hidden object scenes to progress the plot, you also need to gather up items and use them at the correct times and places as you explore the game’s world. There are also puzzles you are occasionally asked to solve in order to proceed, but these can be skipped. There are two difficulty levels, but the only real difference between them is a shimmer effect for active objects and how quickly the hint timer charges up. 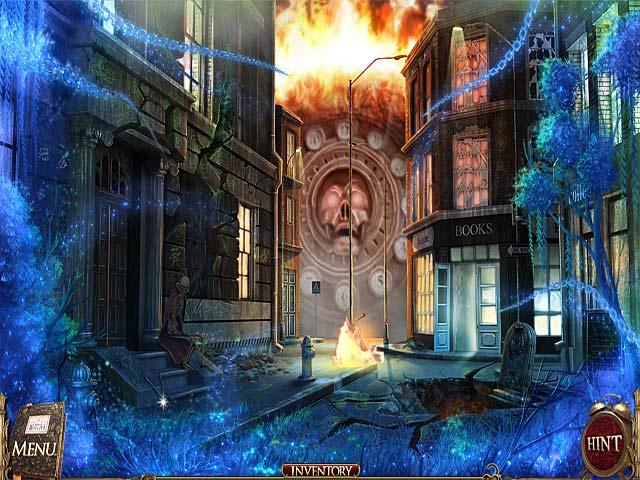 The world of The Book of Desires exists entirely within the dreams of a little girl who got upset when she saw her parents argue. On her way to school the next day, she’s given a magic book by a mysterious bookstore owner who says that whatever she writes in it will come true. Before she goes to bed that night, she writes in the book a wish that her parents never fought. This appears to confound the book, which is possessed by evil magic and doesn’t know what to do with a benevolent wish.

So the game is basically a long quest to extract your soul from the book, by destroying the witch and freeing it from evil influence. This involves gathering objects you need by solving hidden object scenes, which is perfectly sensible, and then using your items to solve puzzles that can border on the arcade. Most puzzles have multiple steps that require you to collect several items and visit many different game locations. Some of them feel goofy and arbitrary, particularly a puzzle where you need to obtain a sword from a merchant’s ghost and use it cut down cacti that are blocking the entrance to a magic room hollowed out of an oak tree. 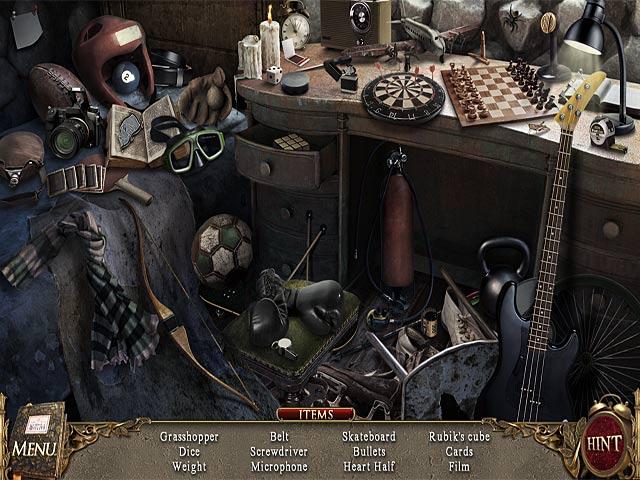 The hint feature makes even the most obtuse puzzles tolerable, and its slow recharge time even on default difficulty encourages you to solve as many puzzles as you can on your own. The environments you visit are interesting, although localization problems keep the game from ever really becoming captivating. As soon as you’re about to really get into it, you hit a bit of laughable grammar or something in a hidden object scene that’s hard to find because the game used a strange or unusual word for it.

You can probably finish The Book of Desires in around six hours, and the game has no real replay value. Getting to the end isn’t especially satisfying, since the game decides to end on a rather cliched cliffhanger. Still, the journey itself is fairly enjoyable. While there aren’t tons of hidden object scenes, the ones that are there are well-done. A few of the puzzles are fairly clever instead of just strange, and all told, The Book of Desires makes for an enjoyable diversion if you’re into hidden object games.