The Beast of Lycan Isle Review 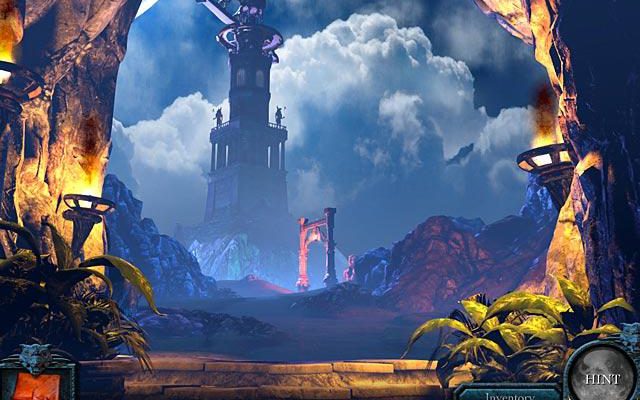 Get ready for one beast of a Hidden Object game

In The Beast of Lycan Isle, you play as a young woman named Luna, who finds herself caught in a desperate race against the waxing moon. You’ll need to rescue your friend from a harrowing plot of werewolves, powerful amulets, and an eerie old lady who hangs from the ceiling in a rusty contraption. From its dark story, to its puzzle-infused hidden object gameplay, this one will make you howl at the moon in excitement!

The game boasts a small cast of creepy characters, who are all excellently voiced and brought to life with stunning 3D models and fluid animations. The dark, spooky atmosphere is made complete with the game’s haunting ambient soundtrack and serene visuals that really transport gamers to another world as they play. The settings themselves are immaculate: with its colorful crystals and cascading waterfalls, the Lake Banshee level is easily one of the most beautiful and mesmerizing locations I’ve ever seen in a hidden object game. 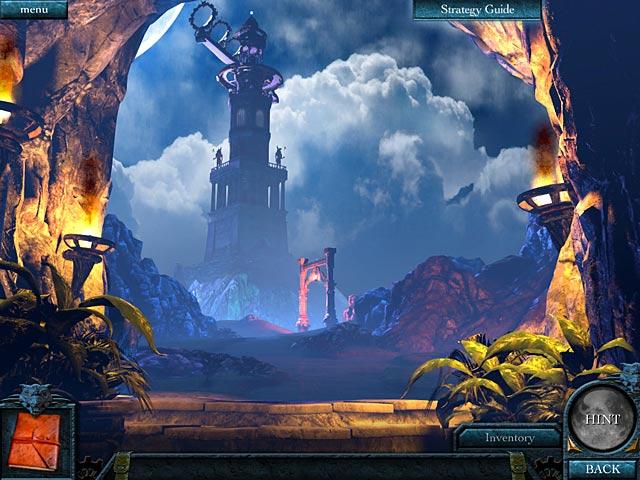 But the greatest strength of The Beast of Lycan Isle lies within its hidden object gameplay. Each hidden object scene includes multi-tiered objectives that blend puzzle solving aspects right into the traditional gameplay mechanics of a hidden object game. For instance, in one early level, you’ll have to find the missing continents from a globe that are scattered around the room. Once you find them all, you’ll need to put them back in their correct positions on the spinning world map to open up the globe and reveal its hidden contents. Every instance of this is completely unique, and there are just enough of them spread throughout the game to always keep you hungry for more.

The game goes by fast, and most players will be able to complete it in a single sitting: mostly because they won’t be able to stop. Usually a short length isn’t ideal for hidden object adventures, but The Beast of Lycan Isle offers a compact bundle of thrills that makes the experience more of a short and sweet rush than something that’s over too soon. There is a constant sense of urgency to the game as you race through Lycan Isle to stop the evil cultists and their ritual before it’s too late. Players will actually find themselves speeding through the game: breathlessly solving puzzles, frantically clicking through locations, and always moving one step closer to saving their friend. Oh, and did I mention the giant werewolf that’s hot on your trail for most of that time?

The Beast of Lycan Isle incorporates a few small touches that work wonders towards giving the game a great personality and a more polished feel. For instance, at a few points in her journey, Luna’s glasses will be knocked off her face, and you’ll have to search through a blurry scene to find the specs before you can properly see again. In addition, items that can be used in your current location will be highlighted in blue, which saves you a lot of time from needlessly clicking on item combinations that simply won’t work. As an added incentive, the Collector’s Edition offers a bonus chapter that’s unlocked once you beat the main game. This additional leg of your journey is a true test for the hardcore hidden object gamer, sending you on a scavenger hunt across the entire island and throwing difficult puzzles at you every way you turn with limited hints and instruction. Completing the bonus chapter will net you some pretty nice rewards and special features too, if you’re brave enough to take on the task. 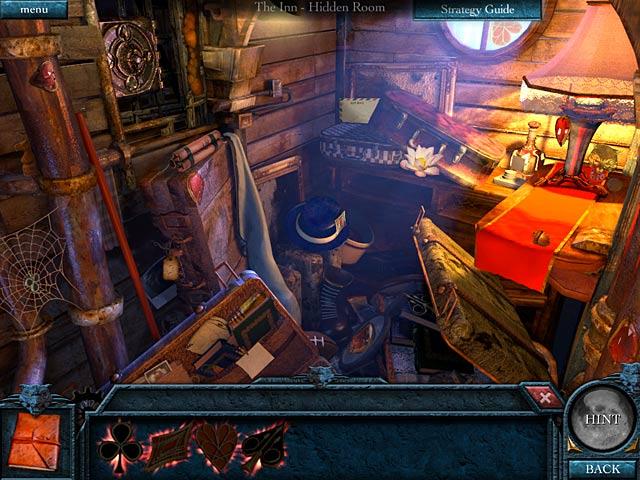 Despite everything the game gets right, there are still a few minor design flaws that kept me from giving The Beast of Lycan Isle a full five-star review. My biggest complaint with this game is the lack of a fast-travel system between locations, which renders your island map all but useless. Players will feel this absence the most when they’re forced to travel back and forth between The Inn and The Odd House during the beginning stages of the game. However, the further you progress, the more linear the game becomes, and so this gets to be less of a problem for later levels. Another issue stems from the journal that Luna keeps to write down clues she finds on her quest, which you’ll need to use a few times to cipher certain puzzles. The problem here is that sometimes the right clues you need are a few pages back in your journal, and you’ll have to keep opening it and flipping through the pages several times for each puzzle.

But in the end, The Beast of Lycan Isle offers a short burst of thrills, and proves to be a fun and exciting adventure from beginning to end. Everything about it, from the gorgeous illustrations, to the lore of the mysterious game world, to the highly inventive hidden object gameplay will leave you breathless by the final cinematic, and most certainly howling for more!