An amazing collection for the price. Some great games in here. The bonus content is so good that they should make this the first video game entry in the Criterion Collection.

Because it's Edmund's earlier work, some games lack the polish you might be expecting if you only know him from his biggest hits.

Edmund McMillen reminisces about his early days, and he’s bringing you along for the ride

If you travel in indie gaming circles, there’s a pretty good chance you’ve heard the name Edmund McMillen.  He’s the man behind such hits as Super Meat Boy and The Binding of Isaac.  But have you ever wondered what he did before these modern marvels of fun?  Well he made more games, of course!

The Basement Collection is a compendium of Edmund’s earliest work, containing some of his most notable releases from his previous days as a Flash developer.  You’ll get to revisit games like the original Meat Boy (sans “super” moniker), the brain-bending platform puzzler Time FCUK, and more.  While not everything in the package stands up to quality he’s become known for with his two biggest releases – this is a showcase of his earlier works after all – there’s more than enough fun packed into this package to warrant the tiny price that’s being asked for it. 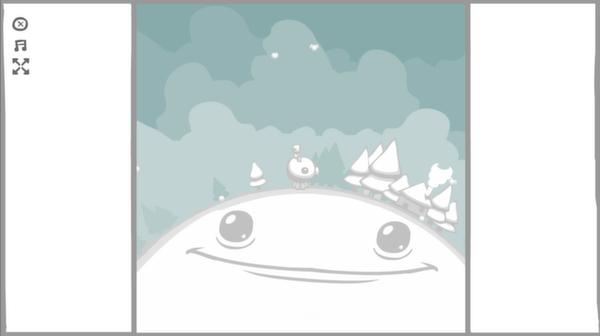 Initially you’ll have access to 7 games; the two mentioned above, as well as Aether, Spewer, Triachnid, Coil, and Grey Matter.  After completing certain games, you’ll unlock others as bonus material – and therein lies the very heart of The Basement Collection.  As you complete games you’ll unlock all sorts of bonus materials, from games to sketchbooks and more.  Likewise, when you first launch The Collection you’ll have access to plenty of cool extras too.  Audio Q&A’s and interviews, soundtracks – there’s even unused footage from Indie Game: The Movie (which Edmund featured prominently in).  For fans of Edmund’s work, it’s a veritable cornucopia of awesome.

The trade off, though, is again – this is his early work.  If you treat The Basement Collection as an epic historical document, you’ll walk away more than happy with your purchase.  If you’re diving into this expecting a treasure trove of games that are just as polished and amazing and Super Meat Boy… well, you’re probably going to have some mixed feelings.

Don’t get me wrong; some of the games in here are great.  Time FCUK is one of the best puzzle platformers you’ll ever get your hands on.  It sets a strangely unsettling tone like no other game you’ve played, and matches it with some noodle-scratching puzzles that will make you feel like a world champion every time you solve them.  Even better, (SPOLIER WARNING) beating the game unlocks a second, never before seen chapter.  More Time FCUK equals more gooder. 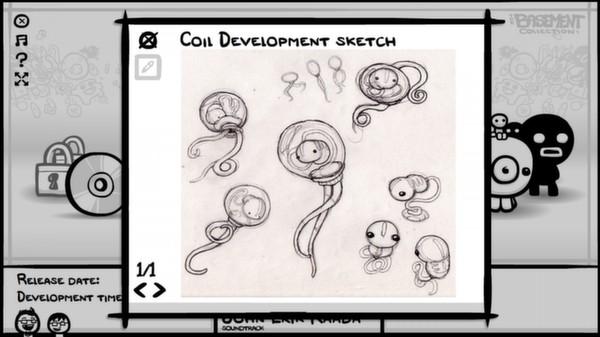 The other real stand out gem in The Basement Collection, at least in my opinion, is Grey Matter.  The first collaboration between Edmund and fellow Team Meat do-gooder Tommy Refenes, Grey Matter sticks players in a top-down arena where they’ll control a floating dot.  That dot needs to dodge flashing enemy hellfire that comes in all shapes and sizes, and can only defeat the opposition by zipping through their bodies while avoiding and flashing dangly bits.  Luckily, that dot has two cool tricks up its sleeve.

Firstly, by destroying three of the same enemy type in a row they can create a sort of “triangle of death,” where everything residing inside the triangle gets destroyed.  Secondly, players can spend their points on upgrades to make their dot faster and more resilient than before.  It’s cool, addictive, crazy arcade fun. Even on its own, Grey Matter would be worth the cost of the entire collection. 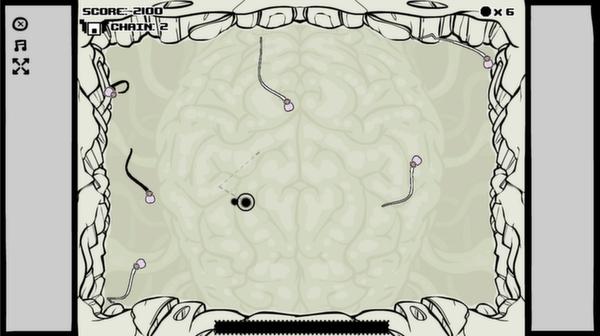 Everyone will own have their own favorites, but in my experience, this package really shines brightest with these two games.  Most of the other games have merit, while others simply weren’t my cup of tea.  That said, picking favorites and discussing what you liked/didn’t like with friends is part of the appeal when it comes to a bundle of games like this.

So long as you go into The Basement Collection knowing what to expect – not a collection of amazing games from a brilliant designer, but a celebration of that designer’s roots – you’re going to be more than happy with what you get for the budget price.  Edmund McMillen is one of the most noteworthy names in game development today – as a gamer, you owe it to yourself to see where it all began.