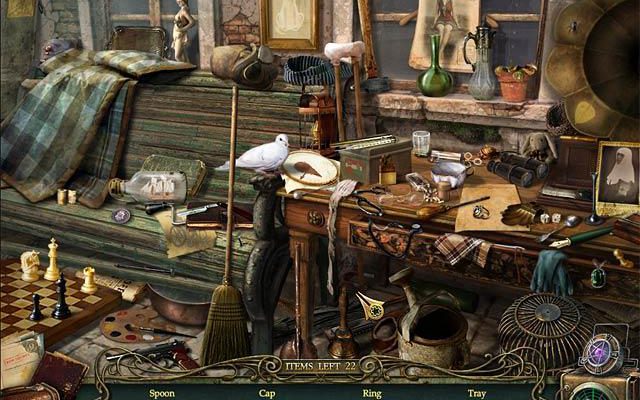 The Agency of Anomalies: Mystic Hospital is far from just another HOG cliche.

I know what you’re thinking, another game set in an abandoned hospital that is being haunted by paranormal beings, but you just might want to give Agency of Anomalies: Mystic Hospital a try. The plot is more like something out of the X-Files than the now clichéd haunted hospital plotline of many other games.

You play a paranormal investigator who has been called by Dr. Oliver Orvos to stop a dimensional vortex from opening and to save mankind from a catastrophe. When the game opens you learn that ten years prior, Dr. Odin Dagon, was performing experiments in an attempt to create the ultimate “super soldier” by injecting paranormal serum into human volunteers. Needless to say these experiments did not end well. The subjects were overcome by the paranormal energy and morphed into monsters, including and invisible man and a werewolf. These failures did not deter Dr. Dagon, and during his final experiment the hospital explodes, killing many of the people there. 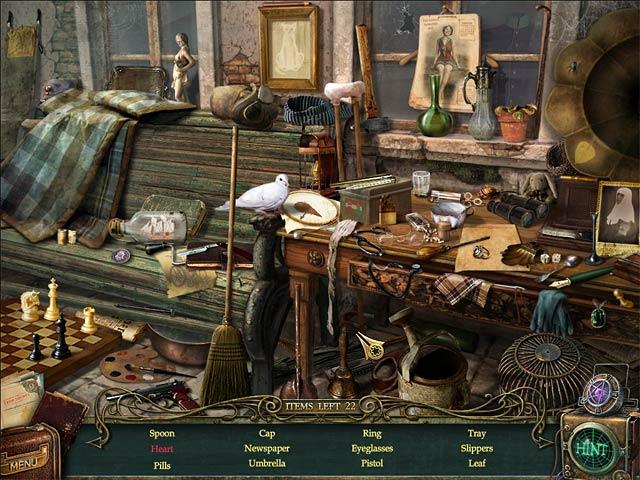 Dr. Orvos escaped with a Nexus that holds paranormal energy. When the Nexus restarts he knows that it is only a matter of time before the dimensional vortex opens. It is up to you to use the Nexus to collect the paranormal energy from the monsters at the hospital and stop the vortex from opening.

Agency of Anomalies: Mystic Hospital is a wonderful blend of hidden object scenes and puzzles. The hidden object scenes are larger than normal, with up to 24 objects to find. You are given 12 items to find initially and as you find them the next item is added to the list. Once you have found all the items you will need to find a final item that will be added to your inventory.

There are also scenes where you will be placing items where they fit in the scene, after which, you will also receive an inventory item. Along the way you will also be solving numerous puzzles that range in difficulty. If you become stuck you have the option to skip puzzles once the skip button fully charges. You will have 30 minutes added to your game time if you choose to skip a puzzle.

Agency of Anomalies also features achievements that you can earn throughout the game. Some of these achievements include not using any hints in a hidden object scene, completing puzzles, and finishing the game. You will uncover more as you move through the game. Also, be on the lookout for postcards lying around. There are twenty in all. I managed to find all but one. 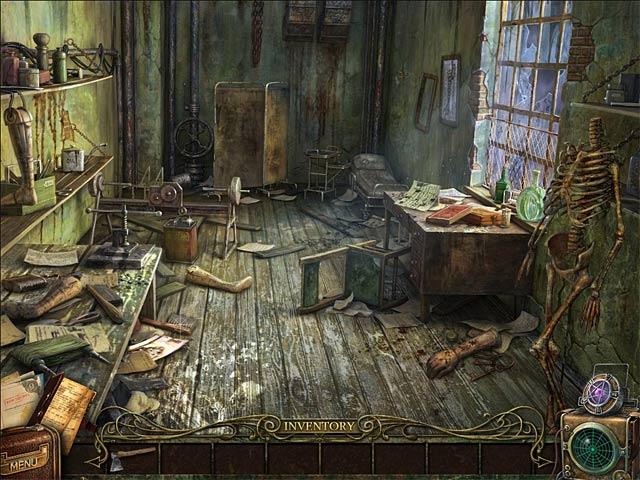 The graphics well done and create the atmosphere of a post-war hospital. You will be visiting numerous locations throughout the game and just when you think you’ve been everywhere, a new area is opened up to you. A nice feature of the game is that you can click on areas that aren’t sparkling and get descriptions of the area. This makes the game a little more immersive and is a nice touch.

The music in Agency of Anomalies is fitting to the setting and the background sounds create an eerie atmosphere. You are alone in the hospital, with the exception of the paranormal beings wandering around, and the sounds definitely keep you on edge at times.

The Collector Edition of Agency of Anomalies: Mystic Hospital features one of the longest bonus games I’ve run across. It can easily last over two hours and takes place in a new location. There are quite a few hidden object scenes (more, it seemed, than in the actual game) as well as several new puzzles. After you complete the bonus game you will be given a hint to the possibility of a sequel. The other extras in the game allow you to replay the mini-games, access the strategy guide and see all your achievements.

I would definitely recommend Agency of Anomalies: Mystic Hospital to anyone looking for a spooky game that will take up the better portion of an afternoon.