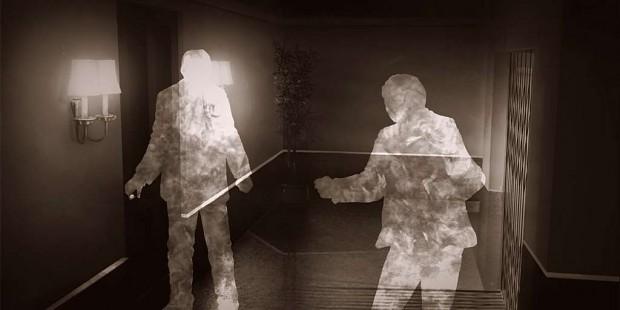 Hopefully we’ll see more works of English literature done in the style of The 39 Steps.

Even though technology is evolving at a pace that might impress a super-virus, humanity’s fondness for settling down with a good story hasn’t dissipated. What has changed is the way we consume those stories: While many of us are content to feel rough pages turn under our fingers, the popularity of eBooks and digital readers has blossomed over the past five years.

Our digital absorption of books is changing, too, and The Story Mechanics has introduced their own ideas into the fray: Classic novels that come alive with moving pictures, brief animated segments, voiced cutscenes, and even a puzzle or two. Some purists may shirk at the studio’s adaptation of The 39 Steps, but there’s a lot to like about the concept alone.

The 39 Steps, available for PC, Mac, and Linux, is a visually-oriented retelling of John Buchan’s 1915 mystery/thriller novel. The story and text are intact: Shortly before the outbreak of the First World War, former army officer Richard Hannay settles in London and finds himself restless and bored.

His state of mind literally changes overnight when a neighbor, Franklin Scudder, shelters in his flat and reveals that he’s stumbled on a German plot to assassinate the Greek Premier and steal Britain’s plans for the outbreak of the Great War. When Scudder is murdered a few days later, Hannay sensibly figures he’s next. He makes a run for the countryside, dodging various attempts on his life while trying to figure out the cipher that Scudder utilized to encrypt his notes about the German plot.

The Story Mechanics’ version of The 39 Steps combines text and visuals to make Buchan’s story come alive. You move from scene to scene, each one richly illustrated. Sound effects echo, including footsteps, heavy breathing, trains rattling, and doors opening and closing. There are occasional animated bits that play out plot points. Some interludes feature high-quality voice acting that is respectful of Buchan’s characters.

One notable point about the novel’s graphics is that its human characters are represented by silhouettes. You never get a clear look at Hannay’s face, or Scudder’s, which should be welcome news for anyone who dislikes book-to-movie adaptations because they spoil the reader’s vision of the book’s characters. 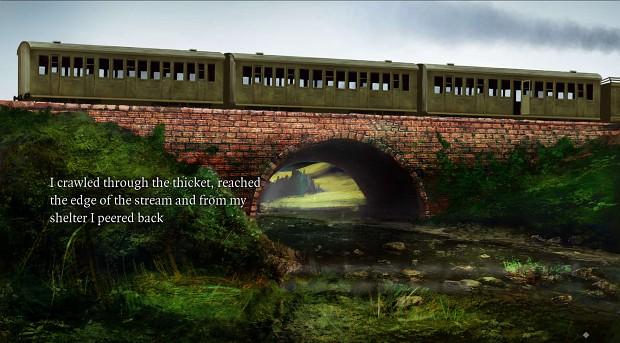 There are a couple of small faults with The 39 Steps, however. The page-turning mechanism, which requires you to turn the mouse clockwise to go forward and counter-clockwise to go backward, is fiddly at best. Luckily, you can simply click to go through pages like you would with any interactive novel.

More noteworthy are the game’s weak puzzles. Once in a while you’re asked to draw lines with your mouse in order to open a door, or thumb through Scudder’s notebook. These puzzles  pull you out of the story rather than immerse you in it, and are an annoying distraction.

But as a whole, The 39 Steps is a wonderful adaptation that pays the highest respects to its source material. It would be great to see a few more classics re-skinned in the same manner. Hands up if you want to actually visit Animal Farm, or walk through the grey slums of Oceania with Winston Smith.