Home / Reviews / Tetris Battle Drop Review: Get Used To It

Tetris Battle Drop Review: Get Used To It 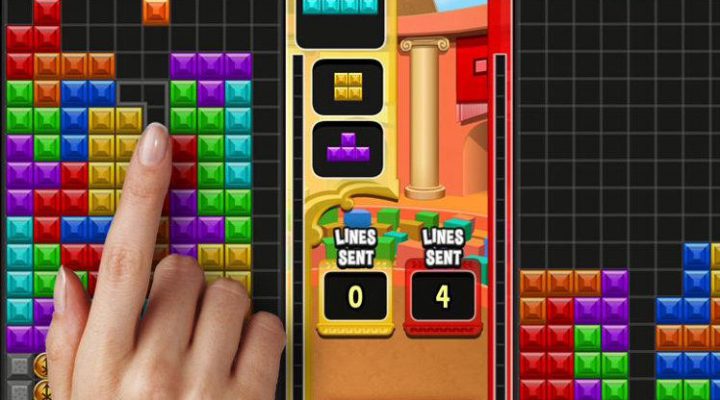 A neat twist on the Tetris formula.

Controls often let you down.

To begin with, Tetris Battle Drop is going to annoy you. Mainly because it doesn’t explain its controls very well, and you’ll spend a good chunk of time dropping tetrominoes in the wrong places and cursing under your breath. But then you’ll start to figure it out, and that joyous feeling of clearing lines will come to the forefront, where it’s supposed to be. Add in the fact that you’re playing with other people, and everything starts to shine a little brighter.

It might not have the simple compulsion of the original, but Tetris Battle Drop still has enough going for it that you’ll want to keep diving in. And the short play time is pretty much perfect for a tablet game, too. 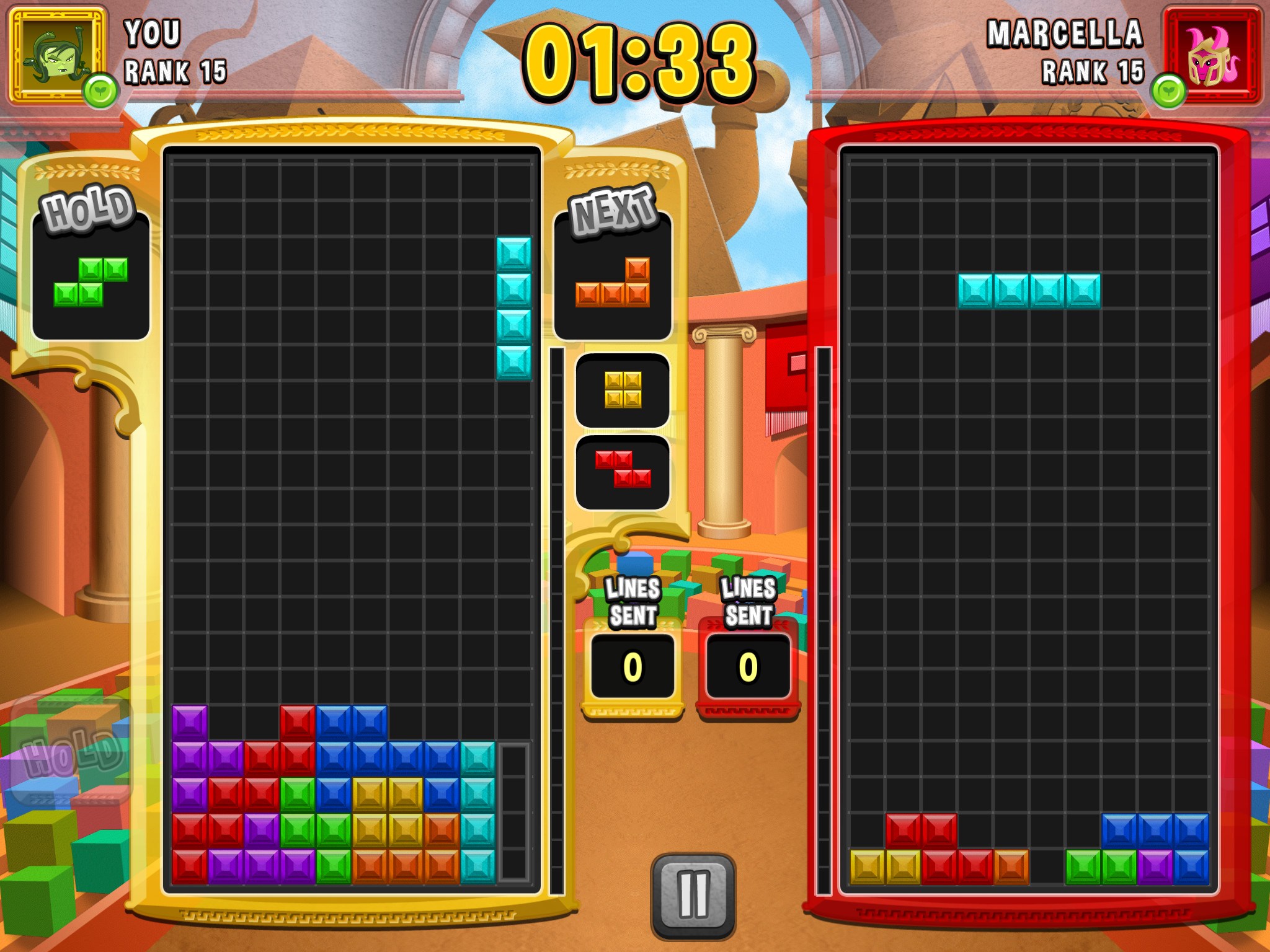 There’s a smidge of Puzzle Fighter here. You’re playing against an opponent whose board is on the other side of the screen. When you clear a couple of lines, a grey wall of bricks raises from the bottom of their game. The aim is to either force them over the top of the screen, or throw the most lines at them in the two minute time frame. Clearing a single line doesn’t get you anywhere unless you do a lot of them in succession, so you need to play smart.

A hold function essentially lets you pocket a shape to drop back in when you need it. You’ll find yourself saving the most useful shapes so you can whip them out when you’re in a perfect position to smash four lines across to your foe. 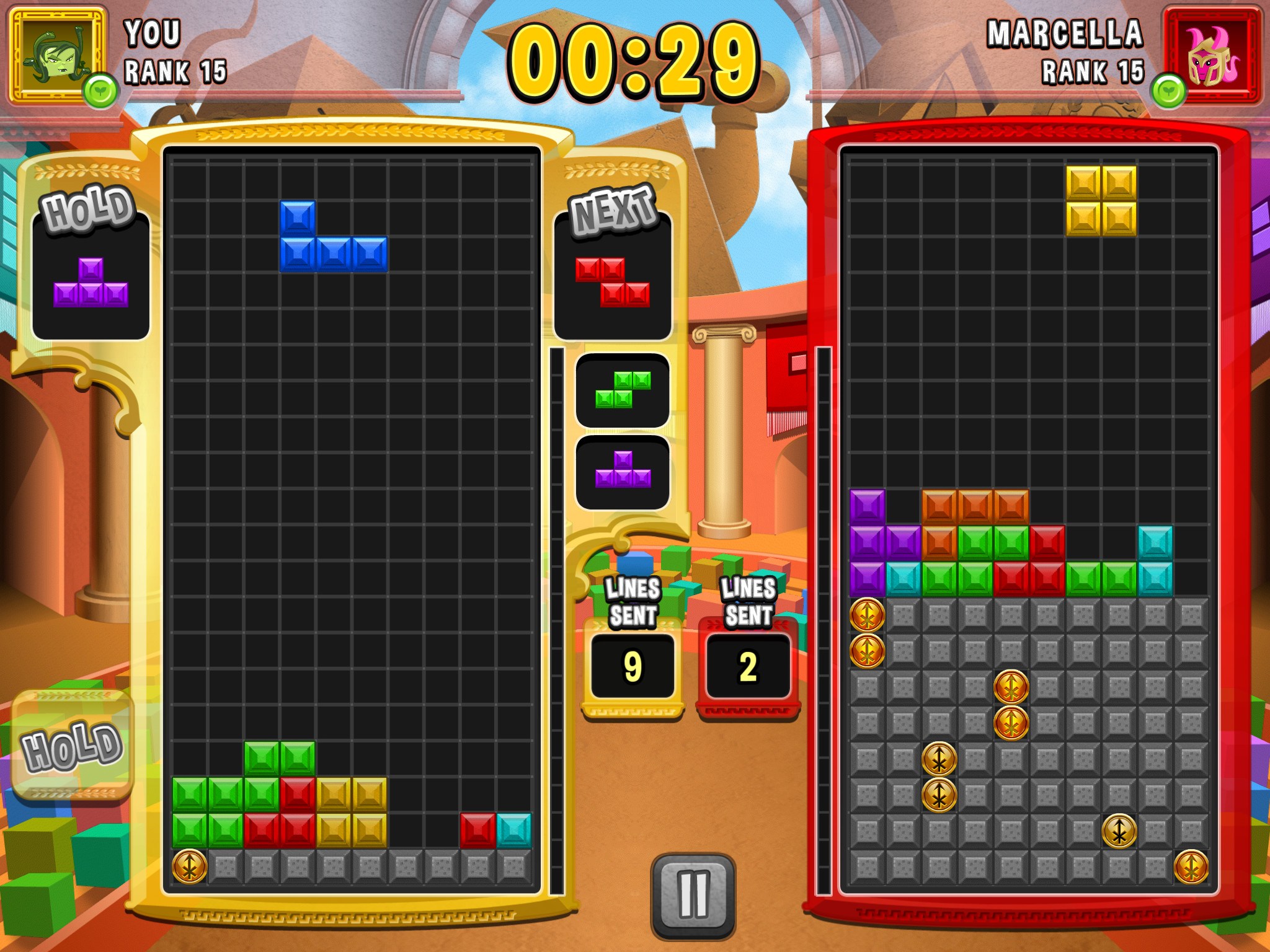 The pace is surprisingly quick, often raising to frantic towards the end of a game when you’re trying to force your plans towards fruition. Dropping a tetromino on a special square in the grey blocks will clear a line, but it’s almost not worth focusing on that.

Problems start to seep in with the controls though. Sometimes they mess up, and you drop a block in the wrong place and it destroys all of your hard work. It’s not ideal, and it’s down to the swipey nature of the touchscreen. You drag a finger around, and as you do the block that’s falling moves. It also twists though, and tries to find the best place to land. It feels a little cumbersome, and while you can tap a space to drop the block straight away, sometimes it doesn’t work.

You can change the system, but it’s not much better, and sometimes the game will just switch back to the so-called “smart controls” when you’re in the middle of a match. It’s not the end of the world, but it does add frustration to what should be a breezy arcade experience. 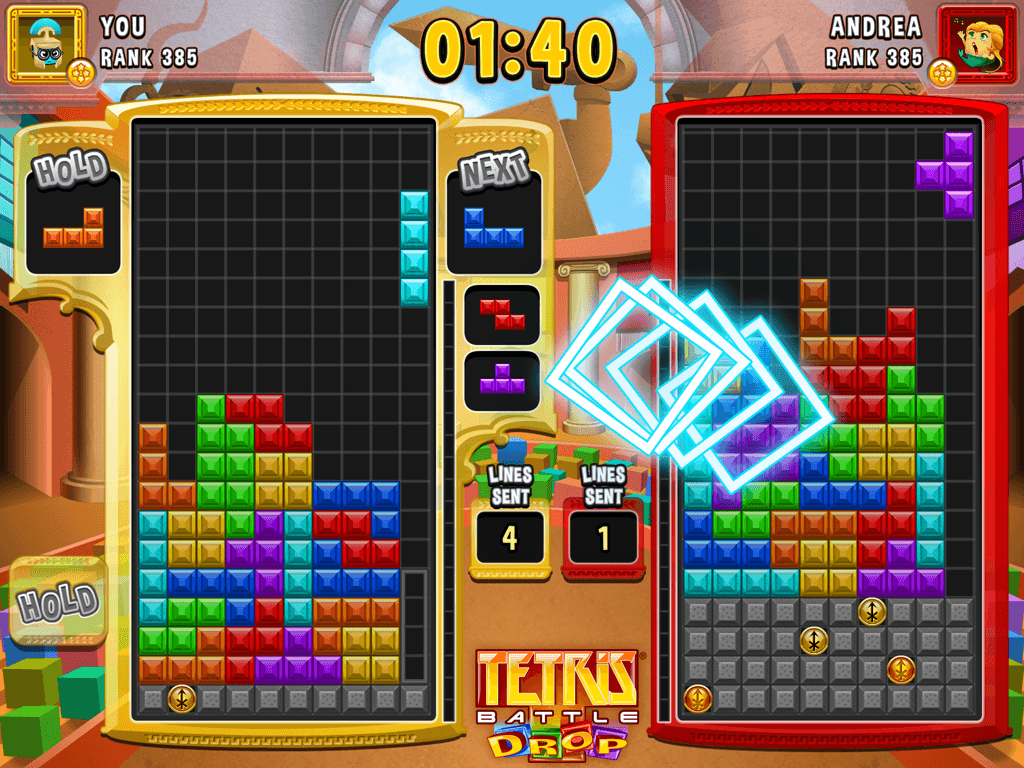 Don’t get me wrong, there’s fun to be had here. During the course of writing this review I’ve been dipping back into the game — not for any critical reasons, but because it’s open on my lap and I’m enjoying it. Just bear in mind that sometimes things are going to go wrong, and you’re going to want to toss your iPad across the room in a fit of rage.

Or you might just sigh, I don’t know how you play games.

This isn’t Tetris at its finest, but it is an interesting twist on the formula. You’ll have seen everything that it has to offer before, but there’s a level of polish here that means it’s difficult not to get swept away in the block dropping beat. Don’t get too mad when it slips up and you’ll have a decent time.