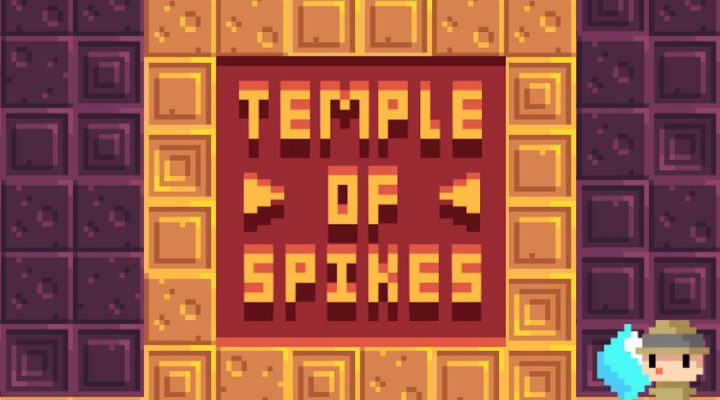 Easy to learn and control

Not very interesting to play truth be told

I have a pretty solid track record of enjoying games that involve temples and spikes. Especially ones that have a retro-inspired pixel art style. So of course I jumped in to Temple of Spikes all bright eyed and excited. But then I played it.

Temple of Spikes is meant to be played in bite-sized sessions, each contained to one screen levels. Each gives you the simple goal of surviving until the door appears, with the added side-goal of collecting up to three stars along the way (if you feel like it). Survival is no mean feat, of course, because the blocks in each level have a serious love of trying to crush you or get you impaled on sharp pointy things. 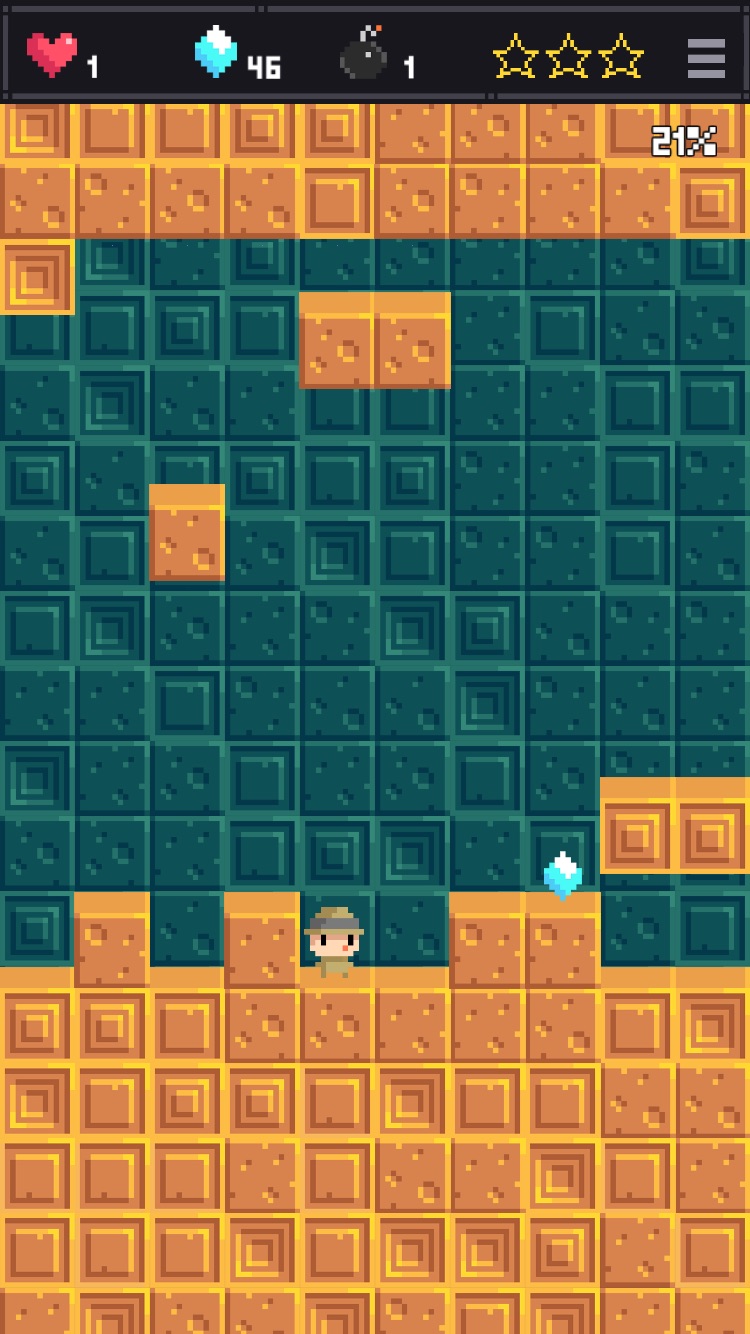 Getting around is the easy part. Tapping and holding the left or right side of the screen will move in the corresponding direction, while tapping on the screen will use a bomb that will destroy any blocks within a small area. Other than that, it’s up to you to know how best to run all over the place and avoid getting squished. Your little adventurer person will automatically jump up single block heights and is sturdy enough to survive big falls – but getting mashed like a potato at an angry holiday dinner? Not so much.

Temple of Spikes is super easy to play in a general sense, although levels do get super tough fairly quickly. This isn’t a huge problem as you’re given quite a few of the “keys” that are required to play right from the start, and you can collect more by picking them up in-game or by watching advertisements. Of course the tougher things get, the more keys you have to use, and the more keys you have to use the more likely you are to run out. Still, while the challenge does indeed ramp up quickly, it’s not what I’d consider insurmountable. 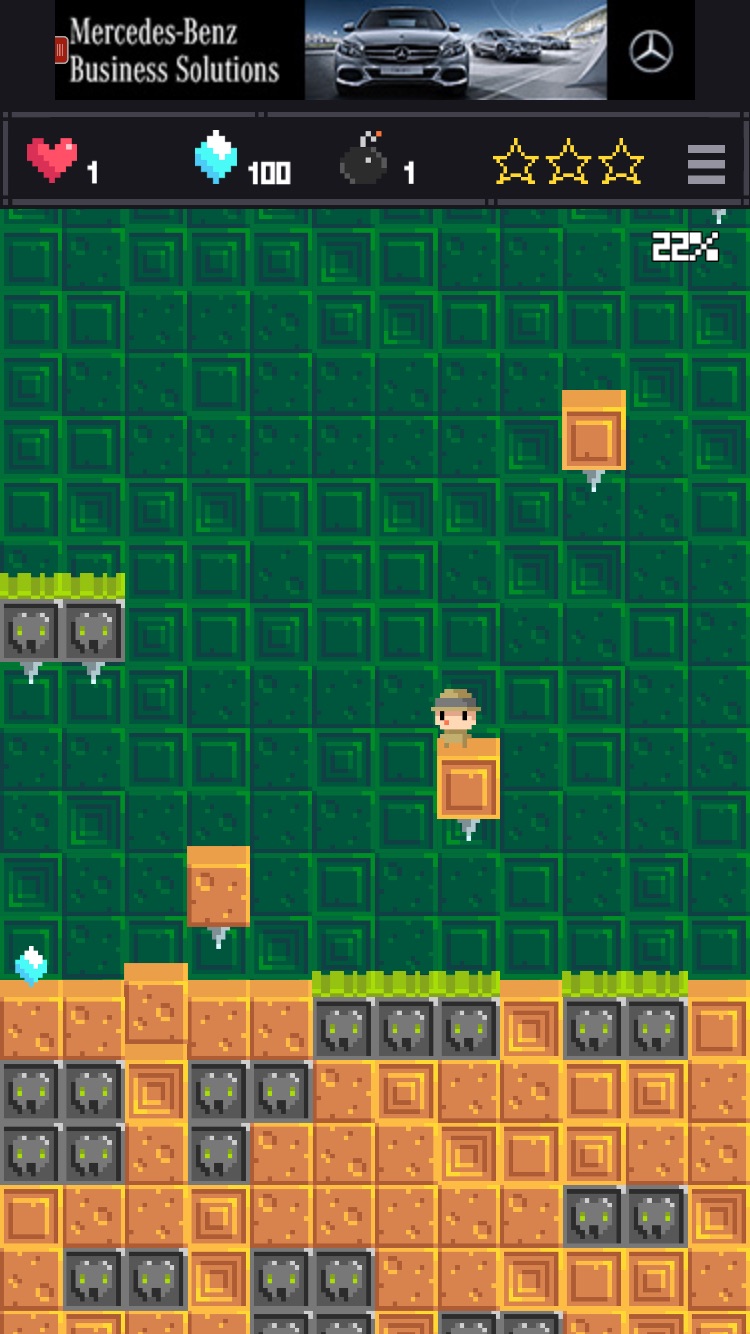 A much bigger problem for me was simply maintaining my own interest. The pixel art looks fine, cute even, and the controls are responsive enough that I was blaming myself for each death. However the core gameplay, simply running back and forth as blocks float up to the ceiling or fall down from it, ends up being pretty dull. Sure the game is challenging, especially if you want to get three stars on each level, but it’s just not very fun. I don’t begrudge the simple controls or mechanics, but the reason other games can do simple and not bore me is because they find ways to turn that simplicity on its head, usually by offering up scenarios that require applying those basic core actions in new and interesting ways. Here it’s just “run right/left, drop a bomb, don’t get flattened.”

I really wanted to enjoy Temple of Spikes. I was looking forward to a fun distraction, but that’s not what I found. I wouldn’t go as far as to say it’s to be avoided, but there just isn’t enough of a hook here to keep you entertained.

12 New Mobile Games You Need to Be Playing This Week