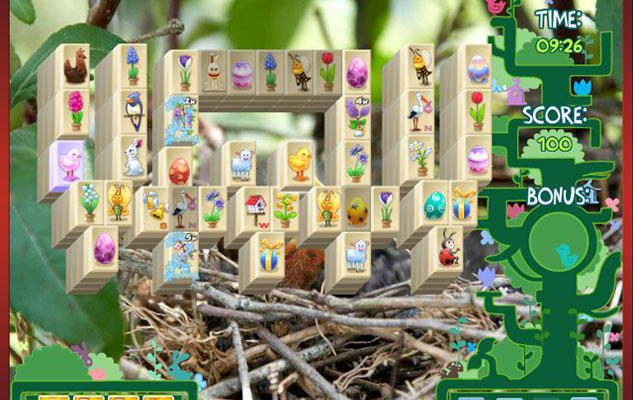 Temple of Mahjong is a competent, but unremarkable, social mahjong game

Temple of Mahjong is a fairly standard little mahjong game for Facebook that uses collecting and unlockables to help encourage users to replay frequently. You begin with only four tilesets and three layouts to play with, but you unlock either a new tile or a new layout (sometimes both) every time you complete a session. Where most mahjong games focus on clearing a board, Temple of Mahjong is built around trying to get a high score before your allotted time runs out. Certain tiles grant bonuses when matched, so you can rack up extra-high scores by making tile matches rapidly during the bonus period.

You can technically play Temple of Mahjong in two different modes, basic singleplayer and league multiplayer. In league mode you compete against up to five other people to see who can get the highest score with a particular tileset and layout. Whoever takes first place gets additional rewards on top of the standard reward everyone gets for completing a session. In practice, the only difference in feel between playing league and solo is the leaderboard you see at the end of your session. You can’t talk to other players or even know who you’re playing against in league mode. It’s not very satisfying. 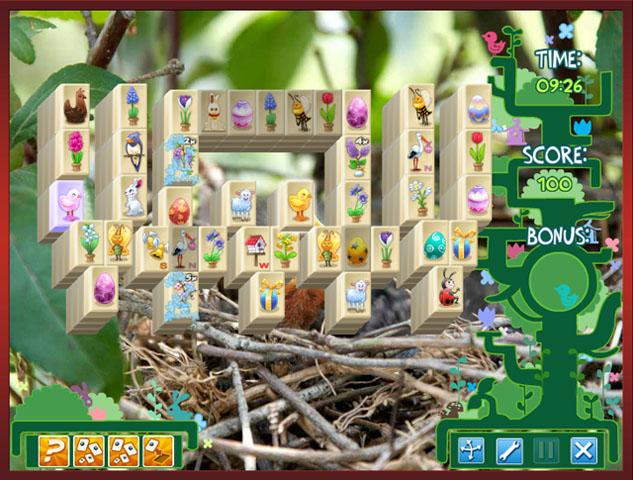 There’s a lot of content to be unlocked with Temple of Mahjong. There’s 10 tilesets you can unlock by collecting or purchasing tile packs and new layouts were still unlocking toward the end of the game’s review period. It’s certainly more rewarding to play than just plugging away at a typical freeware mahjong game. There are some downsides to the game, though. While the visuals for Temple of Mahjong are rather simple, the game inexplicably suffers from long load times whenever you boot up a new game session.

Temple of Mahjong tries to offset the long waits by booting up an embedded promotional YouTube video while you wait for the level to load. Even at that, you don’t begin the timed levels immediately. You (reasonably) have to hit a confirmation button before play begins. In practice, this just comes off as Temple of Mahjong wanting more excuses to make you sit through its 30-second video. It’s the same video that boots up every time, too, so dealing with the video becomes progressively more irritating over the course of a long session. 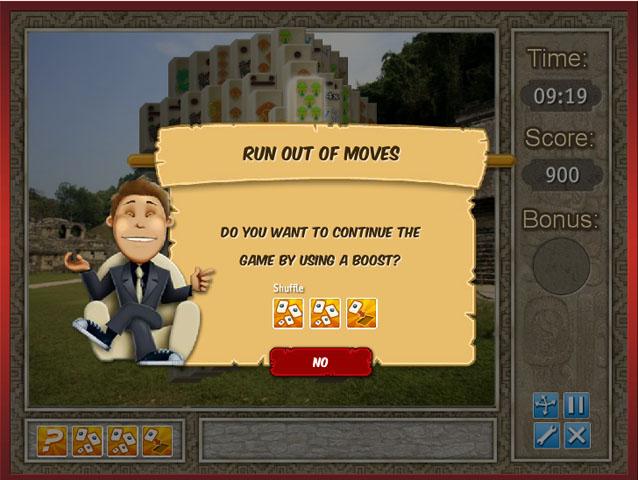 As Facebook mahjong goes, Temple of Mahjong is ultimately nothing special. It’s perfectly competent if you’re in the mood for mahjong and can put up with the loading shenanigans, but the game doesn’t really do anything to make mahjong feel particularly engaging. Collecting and unlocking things in video games has a certain timeless appeal, but that’s an approach that most Facebook mahjong games take. If you’re already playing another social mahjong game, there’s probably nothing about Temple of Mahjong that might incline you to switch.