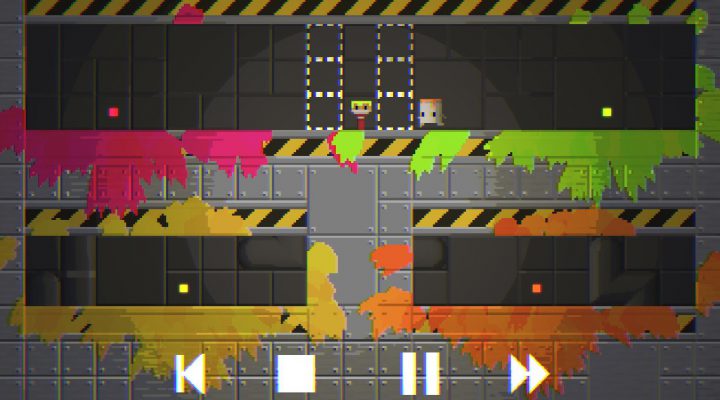 Fun and unique gameplay sets it apart from the pack.

Graphics are nice and colorful without being kitsch.

Soundtrack lacks variety and can get annoying at times.

The iOS App Store is filled with uninspired puzzlers, so when a game like Telepaint comes out, it’s a real treat. There’s not a ton of exposition here, just really well-constructed puzzle mechanics that bring something new to the table.

You take the role of a paint bucket and engage in an eternal quest to be reunited with your paintbrush friend. To rescue your friend from semi-perilous situations, you’ll use several puzzle mechanics. The first one is simply connecting square portals to one another to transport yourself throughout the level. Once you start moving, you’re in motion until the level is complete, so you’ll have to be quick with timing to make sure you’re facing the right way when you exit the portal, and later in the game to make sure you don’t fall into spikes. 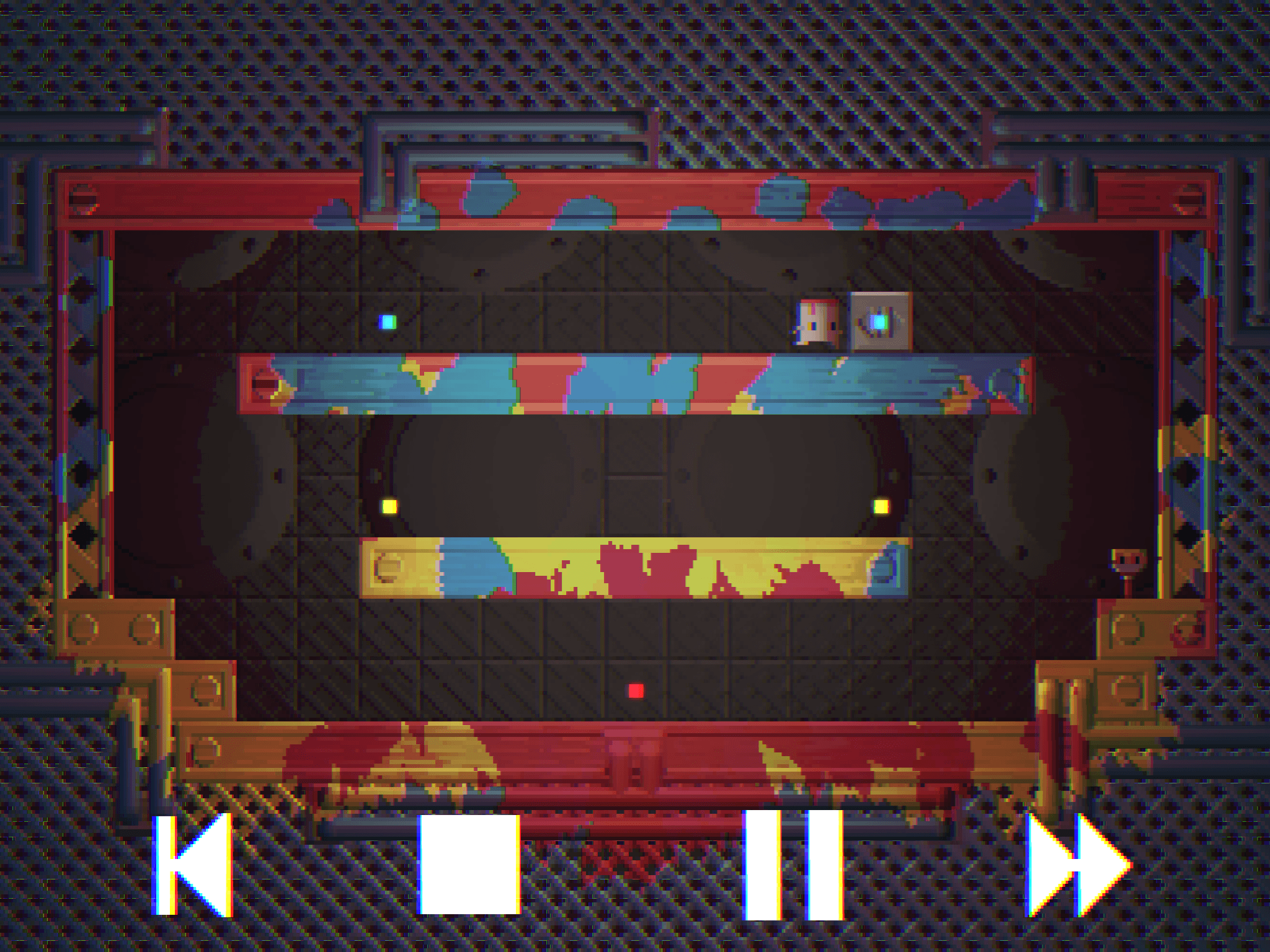 As you go through more and more puzzles in Telepaint, you’ll be introduced to more mechanics. There are blocks that you’ll have to push and warp to different areas of levels, keys that unlock color-coded locks, switches that make blocks appear and disappear, and more. Telepaint never feels like it’s throwing too much at you though. Each concept is introduced very simply and as levels continue, the game expands on it. With over 100 levels over 6 different worlds, there’s plenty of puzzles to solve, and by the end of the game they’re quite complicated, and you’ll have to use the culmination of all you learned to solve them.

The controls, the most important thing when it comes to a puzzler, are very smooth. Telepaint’s puzzle elements are far enough apart that even on smaller screen devices like the iPhone 4 it’s easily controlled. You won’t have to worry about accidentally tapping the wrong thing, or sending your paint bucket to the wrong portal.

The graphics, while simple, convey what the game needs to convey admirably. Your little paint bucket avatar is adorable, and as he moves and teleports, he sloshes paint onto the level, adding a bit of color to the somewhat drab backgrounds. The retro aesthetic is one that is being beat to death in games these days, and luckily Telepaint nails it by using the pixel style as a compliment to the rest of the game’s systems instead of a constant reminder of how “cool” or “hip” the game is.

The music though is hit-or-miss. It has a really catchy 80’s synth feel going, and I have to admit I am a sucker for the whole Neon-Noir sound. But the developer claims that all movements and actions in the game are synced to the soundtrack, and after 100 levels you can’t help but notice a distinct lack of variety. While it’s pleasant at the beginning of the game, by the end I was playing with the sound off.

Telepaint was an incredibly enjoyable experience, and at a mobile price point, you can’t beat the value. For one small purchase you’ll get the whole game with no ads and no in-app purchases. I hope the developer, Acid Nerve, continues their foray into the mobile market. With so many uninspired clones and copycats on the App Store, Telepaint is a puzzler that stands apart from the pack in quality.

Retro City Rampage DX Review: A WINNER IS YOU