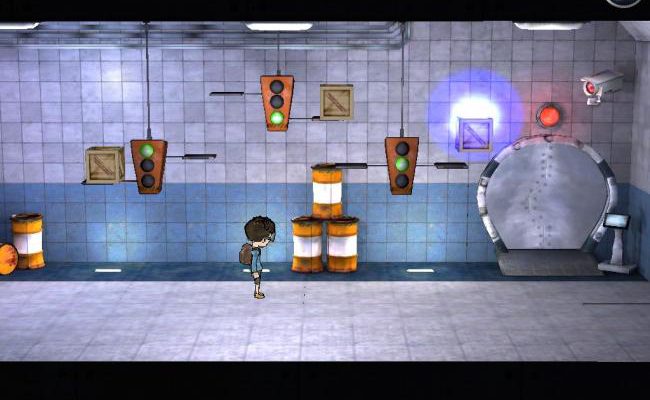 I think I’ll go with invisibility instead

If I had telekinesis when I was Kyle’s age, I think it sure would have made getting through middle school a whole heck of a lot easier! In Telekinesis Kyle, players take control of a young boy named Kyle, who gets dropped off at a secret research facility to learn how to fine-tune his telekinetic powers. However, things are not all how they seem, and soon after Kyle arrives, his new mentor Dr. Professor begins to show some questionable ulterior motives. But even with the whimsical and character-driven humor of games like Psychonauts on its side, there’s too much about this puzzle-platform adventure that clatters to the floor like a loud metal crate with no kinetic energy to keep it in motion.

In each level, the goal is to solve a singular environmental puzzle with your telekinetic abilities before moving through a big steel door and going on to the next. There are 27 total levels in Telekinesis Kyle, with the first 7 being available for free, and the remaining 20 unlocked after a $1.99 in-app purchase. However, each level in the game is incredibly short, and they can all be completed in well under a minute each without really even trying. In a feeble attempt to boost up the replay value, you’re also randomly able to earn up to 4-stars on each level, although it’s never made clear what the parameters are for scoring a perfect run, nor does earning 100% in the game offer any foreseeable bonuses to push the experience beyond a mere hour. 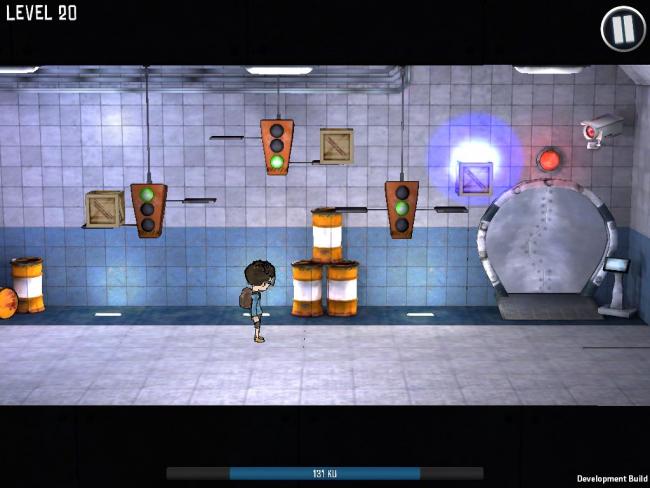 But what’s worse is that none of the levels are all that particularly challenging, let alone enjoyable. Each “concept” in Telekinesis Kyle falls under one of the following categories: move a crate around the room to jump to higher ledges; put a gear inside of a control box to make corresponding ledges move around; replace pieces of a pipeline to control the flow of water or fire; or redirect lasers with mirror-type corner pieces of objects. Kyle can move several different objects at a time with his mind, although he can also exhaust his powers if he tries to do too much at once: as reflected by the blue meter at the bottom of the screen, which causes everything to fall out of the air if fully depleted. These different gameplay mechanics are incredibly bland in their own right, and it certainly doesn’t help that the factory/secret underground laboratory setting does nothing out of the ordinary, or ever really changes things up visually throughout your brief stint with the game.

There are two different control options in the game, with the primary one utilizing touch-and-drag gestures onscreen to move Kyle and manipulate the puzzle-filled environments around him. The responsiveness of the game’s controls are flaky at best, with Kyle often not moving the objects to where you tell him, crates getting stuck on floor buttons and causing doors to open and close at seizure-inducing levels, and never any parameters or consistency for what kinds of jumps Kyle can or cannot make in the game. If you choose the virtual gamepad option, you’ll be able to move left and right by tapping on-screen buttons, but I couldn’t for the life of me figure out a way to use my telekinesis powers on the actual in-game objects with this control scheme: there just didn’t seem to be a button for it. 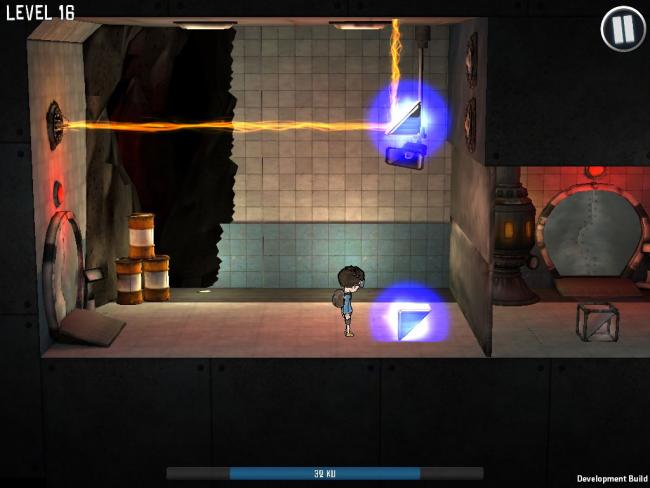 Sadly, there’s just so much that feels unfinished about Telekinesis Kyle that it renders the entire thing more like a simple tech demo, rather than an actual game you’d want to pay money for (not to mention the peculiar and permanent “Developer Build” watermark that sits in the bottom-right corner of the screen at all times, even in the final version of the game). For one thing, none of the characters’ mouths move in the slightest to match the voiceover work, and Kyle looks like he’s rendered in a completely different art style than everything else around him, which really comes across as a bit jarring, to say the least. The only thing that’s really stellar in design is the game’s moveable map screen, while the thin attempt at whatever kind of “story” here is over just as quickly as it begins.

I had a tough time sitting down to write this review, because I really wanted to like Telekinesis Kyle – I really did. And after playing it myself, I can really see the heart that went into the title, and the underlying influence of colorful and personality-driven puzzle-platformers like Psychonauts, and the lofty ambitions of physics-based gems like Portal. But the truth is that none of the successful elements from its inspirations are even remotely replicated in a well enough form here to make for a truly enjoyable game. Telekinesis Kyle is too clunky, too short, and too unfinished in so many ways, that I wouldn’t be surprised if we saw our titular hero trading in the mind control for some other more interesting super power later on down the road.