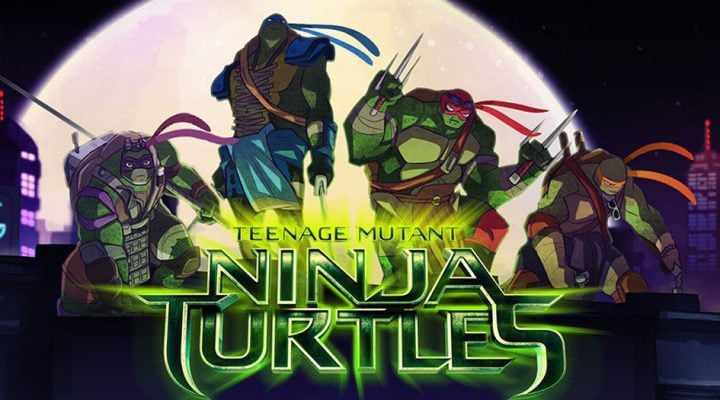 The combat is simple, yet intuitive.

The game is way too easy, and gets dull after a while.

The Teenage Mutant Ninja Turtles and the beat ’em up genre have a proud shared history, with the fighting humanoid turtles having been in some of Konami’s finest beat ’em ups in the 80’s and 90’s. So with the franchise’s latest resurrection hitting theaters, a beat ’em up movie tie-in seems all too appropriate.

Thankfully someone at Nickelodeon had the smart idea to work with The Game Bakers, who have experience with beat ’em ups, with last year’s Combo Crew (which ended up with a few licensed characters of its own). On paper, it’s the ideal match. Except that, perhaps in the name of targeting a younger audience, the core of what made Combo Crew so great has been dumbed down a bit too much.

This is a beat ’em up: a game where the goal is to defeat all the enemies in a level to beat it, simple as that. All of a character’s actions are controlled by taps and swipes.  The Game Bakers have simplified Combo Crew’s gesture-based system to where just swiping in the cardinal directions, along with taps for blocking and charge attacks, are used to attack enemies. This makes the game really quite accessible, as opposed to Combo Crew’s learning curve, which required a decent amount of time playing it to get used to the combat.

This is great for the kiddie audience, sure, and for people like myself who played the original Konami beat ’em ups in the arcade as a kid, I have no complaint about this. It’s nice to just jump in and start thrashing away on baddies. Plus, it doesn’t mean that the combat is shallow at all. It’s easy to just frantically swipe everywhere, but with attacks to counter and enemy defenses to break, smart play (such as knowing how to counter attacks, execute blockbreakers, and to juggle enemies) is key.

Plus, with the attack selection system, it’s possible to customize attacks to one’s preferred play style. Want to have a varied assortment of attacks, or want everything to juggle enemies? The game is here to satisfy you, dear consumer. 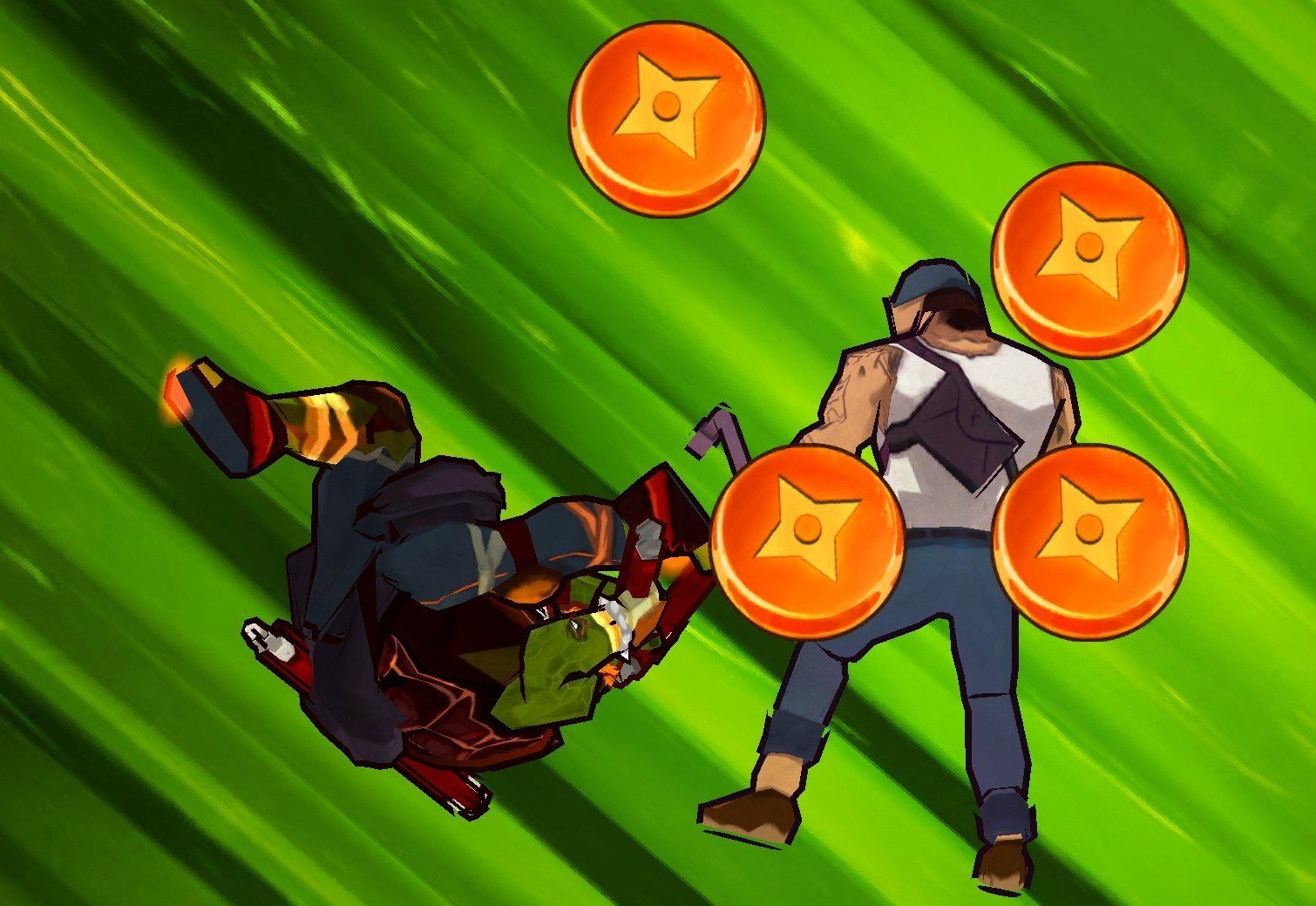 The thing that sinks this otherwise-wonderful package is that it’s just terribly easy. I’m not sure I died at all in the main game, only meeting my maker after an extended run in the survival mode. The Game Bakers really dialed down the challenge for this game. Which, again, for the target audience is great I suppose, but I’d also give kid gamers a bit more credit. After all, have you seen what they’re building in Minecraft these days? Anyone who pays attention to the game, learns to counter and build up the combo meter, will do well.

And the game just gets a bit dull when there’s no fear that the next fight could be a loss.

The game also uses in-app purchases while sporting a $3.99 purchase price. Those who stick with one character and get three-star ratings while also completing the optional objectives won’t have much to worry about: they can buy plenty of new moves and upgrades. But those who want to play as a bunch of different turtles, or perhaps are not well-versed in beat ’em ups? You’ll be shelling out for the IAP.

I’m fine with in-app purchases in premium games, but this just feels more like a stupidity tax. 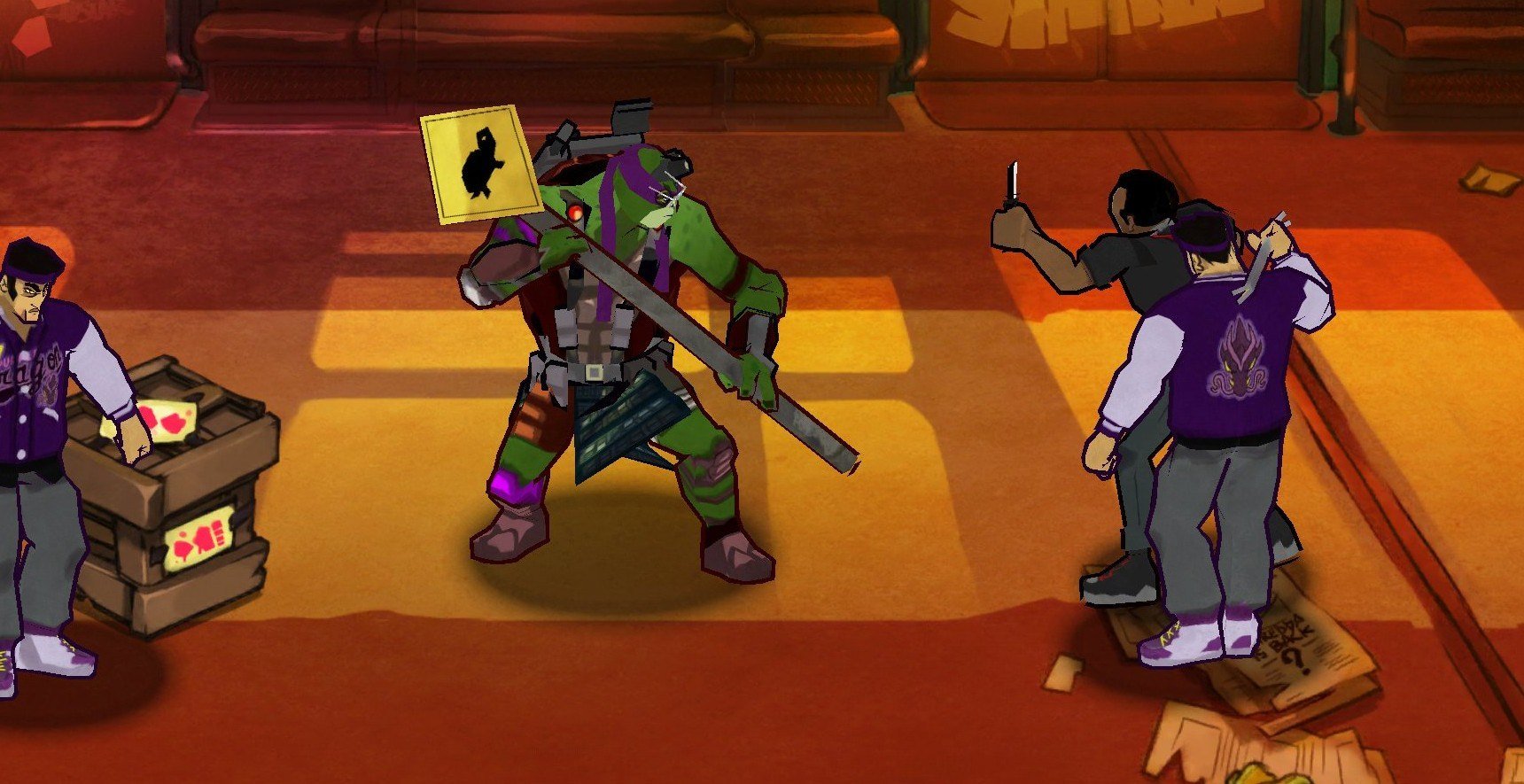 So, really, I’m of two minds regarding Teenage Mutant Ninja Turtles. The game’s got a fantastic and refined beat ’em up at its core – The Game Bakers did a great job at that. But it feels a lot like it could push back a bit more while still generally targeting the younger, less-experienced audience that it’s aiming for. And the real catch-22 is that while Combo Crew provides more of the depth and challenge that I think this game could use (plus it has Blanka), I also feel like this game serves as a wonderful tutorial for that one.

Teenage Mutant Ninja Turtles wasn’t the worst several hours I’ve spent with a game by a long stretch, but I found it disappointingly lacking.