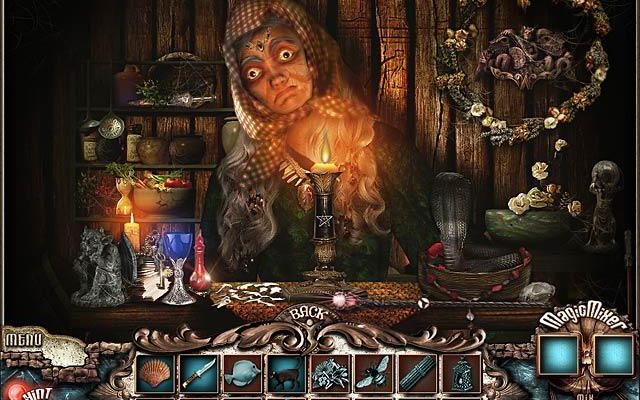 The official description for hidden object adventure Tearstone is pretty vague, but after playing it, you’re likely to find it fits the game perfectly. In fact, to do the title justice, the description would have to read something like: “A vague hero goes on an inexplicable quest to help a friend of dubious origin achieve an ambiguous goal.” While Tearstone’s concept isn’t the greatest, the good news is that it works to offer a more unique and challenging form of hidden object gameplay, albeit with some inconsistencies.

As Tearstone starts, you receive a letter from your friend, Professor Haise, who claims to have made a great discovery. He urges you to come to his location and so you set out, and nose your way through a series of strange places meeting even stranger characters who hint at a mysterious land called Tearstone. Not finding the professor, you assume him to be waiting for you in this mythical place, and from then on you must employ all your powers of deduction to gain entrance to it. 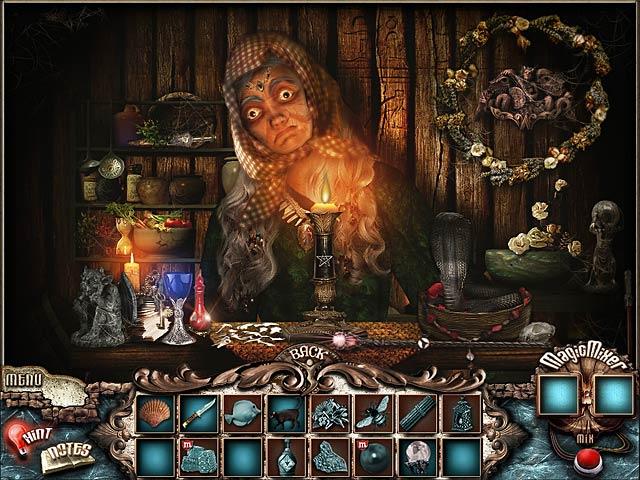 Tearstone’s more like a traditional point-and-click adventure than a hidden object game, at least as far as its difficulty goes. Although it contains the trappings of a hidden object title—like lists of items you need to find—it also asks you to find these items at different times, in different locations. Further, it asks you to combine items and make new ones using a fun little gizmo called the Magic Mixer. Spinning gear icons appear onscreen to clue you in to areas that require the use of an item but beyond that, don’t expect a lot of hand-holding. Tearstone states your objectives (which can be referenced at any time in your handy little notebook) and while there’s still a hint button to help you if you get really stuck, the game fully expects you to use the ol’ brain cells to figure out how to achieve them. The game’s unsettling artwork sets a dreamily dark mood for all this solution-seeking and its ambiance is well supported by the mysterious, moody and slightly mournful (Enough m’s for ya?) musical score.

While Tearstone is definitely unique by virtue of its singular approach to hidden object gameplay, it frequently undermines itself with its vague (or even misleading) puzzles, inconsistent player feedback and muddled, all-over-the-map storyline. Puzzles in Tearstone are challenging for the most part, and the best ones require you not only to pay careful attention to your environment, but to make logical connections. However, some puzzles have explanatory “help” buttons while others don’t, and inconsistent interactivity forces you to revisit scenes way more often than you’d really like to. Further, the only way to solve many puzzles is to click frantically on every square inch of the screen, hoping to accidentally find the items necessary to them. All this can be fairly exhausting. 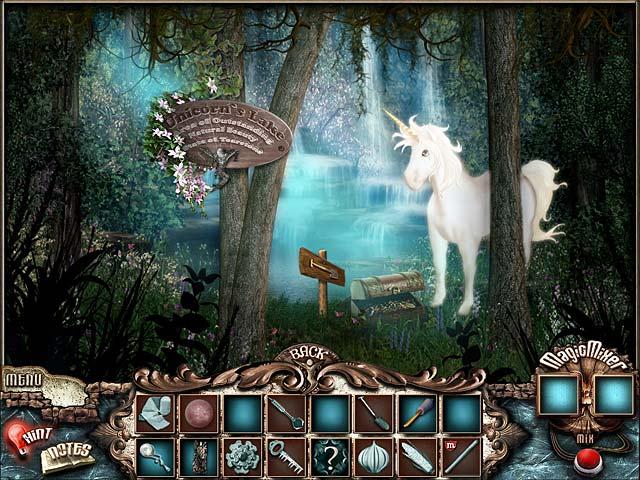 In a genre so flooded with games, where it’s hard for individual titles to stand out, Tearstone at least succeeds in being memorable. Old school adventure fans and gamers who enjoy more of a challenge will embrace the game’s limited feedback, lack of hand-holding and complex, far-flung objectives. More traditional hidden object players however, might find themselves frustrated with its convoluted storyline and sometimes inconsistent puzzles and interface. Ultimately, each gamer’s enjoyment of the game depends entirely on his or her level of skill and more importantly, patience.