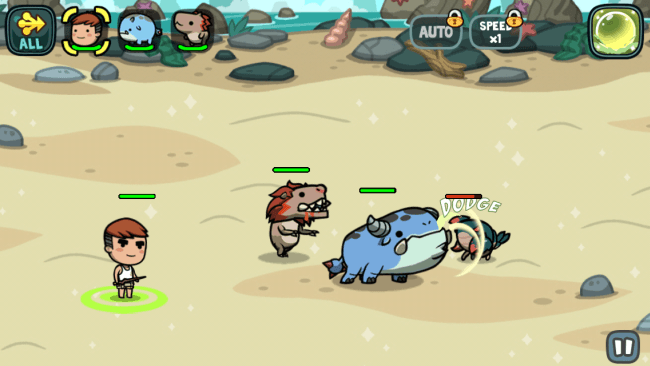 A neat idea that starts to feel old quickly

Team Monster is another one of those combination games that hybridizes a couple of gameplay ideas, in this case monster collection with line-drawing strategy, and actually manages it to great effect. Within the first minute I was intrigued by the idea (and the lovely visuals). After a couple of hours, however, the glacial pacing had drained almost all of the fun out of it.

When a lone human and a talking chicken wash up on the shores of a mysterious island, it doesn’t take long for adventure to follow. Within moments of regaining consciousness the duo encounters and befriends a wild monster, who then jumps to their defense against some other far nastier denizens. Once the tutorial dust settles, players will have a team of up to four creatures to command as they fight their way through wave after wave of corrupted monsters and really, really large bosses. It’s all about dragging a line from creatures to their targets (locations, enemies, or allies) and knowing when to activate their special abilities – which will vary depending on whether a monster is a Ranged or Melee Attacker, Healer, or Tanker. 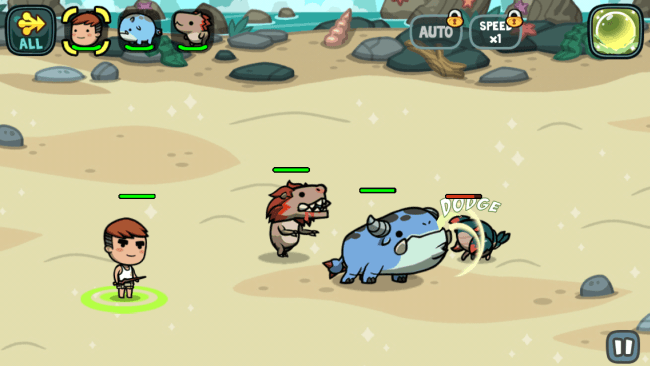 Aside from looking absolutely fantastic – which it does thanks to some great-looking creatures and animations – Team Monster also manages to nail the controls quite well. Dragging to various targets is a snap, and it’s also possible to do the same using the monster portraits at the top-left portion of the screen. Dragging from portrait to portrait, portrait to enemy, ally to portrait, and so on ensures that it’s always possible to issue the proper commands no matter how hectic the battlefield gets. And I have to say, being able to drag from the “All” icon is fantastic. It contextually issues orders to the entire team all at once – move or attack, with non-attackers (i.e. Healers) not doing anything.

It all starts to fall apart after extended play, however. Once the leveling-up slows down, players will have to sit and wait for their energy to recharge before they can take on more levels. At the same time, the difficulty spikes significantly and will require a fair amount of grinding – which feeds into the energy system again. The worst offender, however, is the speed (or lack thereof) with which new options open up. The initial team of four and enhancement options open up fast enough, but arenas, boosters (temporary boosts that can be bought before a level), and even monster fusion will take a lot longer to earn. 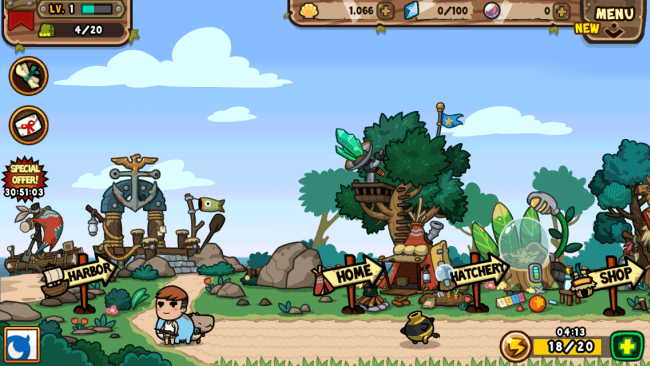 It wouldn’t be quite so bad if leveling-up didn’t take so freaking long. The free-to-play monetization is almost as problematic as the energy mechanic, too. Only Crystals and Cash (premium currency that oddly looks like pearls) can be used to summon monsters, and these currencies can only be earned as achievement rewards or by replaying specific levels a certain number of times. It turns progression into an incredibly dull grind.

Team Monster has lots of potential. It looks great, and it balances the line-drawing and monster collection quite well, but the energy mechanic and monetization drain almost all of the fun out of it. With a lot of patience it can still be quite a bit of fun, but there are plenty of other more gratifying games to play out there.