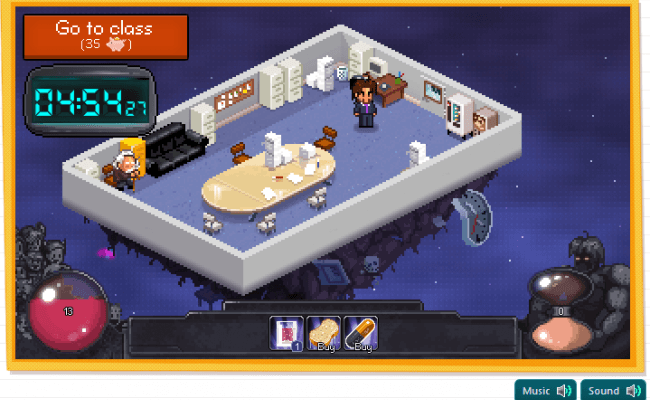 We don’t need no education

In the punishing world of academia, even top students can lose momentum and begin to slack off. And though it may break the professor’s heart, he or she will have to break out the red pen and penalize the student’s work accordingly. Similarly, it’s painful to award Teacher Story with anything less than an A. This web-based strategy game provides a unique experience and wads of hilarious writing, but the mandatory long, long waits in between play sessions bung up the game’s final mark.

You play through Teacher Story as a young teacher who is probably the subject of schoolgirl fantasy. You need to drill some learning into your kids’ brains, but true to a real high school class, you’re basically in charge of a passel of oversexed baboons. Your students aren’t bad, but they have endless ways to get on your nerves, and your supply of self-control only stretches so far. 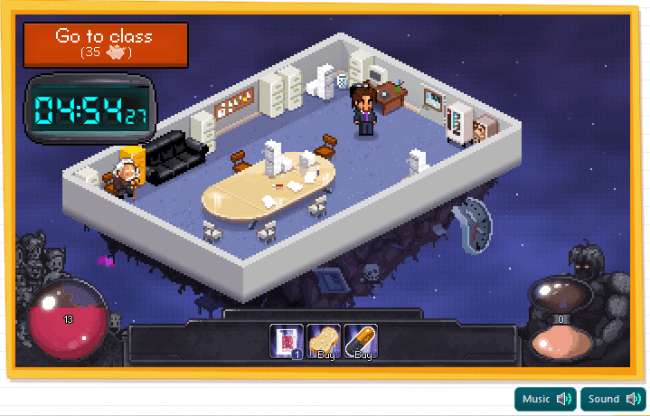 Teacher Story is best described as a simple turn-based strategy game. Each student has two meters: a grey “Boredom” meter, and a red “Learning” meter. If you manage to deplete the red meter, you’ll have taught that student successfully for the day—but you need to deplete the Boredom meter before you’re allowed to access the red stuff. Ideally, you want everyone to be educated and calm before ten rounds have passed.

At the start of each turn, a slot machine rolls up two random actions that can potentially deplete the grey and/or red meters. Normally, you’re granted one action per turn, but sometimes you get lucky and are allowed to attack (er, educate) twice. There are also optional secondary commands that don’t take up any turns, though some of these must be purchased with the game’s in-game currency (coins).

Your kids resist your teachings. They chatter, they throw things, they ask dumb questions, they ask to go to the washroom and then disappear for ages, gobbling up precious turns. They can even get sick, which really turns the classroom upside-down. As you progress, the students become more easily distracted and harder to teach. Things can get pretty intense as your self-control boils to vapor and your turns tick down to zero. 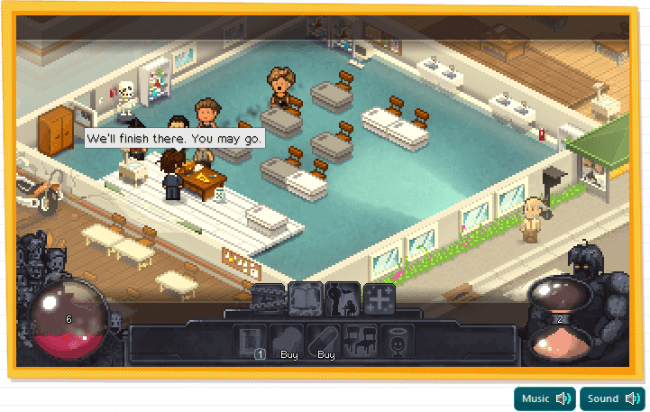 Despite some rare occasions where the Twinoid team forgot to translate the game to English from its native French, Teacher Story has some pretty funny writing and visuals. For instance, the teacher’s lounge seemingly exists in a dark, Dali-inspired dimension. It makes sense: even those of us who’ve been away from school for years still regard the teacher’s lounge as a mysterious, ethereal place.

There’s so much to love about Teacher Story, but it has some thick red marks gashed across it. Its biggest sin is requiring you to wait five hours in between teaching classes. Teaching a class takes a few minutes at best, and then you’re penned up in your bedroom or the teacher’s lounge for a long wait. You can buy coins that will allow you to get right back into teaching, but for that, you need real-world cash. 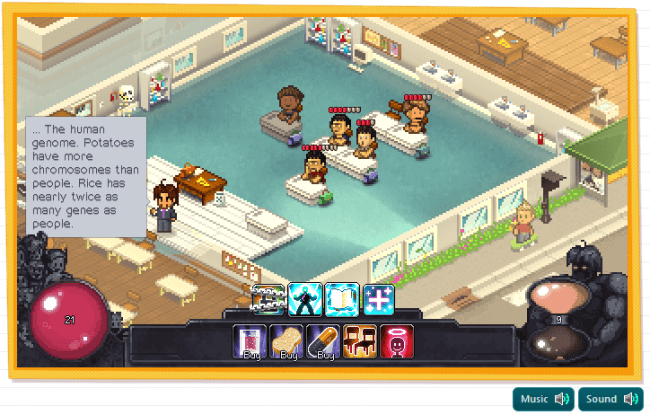 There’s also the matter of self-control. It doesn’t refill in between classes, except by a tiny fraction if you decide to sacrifice your other end-level bonuses. You can take a longer rest to recharge a major chunk of your energy if you don’t mind waiting fifteen hours for your next class.

Like some of your past educators, Teacher Story is flawed loveliness. With any luck, Twinoid will release an all-inclusive version of the game that does away with its obscene waits.